BP Execs Should Go to Jail 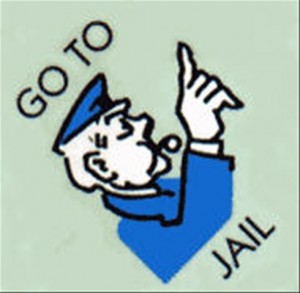 BP is a blatant repeat offender — a serial criminal. In 2005, BP's criminal conduct resulted in an explosion at its Texas City Oil Refinery that killed 15 people; this was followed by the Prudhoe Bay, Alaska pipeline oil spill in 2006. In both cases multi-million dollar criminal fines were imposed. BP also paid hundreds of millions of dollars in civil and administrative fines for Occupational Health and Safety Administration and environmental violations. And now, BP is responsible for yet even more deaths and an environmental disaster of devastating proportions.

The multi-million dollar criminal fines paid by BP did nothing to deter its risky ongoing conduct. The fines were simply a cost of doing business for BP. The only way to change this dynamic is to not only charge the corporation but also those individuals responsible for the corporate crime.

If only a portion of the facts that led up to the explosion that have been reported in the media are true, there will be ample evidence to support a criminal prosecution. But the prosecution should not be limited to corporate entities. Reports of employees being pressured not to report problems and failures to follow the company's own internal safety and compliance policies, indicate — at best — a cavalier disregard for the risks inherent in the oil and gas business.

LONDON (BNO NEWS) — The chief executive of BP, Tony Hayward, told a London newspaper that he does not fear the threat of jail and he is not quitting after the spill in the Gulf of Mexico, despite public and government outcry.

In an interview published on Sunday, Hayward said the thought of stepping down “had not crossed my mind”, he told The Sunday Telegraph.

“I’m not anxious about being arrested,” Hayward said, when asked about the possibility some of BP’s executives could end up in jail. U.S. Attorney General Eric Holder said last week that civil and criminal investigations are underway in connection with the spill.

“The criminal investigation will proceed and will draw whatever conclusion it draws. The only thing I’m losing sleep about is the leak,” said the BP CEO.

Holder is investigating possible environmental crimes, false statements and actions on behalf of some individuals.

Among the statutes Department attorneys are reviewing are the Clean Water Act, the Oil Pollution Act of 1990, the Migratory Bird Treaty Act and Endangered Species Acts and other traditional criminal statutes.

(Copyright 2010 by BNO News B.V. All rights reserved. This material may not be published, broadcast, rewritten or redistributed without explicit prior permission from BNO News B.V. Contact sales@bnonews.com for more information about subscriptions.)