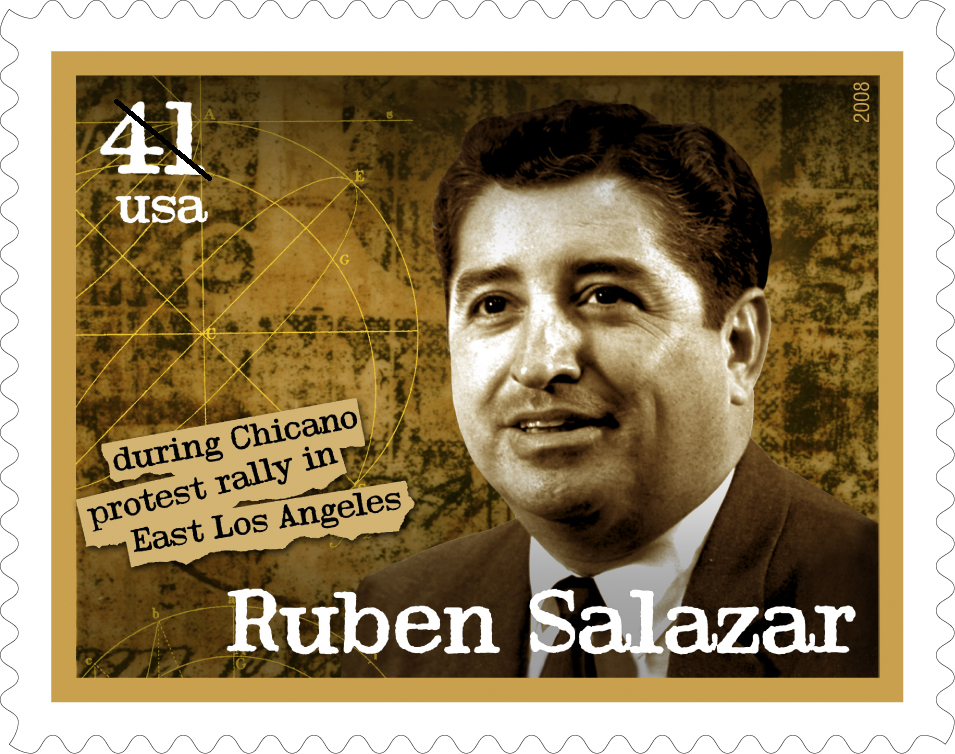 The Los Angeles Times has been publishing articles about the files on Ruben Salazar's death being kept secret. Here's an excerpt from my autobiography, Confessions of a Raving, Unconfined Nut: Misadventures in the Counterculture:

No wonder Mae Brussell was so excited. The attempted burglary of Democratic headquarters at the Watergate Hotel in Washington, D.C., in June 1972 had suddenly brought her eight and a half years of dedicated conspiracy research to an astounding climax. She recognized names, methodology, patterns of cover-up. She could trace linear connections leading inevitably from the assassination of JFK to the Watergate break-in, and all the killings in between.

There was, for example, the murder of Ruben Salazar, a Los Angeles Times reporter, at the first Chicano-sponsored antiwar protest. Salazar had been working on an exposé of law enforcement, which would reveal secret alliances among the CIA, the Army, the FBI, California's attorney general, and local police authorities. L.A. District Attorney Robert Meyer received a phone call from L. Patrick Gray – who had recently become acting head of the FBI after J. Edgar Hoover's death – telling him to stop the investigation.

Meyer did quit, saying it was like the “kiss of death” to work with these people. Mae called Meyer, asking if he would help with her research. She wanted to find out why the Justice Department in Washington was stopping a D.A. in Los Angeles from investigating the killing of a reporter.

A month later, Meyer was found dead in a parking lot in Pasadena. And now L. Patrick Gray was involved in an even bigger cover-up.

A year before the Watergate break-in, E. Howard Hunt, who had worked for the CIA for twenty-one years, proposed a “bag job” – a surreptitious entry – into the office of Dr. Lewis Fielding, a Beverly Hills psychiatrist who had refused to cooperate with FBI agents investigating one of his patients, Daniel Ellsberg, leaker of the Pentagon Papers.

It was the function of the White House “plumbers” to plug such leaks. The burglars, led by G. Gordon Liddy, scattered pills around the office to make it look like a junkie had been responsible. The police assured Dr. Fielding that the break-in was made in search of drugs, even though he found Ellsberg's records removed from their folder.

An innocent black man, Elmer Davis, was arrested, convicted, and sent to prison, while Liddy remained silent. Mae Brussell corresponded with Davis, and after he finished serving Liddy's time behind bars, he ended up living with Mae. It was a romance made in Conspiracy Heaven. ...

Paul Krassner is the editor of The Realist. His books include: Pot Stories for the Soul, One Hand Jerking and Murder at the Conspiracy Convention. He can be reached through his website: http://paulkrassner.com/