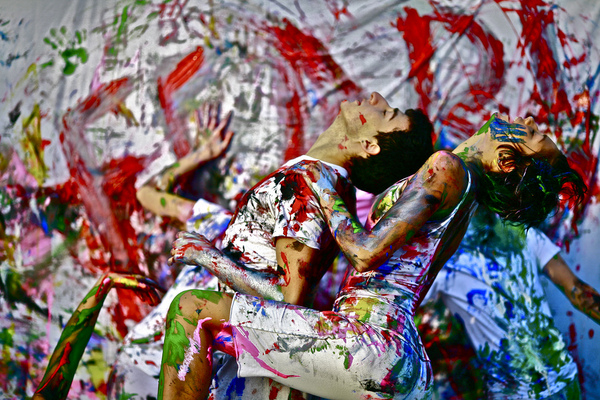 News about Ergenekon, the name given to an alleged plot by secularist ultranationalists to topple the Turkish government, has been keeping Turks spellbound since the summer of 2007, when an investigation into the conspiracy began. The investigation and the ensuing trial of those accused of being behind the plot, was supposed to shed light on Turkey's notorious "Deep State," a term used to describe a shadowy zone where state interests intersect with lawless and corrupt elements of the bureaucracy, military, and the security establishment.

The case is huge, as is the number of people arrested in connection with it -- many of them some of the current Turkish government's most vocal critics. As the case has evolved, Ergenekon has become a deeply polarizing and highly politicized issue in Turkey. One of the case's strongest critics has been Istanbul-based researcher Gareth Jenkins, author of an August, 2009 report for the Washington-based Silk Road Studies Program that suggested the Ergenekon file was built on a very flimsy foundation (you can find the report (pdf) here).

Jenkins has a new report out, which says that year later, the Ergenekon trial is moving further away from being resolved or from offering any more clarity. From the report:

July 10, 2010 marks the second anniversary of the publication of the first indictment in what has become known as the Ergenekon case. A total of over 600 suspects have been detained, of whom more than 400 have been formally charged in indictments running to thousands of pages and backed by more than a million pages of supporting evidence. Yet the prosecutors have yet to extract a single confession, much less produce any convincing proof that the clandestine network they described even exists. Indeed, far from strengthening the prosecutors’ case, the increasing volume of “evidence” has steadily undermined it. Most disturbingly, not only is much of the material self-contradictory or manifestly absurd but – particularly in what has become known as the Sledgehammer investigation – some appears to have been manufactured. For more background on Ergenekon, take a look at this very interesting study(pdf), also from last year, by Akin Unver, currently a professor Turkish studies at Princeton University. http://www.eurasianet.org/node/61524

Report: Ergenekon is our reality

Turkish NGOs defend Ergenekon investigation with report from Hurriyet Dailynews. The legitimacy of the Ergenekon case has now been defended on a point-by-point basis by two civil society organizations that ...