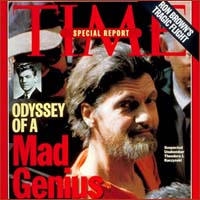 “… While it is true that my brother suffers from paranoia, it is also true that he fell victim to a conspiracy of psychological researchers who used deceptive tactics to study the effects of emotional and psychological trauma on unwitting human subjects. My brother was harmed by psychologists who recognized – at least tangentially – that they were hurting him yet who made no attempt to undo or ameliorate the harm they’d caused to their young and vulnerable subject. Thus, it would be fair to say that my brother’s paranoia had a reference point in reality. … How could my brother kill people and feel no apparent remorse? Maybe his mind was severely damaged. It could also be that he became a spiritual prisoner of the very thing he hated. …”

Ted and the CIA 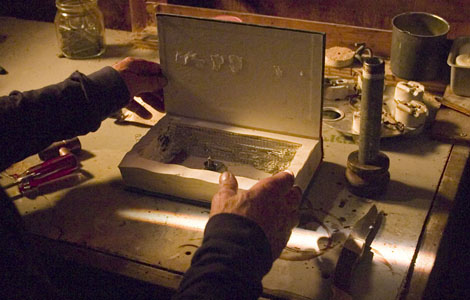 Was my brother, Ted Kaczynski (AKA “the Unabomber”), a sort of “Manchurian candidate” – programmed to kill by our government in a CIA-funded thought-control experiment gone awry?

I hope you will excuse the provocative question – especially since I don’t know the answer to it.

What I do know is that my brother was a guinea pig in an unethical and psychologically damaging research project conducted at Harvard University where he attended college in the early 1960′s. While it is true that my brother suffers from paranoia, it is also true that he fell victim to a conspiracy of psychological researchers who used deceptive tactics to study the effects of emotional and psychological trauma on unwitting human subjects. My brother was harmed by psychologists who recognized – at least tangentially – that they were hurting him yet who made no attempt to undo or ameliorate the harm they’d caused to their young and vulnerable subject. Thus, it would be fair to say that my brother’s paranoia had a reference point in reality.

Fifteen years after his experience at Harvard, Ted Kaczynski embarked on a mail bomb campaign that targeted leading researchers in technology, behavioral psychologists among them. Is there a connection between my brother’s violent behavior and his earlier experience as a guinea pig at Harvard? It seems there must be some connection. But how much connection? And what role might the US government have played in unleashing the Unabomber’s anti-social behavior?

After the revelation of Nazi atrocities following World War II, the civilized world struggled to absorb the lessons of such overwhelming horror. “Never again!” became a catch phrase that summed up civilization’s moral resolve to prevent a recurrence of organized dehumanization on such a grand scale. Moreover, the post-war Nuremberg trials revealed the extent to which Germany’s scientific establishment had lent itself to the Nazi agenda through cruel, harmful, and often lethal experiments performed on unwitting or unwilling human subjects. From the Nuremberg revelations emerged the so-called Nuremberg Code – an ethical standard that limited scientific research on human subjects, requiring that research participants provide “informed consent” to researchers before they could be studied at all.

However, it is by no means clear that the “mad” Nazi scientists represented a purely negative example to all. Some Nazi scientists deemed highly useful in our post-war competition with the Soviet Union were readily absorbed into what President Eisenhower later called “the military-industrial complex.” Pressures of the cold war insinuated top-secret government agendas into civilian universities through the funding of various clandestine projects, including research on human subjects. In 1967, according to the CIA’s internal assessment, there were literally hundreds of college professors on more than 100 American college campuses under secret contract to the CIA. Needless to say, universities like Harvard that wanted a piece of the action decided to dispense with the ethical standard embedded in the Nuremberg Code. From 1953 to 1963, federal support for scientific research at Harvard increased from $8 million per year to $30 million.

One secret CIA research project that used unwitting American citizens as subjects was code-named MK Ultra. It lasted 10 years and ended in 1963, shortly after Ted graduated from Harvard. MK Ultra experiments used sensory deprivation, sleep learning, subliminal projection, electronic brain stimulation, and hallucinogenic drugs to study various applications for behavior modification. One project was designed to see if subjects could be programmed to kill on demand. Experiments were conducted in penal institutions, mental institutions, and on university campuses. Some hapless human subjects went crazy, and some are known to have committed suicide.

When the media began to catch wind of a program of secret government experimentation on American citizens, former CIA director Richard Helms ordered many records pertaining to MK Ultra destroyed. Thus, the full scope of the program and its abuses may never be known. 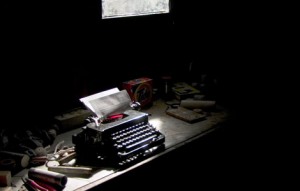 The Harvard study my brother participated in was called “Multiform Assessments of Personality Development Among Gifted College Men.” It was overseen by the noted psychologist Henry Murray, who during WWII worked for the OSS (which later became the CIA), where he developed methodologies for interrogating prisoners of war. In his professional life, Murray was known for his brilliance and his grandiosity. In his personal life, according to his biographer, he displayed sadistic tendencies. His research on college men bears a certain resemblance to his research on prisoners of war. He was quite a big wheel in his day, perhaps as well known and influential in military and government circles as he was in academia.

Were the so-called “Murray experiments” part of MK Ultra? It may be that no one living knows the answer to this question. We know that the experiments were highly unpleasant for my brother and for some others who participated. We know that the basic premise of the research was to study how bright college students would react to aggressive and highly stressful attacks on their beliefs and values.

It may seem that I am trying to provide my brother with a handy excuse – a deflection of blame – for having killed three people and devastated numerous lives. But that is not my point. I believe that we are both individually responsible for our actions, and collectively responsible for conditions of harm and injustice that exist in our world. My brother was a victim before he victimized others – and in this he is hardly unique. Those who victimized him exercised cruelty with impunity, and quite possibily with the best of  intentions. Status and power are hardly guarantees of good judgment or good character. Thus, the lessons we must learn are complex. The search for one quintessential villain is generally a mistake, a displacement of both understanding and responsibility.

What was done to my brother at Harvard should never be allowed to happen again. Our best insurance against inflicting harm on others – as was done to Ted and by Ted – is to avoid objectifying human beings, and to approach others with compassion.

How can a reasoning person conflate his personal issues with a cause so that he ends up killing people wantonly and almost randomly?

I’ve struggled with this question for a long time. One answer comes immediately to mind: My brother became the Unabomber as a result of a mental illness involving paranoia and delusions of reference. Clearly, he personalized his sense of the world’s wrong in a way that most of us do not. He wrote in his diary that he’d decided to take “revenge” on society – as if there were some actual entity answering to the name “Society,” as if his victims somehow represented Society with a capital S, as if they had consciously harmed him, as if the concept of revenge made any sense in this context.

The longer I live, the more impressed I am with the remarkable complexity of the human mind. Our minds demonstrate capacities for knowing, remembering, imagining, and balancing all sorts of sensations and polarities. We have the capacity to think (whatever that means) on various levels simultaneously. The focus of thinking shifts involuntarily as well as voluntarily. Even without intending to, we speak like poets, instilling the universe with meanings beyond categorization. The mind is a miracle of integrative functions. It has seemingly infinite ways of apprehending the wider world and of relating to itself. What we call “reality” is arguably a seamless integration of mind and world.

Either by aspiration or accident, we often grow wiser with age. The mind is always changing. Sometimes it decays. It also discovers new ways of enhancing its breadth and power. Meanwhile, the mind is also highly vulnerable – to trauma, to disease, to propaganda, to uncorrected mistakes in thinking. How can a mind, lacking any transcendental reference point, know how to heal or correct itself?

Buddhist teachers say that we all are on a path to mental health, i.e. “enlightenment.” I’ve often argued that violence in the surest sign of a mind in serious trouble; and conversely that practicing compassion is the best antidote to mistaken thinking – the best way to restore our mind’s exquisite balance and integrative functions. A similar analysis, I suppose, can be applied to the behavior of communities and nations.

So, back to the question posed in my latest post:  Was my brother a sort of “Manchurian candidate” – programmed to kill by our government in a CIA-funded thought-control experiment gone awry?

This question can be distilled further: Were the Murray experiments – imposed on my brother at Harvard – part of the CIA’s secret MK Ultra mind-control project that used unwitting American citizens as experimental subjects?

I applaud investigative reporters who research such topics, and advocates who push for greater transparency in government. The government has no business getting involved in things like MK Ultra – and if it is, we should know about it.

As concerns Ted, however, I’m not sure that the answer to this particular question matters very much. The outcome is the same even if the Murray experiments were not closely linked to MK Ultra. The human mind – because of its inherent complexity – may be easy to damage and disrupt, but it is also very difficult to control. Thinking clearly and keeping an open mind, I believe, entails some considerable tolerance for ambiguity and mystery. So, while it is not implausible that my brother may have been harmed in a mind-control project funded by the CIA,  I think there is insufficient evidence to say that he was.

What seems clear, however, is that Harvard research psychologist Henry Murray and his team were part of scientific culture that failed to learn and recoil from the grotesquely unethical conduct of Nazi scientists who treated human subjects with no more empathy than they would have treated an inanimate object. Science is especially vulnerable to misuse because it has no inherent loyalty to humane values. Its style of inquiry – even when studying humans – is purely objective. In this respect, its understanding of human beings is fundamentally limited. The potential for abuse increases as technology is used to promote hidden agendas of institutions focused on power or profit.

How could my brother kill people and feel no apparent remorse? Maybe his mind was severely damaged. It could also be that he became a spiritual prisoner of the very thing he hated.