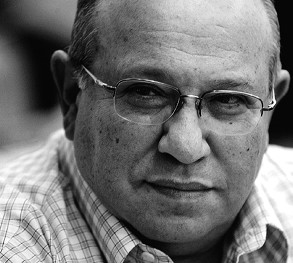 Meir Dagan, head of Israel's spy agency Mossad, says he sees no reason to resign over a scandal-fraught assassination in Dubai, and Prime Minister Benjamin Netanyahu is unlikely to ask him to, a confidant of the Israeli spymaster said on Thursday.

Israel shrugged off on Friday calls for its top spy to be arrested in the killing of a Hamas commander, as pressure mounted after Interpol issued arrest notices for 11 suspects in the Dubai hit.

"The Dubai police have provided no incriminating proof," a senior Israeli official told AFP, asking not to be identified.

"The threats against Meir Dagan are absurd," the Israeli official said. "The accusations are baseless. Police have not explained the circumstances of his death or even any proof that he's been assassinated," he said. Mabhuh, one of the founders of Hamas's military wing, was found dead in his Dubai hotel room on Jan. 20.

Khalfan has said the Hamas official "was strangled after receiving maybe an electric shock." He said the killers had reserved a room across the hall from Mabhuh's in the hotel.

Police said Mabhuh, who was reportedly on a trip to buy arms for Hamas, was transiting on his way to China, then Sudan.

No government has directly accused Israel, although Dubai police chief Khalfan said he was near certain the hit was carried out by the Mossad. Israel's fabled foreign espionage agency has used fake passports in similar operations in the past.

The British Foreign Office, meanwhile, issued a "strong rebuttal" of a story in the Daily Mail, which quoted an unnamed member of Israel's Mossad spy agency as saying London was tipped off hours before the killing.

"Any suggestion that we knew anything about the murder in Dubai before it happened, including about the misuse of British passports, is completely untrue," a spokesman said.

Interpol on Thursday issued arrest notices for 11 suspects -- six listed with British passports, three Irish, one French and one German -- wanted by Dubai for the killing.

On Friday, a senior Hamas commander denied accusations by a Palestinian Authority security official that he had recently been arrested by Syrian police in Damascus in connection with the Dubai murder.

"I was not arrested in Dubai nor in Syria. Everything that has been published is a lie," Nehru Massud, who is a member of Hamas' armed wing, told the Islamist group's Al-Aqsa television channel in an interview from Syria, where he lives.

Ronen Bergman, military correspondent for Israel's Yediot Aharonot newspaper and an expert on Mossad, said whoever carried out the hit was unlikely to get caught.

"The operatives are long gone and the Dubai police has no chance to catch them. They are chasing the wind; they will never catch them," he told AFP.

The killers' use of allegedly fake passports prompted Britain, Ireland, France and Germany on Thursday to call in Israeli envoys for talks at their foreign ministries.

The Israeli official played down the issue. "Israel was only asked to help investigate the use of the fake passports." British Prime Minister Gordon Brown on Thursday stressed the need for a "full investigation," while Irish Foreign Minister Micheal Martin announced "frank" talks with Israel's envoy.

Israeli Foreign Minister Avigdor Lieberman is set to face tough questioning on Monday when he meets European counterparts in Brussels in a trip planned before the Dubai murder.

While some Israeli media have expressed concern the hit placed Israel in the eye of a diplomatic storm, the Haaretz newspaper quoted an official as predicting "the affair will quickly subside."

"Whichever agency carried out the hit, with whatever co-operation from elsewhere, it achieved its critical goals -- the target was eliminated and the squad made its escape," the Jerusalem Post said.