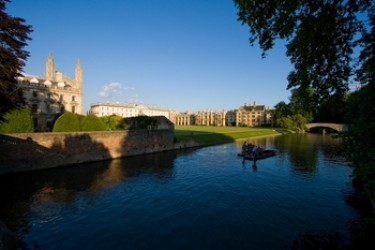 Exclusive: An academic who, as a student, wrote a master’s thesis claiming that there were no gas chambers in Auschwitz, and questioned the scale of the Holocaust, now holds a senior academic post at the heart of the British defence establishment, the JC has learned.

New Zealander Joel Hayward, 44, is now Dean of the RAF college at Cranwell, where Prince William is undergoing pilot training. He was appointed last summer after two years as head of the Air Power Studies Division created by the RAF and King’s College, London. He has lived and worked in the UK since 2004, first teaching strategy at the Joint Services Command and Staff College.

Dr Hayward was at the centre of a bitter controversy in 1993 when New Zealand Jews demanded that Canterbury University revoke his MA, based on a thesis entitled The Fate of Jews in German Hands: An Historical Inquiry into the Development and Significance of Holocaust Revisionism.

The 360-page document, which won praise from, among others, Holocaust-denier David Irving, alleged that there was never an official Nazi policy to exterminate Jews in gas chambers and questioned whether six million Jews were killed.

The relationship with David Irving for some time had the character of a mutual admiration society. Irving, recently jailed in Austria over Holocaust-denial charges, described Dr Hayward as “New Zealand’s leading Holocaust historian”. Dr Hayward, while expressing doubts about Irving’s position on the Shoah, described him as a “researcher, biographer and military historian of outstanding aptitude”.

However, the relationship cooled after Dr Hayward declined to give evidence for Irving in his 2000 libel case against Jewish historian Deborah Lipstadt, and when Irving suggested that the New Zealander had been pressured into changing the stance adopted in his thesis.

The thesis, embargoed for seven years, brought into doubt the nature of the Final Solution. It accused the BBC and other Allied powers of “broadcasting right across Europe a number of atrocity claims. These included allegations that Jews were being exterminated in gas chambers.”

The university ordered an official inquiry into the thesis, which New Zealand’s Jewish Council said had caused great distress to the community and to Holocaust survivors in particular. In its report, finally released in 2000, the university’s inquiry team described it as “seriously flawed” and said its conclusions about the Holocaust were “perverse and unjustified”. But as he had not acted “dishonestly”, they did not strip Dr Hayward of his master’s degree.

Despite his issuing of an apology, in which Dr Hayward said he withdrew his conclusions and “regretted working on such a complex topic without sufficient knowledge and preparation”, and “causing distress to the Jewish community in New Zealand and elsewhere”, the affair still rankles in the community.

David Zwartz, president of the New Zealand Jewish Council at the time of the furore, told the JC: “The matter was really left unresolved. Our main concern was the behaviour of the university... They didn’t listen to the request of the community, which was to cancel the award of the master’s degree.”

Kings College vice-principal and war-studies professor Sir Lawrence Freedman said: “I would be the last person to have an active Holocaust denier on my staff, but this is about a man who, when he was young, wrote a master’s thesis which he has now recanted.”

People all over Europe believed in gassings “without seeing any evidence for them... It is apparent that the descriptions of gassings in eastern death camps, given by former internees and SS personnel, contain many lapses, errors, fabrications and distortions”.

German blueprints and plans for crematoria in Auschwitz, continued the Hayward thesis, were “allegedly” housing gas chambers. But there was “no evidence that these buildings were used for homicidal purposes. On the contrary, the specifications revealed in the blueprints and plans show that the rooms designated as gas chambers could not possibly have held anywhere near the numbers of persons purportedly gassed in them.”

The “gassing claim was irreconcilable with the overwhelming weight of evidence on the nature of official Nazi policy on the Jewish question. That policy... was not of total extermination but a brutal policy of deportation and forced labour. The total number of Jewish deaths is probably impossible to determine — as even scholars holding orthodox opinion agree. Figures range from 4 to 6 million or more. No estimate has been offered in this thesis, although the total would be more than one million and far less than the symbolic figure of 6 million.”

… And What He Says Now

Dr Hayward told the JC: “It was so long ago. Life is a learning process and one learns from one’s mistakes as a young man.”

There were some in New Zealand who still bore a grudge, despite his apology and recantation of his thesis, he said.

“My life experience is that it is a process of learning and that the mistakes of a young man do not carry on into middle age.”

On his website, Dr Hayward writes of his Jewish background and support for Israel.

“My thesis attempted to analyse the phenomenon known as Holocaust revisionism, which I believed I was investigating in an even-handed manner.

“I chose this topic because it combined my three great interests: World War II, the German language, and Jewish history.

“Even before I began my university studies, I had gained a strong reading ability in Hebrew, which I studied because of pride in what I long believed was my Jewish heritage on mum’s side of the family.

“My nana, Myrtle Bush, identified herself as Jewish, and my dear mum and I, more so than my two siblings, took an interest in all things Jewish.”

He had also belonged to pro-Israel organisations and was active in campaigns against antisemitism, he said.