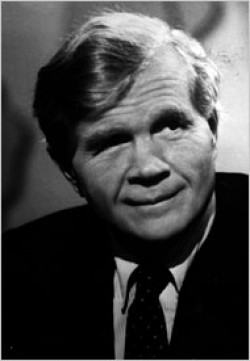 Evan G. Galbraith Jr., a former ambassador to France and a Republican contender for governor of New York in 1994, died Monday at his home in Manhattan. He was 79. The cause was cancer, said his wife, the former Marie Rockwell.

For 15 years before accepting the ambassadorship in 1981, Mr. Galbraith, who was also an international banker, had been chairman of National Review, the conservative magazine founded by William F. Buckley Jr. He and Mr. Buckley were friends from their days together at Yale in the late 1940s. “Extremely close friends,” Mr. Buckley said in a telephone interview on Thursday, observing that he and Mr. Galbraith had sailed together across the Atlantic three times and across the Pacific once.

“He was anti-Communist, an internationalist, a free trader, a capitalist and the most sustained enthusiast I’ve ever met for the causes and people he embraced,” Mr. Buckley said.

As President Ronald Reagan’s ambassador to France from 1981 to 1985, Mr. Galbraith frequently irritated the government of President François Mitterrand with his positions, suggesting in 1984, for example, that Mr. Mitterrand’s Socialist Party was quite likely to lose its parliamentary majority in coming elections. He also said the Communist Party was “sort of outside the law” and should no longer be allowed to take part in the French government. The government called his statements “unacceptable.”

A year later, Mr. Galbraith said that the majority of career Foreign Service officers were “liberals” who were not carrying out Mr. Reagan’s policies with enthusiasm: the best argument, he said, for placing political appointees like himself in important ambassadorial posts. The secretary of state at the time, George P. Shultz, issued a statement disagreeing with Mr. Galbraith.

In 1994, Mr. Galbraith made a bid for governor of New York; he had also tried to run in 1990 but he had not lived in the state long enough. Seeking the Republican nomination along with five others trying to unseat Gov. Mario M. Cuomo, he called for cutting corporate taxes by about half, eliminating most welfare and cutting the state payroll by 25 percent. George E. Pataki won the nomination and the governorship.

Evan Griffith Galbraith Jr., who was known as Van, was born in Toledo, Ohio, on July 2, 1928, a son of Evan and Nina Allen Galbraith. His father was a doctor and his mother was a nurse. Mr. Galbraith graduated from Yale in 1950 with a bachelor’s degree in history and economics. In 1953, he graduated from the Harvard Law School. From 1953 to 1957, he served in the Navy.

After working at a New York law firm, Mr. Galbraith joined the Eisenhower administration as an assistant to the secretary of commerce. He later held management positions in banking, including the chairmanship of Bankers Trust International in London. He was also chairman of a United States holding company for LVMH Moët Hennessy Louis Vuitton, the French conglomerate.

Besides his wife, Mr. Galbraith is survived by a daughter, Christina Galbraith of Manhattan; two sons, John, of Manhattan, and Evan 3rd, of Tuxedo Park, N.Y.; a brother, John, of Toledo; and two grandchildren.