"... Most prominent among the thousands of Nazi war criminals rescued from the gallows and employed by the United States are [Reinhard] Gehlen, Walter Rudolph, Walter Rauff, developer of the Nazi gas chamber, Walter Emil Schreiber, Otto Skorzeny, Emil Augsburg whose specialty was the mass murder of Polish Jews and other 'undesirables.' ...” -- "Bullshit At Nuremberg, Kissinger Joins The Boys, Experiment In Hiroshima, Installing Fascists And It's Not A War Crime When We Do It, MAKING THE WORLD SAFE FOR HYPOCRISY Website.

Emil Augsburg was born in Congress Poland in 1904 and learned to speak fluent Polish and Russian.

"Studious and dedicated, Augsburg earned a doctorate three decades later studying about the press in the Soviet Union. In 1934 he joined the SD; membership in the S Sfollowed. In 1937, Augsburg became associated with the Wannsee Institute."

Between 1939 and 1941 he worked for the Security Police. As part of his duties during World War II Augsburg was responsible for planning the SS executions of Jews and other "enemies of the Reich" in occupied Poland.

"After Augsburg was wounded in an air attack in Smolensk in September 1941, he returned to Berlin to conduct research on Eastern European matters. The RSHA foreign intelligence branch formally absorbed the Wannsee Institute in 1943."

Just before the war ended Augsburg hid at a Benedictine cloister in Ettal, Germany. There he joined a sympathetic Polish monsignor and the pair escaped to the Vatican inRome.

After the war, Augsburg was tried in absentia by the Communist Polish authorities. He escaped punishment because from 1947-1948 he was employed by an American military counter-intelligence agency as an expert on Soviet affairs.

After 1949 he worked for West German intelligence under Reinhard Gehlen.

"By the late 1950s, it was known that Soviet agents were trying to contact Augsburg. In the early 1960s, many people operating in intelligence circles believed Augsburg was working as a double agent.... He was increasingly viewed as a liability and a record of his nefarious wartime activities was compiled to force his quiet resignation. In 1966 Augsburg was dismissed for "unauthorized intelligence activities."

From: Historical Analysis of 20 Name Files from CIA Records 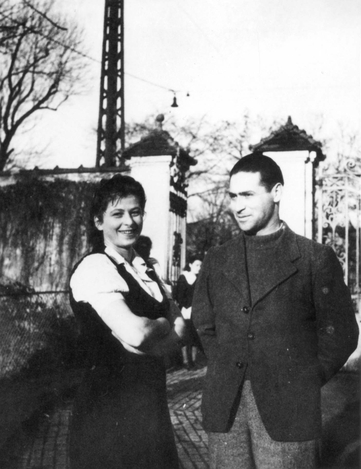 Emil Augsburg:  The name file of Emil Augsburg (alias Althaus, alias Alberti) reveals interesting details concerning intelligence cooperation between the U.S. and West German intelligence communities. Born in Lodz, Poland in 1904, Emil Augsburg obtained his doctorate in 1934 with a dissertation on the Soviet press. Fluent in Polish and Russian, he joined the SD the same year and began to make his way up the SS ranks, reaching major (Sturmbannfuehrer) in 1944. In 1937 he joined the Wannsee Institute, which performed ideologically-based research on Eastern Europe. He soon became a departmental director. In 1939-40 and again in the summer and fall of 1941 he joined the Security Police to carry out what were called "special duties (spezielle Aufgaben), a euphemism for executions of Jews and others the Nazis considered undesirable. Wounded in an air attack in Smolensk in September 1941, he returned in 1942 to Berlin for research on Eastern European matters. The RSHA foreign intelligence branch formally absorbed the Wannsee Institute in 1943. All this information, gleaned from Augsburg's SS file, was available to the CIA and was in Augsburg's file.

In a document not found in the Augsburg name file, a Nazi official named Mahnke stated that the Wannsee Institute exploited documents captured by German forces in the Soviet Union. It produced strictly secret intelligence reports on Russia for a select clientele of high Nazi officials, including Heinrich Himmler and Hermann Goering. Augsburg was described as the intellectual leader of this institute.

Despite being wanted by Poland for war crimes, Augsburg was used by CIC from 1947 to 1948 as an expert on Soviet affairs, thanks in part to his insistence that at the end of the war he had cashiered eight trunks of files about Comintern activities (these were never found). Augsburg was dropped as a CIC informant, perhaps the result of a negative appraisal by Klaus Barbie, who also worked for CIC. Barbie passed on word to CIC that Augsburg's brother was part of a network of former SS officials with connections to the French.

Even before then Augsburg was picked up by the Gehlen organization, thanks mainly to his contacts within the anti-Communist émigré community and his ability to recruit agents from this group. By 1953 the Gehlen organization viewed Augsburg as a "shining star" in counterespionage and counterintelligence work: in 1959 one official referred to him as "a godsend." Still, Gehlen himself insisted as late as 1954 that Augsburg work outside of the organization's headquarters at Pullach because of Augsburg's SS past and service in the RSHA, which made him vulnerable to Soviet coercion. As early as 1955 there were reports that the Soviets indeed were trying to contact him. In 1961 Augsburg came under renewed suspicion in the midst of the scandal over Heinz Felfe. In 1964-65 some of Augsburg's eastern European contacts were exposed as suspected war criminals and as Soviet spies. In late 1965 the BND concluded that Augsburg too could be a double agent. Augsburg's SS file was reviewed in 1964 with the hope that enough derogatory information about his Nazi past could be found to induce his voluntary resignation from the BND, but in the end, unauthorized intelligence activity led to his dismissal in 1966.

2006 Reports: Neo-Nazis Infiltrating the US Military

Satanist Michael Aquino at the Presidio

Military Ramps up Recruitment of Poor