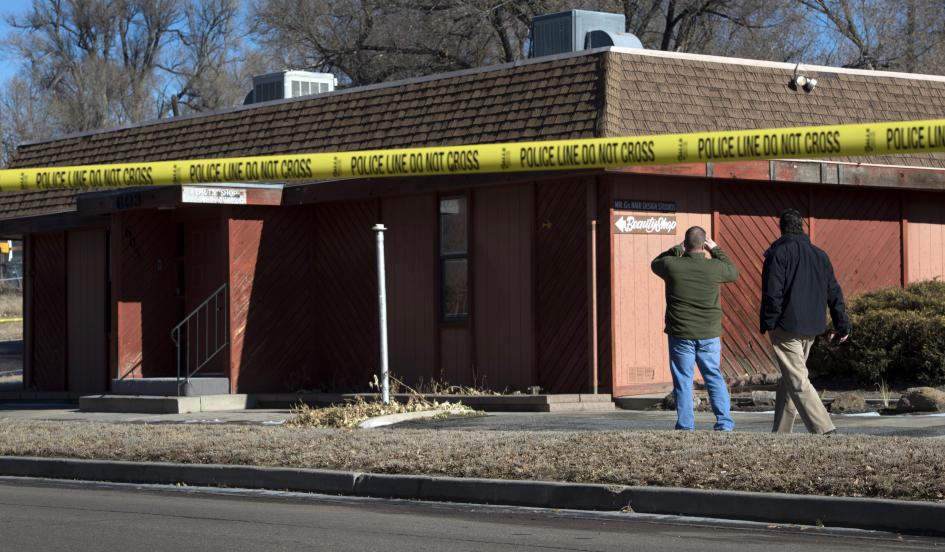 The chapter’s offices, as well as Mr. G’s Hair Design Studios barber shop located inside the building, sustained minor damage from the explosion. No deaths or injuries have been reported.

Witnesses reported hearing a “loud boom” around 10:45 a.m. local time. “There was smoke everywhere, the building on the side was burnt,” one onlooker told local television station KDVR. The Los Angeles Times reports an improvised bomb appears to have been positioned against the outside wall of the building on South El Paso Street. It was placed right next to a gasoline can, but the latter didn’t burst during the explosion, according to FBI spokeswoman Amy Sanders.

FBI officials speaking to the Los Angeles Times said the explosion that shook the neighborhood “was caused deliberately.”

The FBI, as well as its Joint Terrorism Task Force, and the Bureau of Alcohol, Tobacco, Firearms and Explosives are investigating the incident. “The investigation is ongoing and it is not known at this time if the NAACP or a business in the vicinity was the intended target,” said spokeswoman Sanders in a statement.

NAACP chapter president Henry Allen Jr. was “hesitant” on Tuesday to call the bomb a hate crime until more information is revealed, but he said in an interview with local newspaper The Gazette that the chapter “will not be deterred” by threats.

The NAACP has sustained numerous acts of violence since its founding in 1909. The Washington Post reports that racially fueled violence caused several Texas branches to shutter in the 1910s and 1920s, and NAACP Florida State Conference founder Harry T. Moore and his wife, Harriette, were killed after a bomb was detonated under their bed on Christmas Day, 1951.

The hashtag #NAACPBombing has been trending on social media since the attack on Tuesday morning. Media outlets were criticized on Twitter for not covering the event, as many users—including locals—reported only finding out about it on the rapid-fire social network.