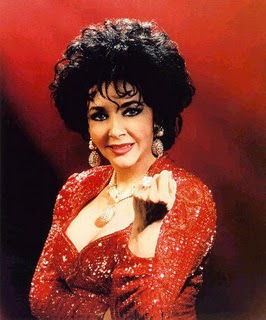 SAN FRANCISCO (AFP)---Elizabeth Taylor will be allowed to keep a Van Gogh painting allegedly stolen from a Jewish woman by the Nazis after she fled Germany in 1939.

The painting -- now estimated to be worth between 10-15 million dollars -- has been the subject of a legal wrangle in recent years, with descendants of its former owner claiming it rightfully belongs to them.

However, a federal appeals court on Friday upheld the dismissal of a lawsuit that demanded Taylor hand over the painting.

The 9th US Circuit Court of Appeals in San Francisco said a lower court had ruled correctly in 2005 when it dismissed the case on the grounds that a statute of limitations for the family’s claim had expired.

But the heirs of Margarete Mauthner had argued the painting was wrongfully acquired by the Nazis around the time of World War II and that Taylor and her representatives should have been aware of its origins.

"We are asserting that Ms Taylor was negligent and careless when she bought the painting," said Andrew Orkin, a Canadian lawyer who identified himself as Mauthner’s great-grandson.

"Our complaint charges that she ignored numerous conspicuous ’red flags’ in 1963 that the painting had likely been confiscated from a victim of Nazi persecution," Orkin said.

Mauthner fled Berlin to South Africa in 1939 after having lost most of their property, including the painting, as a result of "Nazi economic and political coercion" and that the family was therefore entitled to reclaim it under the 1998 US Holocaust Victims Redress Act.

However in its ruling on Friday, the appeals court judged that the redress act did not establish a right to sue for the return of property that had been seized.

Taylor’s representatives said Orkin and his family had failed to show that the painting was ever illegally seized from Mauthner.

Taylor maintains that the catalogue from the auction at which she bought the piece stated that it had once belonged to Mauthner, but that it passed to two reputable galleries before it was sold to a German Jew, Alfred Wolf, who himself fled the Nazis in 1933.