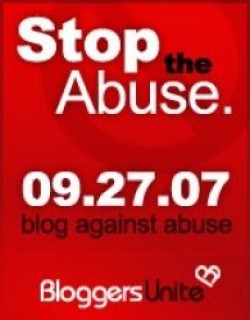 When a group of teens last summer taunted three people with developmental disabilities at a McDonald’s restaurant in Cheektowaga, and later forced the three into a car crash at a Thruway exit, much of the Buffalo community reacted with outrage.

But that was not an isolated incident.

Last October, a 47-year-old disabled man was “savagely” beaten by two men as he walked home in Niagara Falls one night. The man suffered four broken ribs, brain hemorrhaging and paralysis in one arm.

And in 2006, a young Buffalo woman with developmental disabilities was gang-raped in her apartment by her boyfriend and some of his friends.

With the closing of West Seneca Developmental Center, more people with disabilities will, over the next few years, be moving into the community. Their safety is a concern.

“No question about it, [abuse] absolutely happens, sometimes by family members,” said Michael L. Gross, executive director of Heritage Centers, which provides programs and services to about 3,000 children and adults with developmental disabilities.

“They are at the bottom of the pecking order. And sometimes they are not safe in their own homes,” he said.

Developmental disabilities include conditions that start at birth and affect communication, learning and judgment. People with such disabilities — and there are approximately 45,000 people in Western New York – are among the most vulnerable in the community, often harassed, threatened, ripped off, sexually or physically abused.

Incident reports from People Inc. show that of the approximately 2,000 clients it serves annually, an average of two people a month were sexually, physically or psychologically abused in 2007.

“We have about 24 instances last year that rose to the level considered abuse,” said Lizbeth Booth, associate vice president of the organization that works with the developmentally disabled.

People with developmental disabilities have been assimilated into the community for at least 25 years, when New York State started closing its institutions. At one point, the state had 35,000 people living in institutions, Gross said. Today, there are fewer than 300.

While many have adjusted well, others have become targets of abuse and other crimes, according to those in the field.

About six months ago, a relative of a young woman with special needs put a utility bill in her name and ran up hundreds of dollars in bills. Staff attorneys for Heritage Centers got involved to ensure their client would not be responsible.

“I see that all the time and not just with utility bills but with credit cards as well. It’s someone they know and trust,” said Sarah Frederick, staff attorney for Heritage Centers.

And last year, some friends of a young man with developmental disabilities persuaded him to sign for a personal loan. The friends told the man the loan was for a business venture they would do together. Once the man got the $5,000 bank loan, he handed over the money to the friends, who took off with it. After Frederick worked with the lender for months, the bank forgave the loan.

“We have many people who are independent and functioning in the community but are just still vulnerable to these types of criminal situations,” Frederick said.

The abuse of individuals with developmental disabilities also can come in other forms.

Nancy Hirsch, born with developmental disabilities, has been living on her own since 1994. She likes having her own place and her independence.

The 43-year-old Buffalo resident gets up every weekday to catch the Metro Bus to her downtown job at Heritage Centers. She’s never late and always prepared to work, her employers said.

“I’m feeling good about myself and the money I’m bringing home,” said Hirsch, who is saving money to go on a cruise to the Caribbean when she turns 50.

But almost every day on the bus, other passengers taunt her.

“They call me retarded,” she said. “I let it go in one ear and out the other. It hurts inside sometimes, but I don’t say anything. Sometimes I think they’re crazier than I am.”

Margaret Didio and her husband — who also is developmentally disabled — both work, share household responsibilities and the bills. He cooks, and she cleans. They even try to fit in a movie and dinner every now and then.

Often, it’s during these outings that “we get teased,” Margaret Didio said. “But I just ignore it.” When she had a seizure on a Metro Bus, a group of teenagers taunted her. “They were making fun of me. It was not very good,” she said. “What if they had seizures, and we made fun of them? That wouldn’t be nice.”

Concerned about the taunting, the Developmental Disabilities Alliance of Western New York conducted a survey in 2004 to gauge the extent of the problem. Of 203 residents who had no family members or close friends with developmental disabilities, the study found that 10 percent said they hear inappropriate labels used regularly toward the disabled. Fifteen percent heard them frequently, while 6 percent said they hear them constantly.

Booth and Frederick said they don’t think the general population approves of taunting or taking advantage of people with developmental disabilities. Rather, it’s mostly the bullies.

As more people with special needs move into the community, the hope is that people will be more tolerant.

“Individuals with developmental disabilities are going to take their rightful place in the community,” Gross said. “And we need to treat them as we would want to be treated.”