Bullying and racism
including racial harassment and racial discrimination 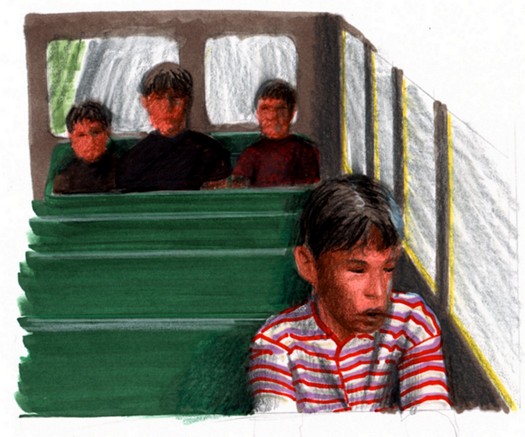 The UK Parliament passed the Race Relations Act in 1976 but nearly a quarter of a century on, racism in the UK is still prevalent. Following the Stephen Lawrence inquiry, attitudes within London's Metropolitan Police have been described as "institutionalised racism".

A recent report Equality and Fairness in the Fire Service by Graham Meldrum, the service's chief inspector, highlighted the institutionalised nature of racism and sexism within the UK Fire Service. Criticising the leadership style and culture within the fire service, the in-depth review of equality and fairness was prompted by the serious under-representation of women and ethnic minorities. There was also widespread evidence of sexism and homophobia.

In October 1999, racism and bullying were in the news again as Ford Motor Company workers at Dagenham, England, were threatening strike action amidst growing claims of racially-motivated bullying and harassment which the workforce and unions allege were not being dealt with by Ford management. US Ford Motor Company chief executive Jacques Nasser flew in to answer union criticisms of institutionalised racism. In September 2000, Ford Motor Company UK recruited Surinder Sharma, former head of equality and diversity at Littlewoods Home Shopping Group and a regular speaker at conferences on the progress Littlewoods have made with their anti-bullying policy, as Ford's European diversity director. Ford also recruited former TUC equal rights policy officer Kamaljeet Jandu as Ford UK national diversity manager.

Bully OnLine, a gold mine of insight and information on bullying, harassment and discrimination, b bullying as the main behaviour behind racism, and exposes the principal perpetrator, the serial bully. Everyone, whether subject to racial harassment or not, knows at least one person in their life with the profile of the serial bully. Click here to see ... who has this behaviour profile in your life?

Have a look through this web site to recognise the bullies and racists in your life ... start with Am I being bullied? then move on to What is bullying? To find out what you can do about bullying, click Action to tackle bullying. Have a look at the profile of the serial bully which is common to harassers, racists, stalkers, rapists, violent partners, abusers, paedophiles, etc.

If bullying, harassment, discrimination and prejudice have resulted in injury to health, commonly called "stress", see the page on injury to health and the one on the psychiatric injury of trauma, a collection of symptoms congruent with the diagnostic criteria for Post Traumatic Stress Disorder, or PTSD.