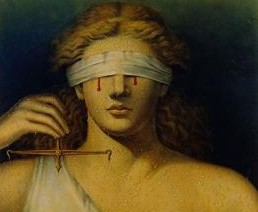 One of the regrets I expressed, in my take on the tenth anniversary of the Iraq War, is that I didn’t write in opposition to the many bad arguments for a war I supported. In particular, the atmosphere was pungent with a kind of moralistic bullying, in which advocates of war used the victims of 9/11 and Saddam Hussein’s cruelty as a bludgeon against their critics, making a sober-minded weighing of cost and benefits impossible.

Related: "Iraq War Crimes: Neocons Escape Accountability," GobalResearch: " ... There is such a thing as malpractice in policy analysis. The most obvious example of lack of this type of accountability is that neocons — the people who gave us the Iraq War — still get listened to. Not only that, but they still get listened to on matters eerily reminiscent of getting us into the Iraq War. ... "

And: "The Waning of the War Whores," Vanity Fair:  "... The apocalyptic hysteria and macho bullying of those years--the kneejerk invocations of Hitler and Neville Chamberlain, the Churchillian cadences of the war's advocates--were headache-making. It's as if the entire political and media establishment entered a fever dream that would allow them to play liberators and anyone who didn't want to play was an appeaser, a superannunated hippie. How the chickenhawks loved to castigate their opponents as chicken-hearted. I'll never forget the sick feeling I had watching the live coverage of the first US 'shock and awe' bombing runs on Baghdad, with so much of the media in vainglorious hoopla mode, as if it were Super Bowl halftime entertainment.  ... "

It’s one of the strongest points that opponents of the war have made. But some of the anti-interventionists pretty clearly don’t have a problem with moralistic bullying per se. They just want to be on the right end of it.

He objects to the very fact that figures like David Frum are even publishing articles at all, winding up to this righteous conclusion:

Shut up, all of you. Go away. You are complicit in one way or another in a giant crime containing many great crimes. Atone in secret.

Well. Nothing says “let’s have a more open and rational debate” quite like “shut up and go away.”