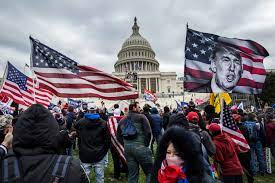 In 2015, Lincoln resident Gavin Crowl, then 24, was convicted of groping a 10- or 11-year old girl in 2011, when he was 19. The Lincoln Journal Star reported that the victim testified that Crowl gave her gifts of My Little Pony toys and asked her to marry him when she grew up. However, Crowl’s attorney framed the groping as innocent and claimed Crowl had “read a manual on massage” and was “trying to massage the girl’s chest” but “didn’t really know what he was doing and stopped.” Oh, of course–those massage manuals! They’re worse than Ikea instructions–first you find the hex wrench, then right when you line up shelf B with bracket J there you are, groping a child.

Court documents show that elders at Crowl’s church–The Belmont Congregation of Jehovah’s Witnesses in Lincoln–had “investigated” the abuse claim in 2013, just to see if Crowl was in need of spiritual assistance. According to the documents, one of the church elders, James Newman, claimed that Crowl had denied touching the little girl’s breasts but admitted to massaging her and kissing her. The church had concluded this was no biggie, though–after a 30-minute conversation with Crowl and without talking to the victim, they decided there was no need to report it to authorities.

When Crowl was charged a few years later, his attorney moved to have evidence of the following excluded from the trial:

Allegations that he had kissed the little girl 1-2 years prior to the assault, so when she may have been as young as 8; Law enforcement officers’ claims that his victim is scared of him and hides from him; The victim’s belief that Crowl was pursuing her sexually; The victim’s nightmares of being raped by Crowl; The word “brony” (meaning a man who loves My Little Pony); Crowl taking pictures of the girl while she was sleeping.

Some of this was blocked from being brought up at trial by the judge and some of it was allowed. I mention it here for one reason: there were several indicators of grooming efforts and persistent predation over time by Gavin Crowl on this child. In fact, much of this was classic, textbook grooming.

However, the Lincoln Journal Star described a sentencing hearing where none of the adults seemed to think this was that big of a big deal. The victim’s mother, who also seems to have attended the Belmont Jehovah’s Witness church, didn’t want Gavin to go to prison. His attorney argued for probation for the poor lad. The prosecutor acknowledged this was not that egregious of a sexual assault case. Finally, Judge Robert Otte agreed, giving Crowl only probation and 72 hours of community service and assuring this man who had molested an elementary schooler, “Quite frankly, this was an anomaly in your life.”

Such a shame that the “anomaly” of persistent grooming and predation on an elementary schooler over 1-2 years should disrupt his life. Such a promising young man. Judge Robert Otte was a bit of a trendsetter here, sentencing a predator to not even a single day in jail–a whole year before a California judge protected the promising swimming career of rapist Brock Turner.

Well, here we are seven years later, and in addition to an animal neglect conviction in the summer of 2021, which likely involved a cat belonging to this promising young man, Mr. Crowl’s name has popped up in the federal court documents for Brandon Straka.

Some of Straka’s social media posts on or after January 6, included in the government’s sentencing report.

An excerpt from Straka’s letter to the judge, in which he pulls a textual Josh Hawley. Also he uses 16-point Arial like a college freshman trying to reach a paper length requirement, but I digress.

Straka is an Omaha man who was charged federally for his participation in the insurrection attempt on the U.S. Capitol on January 6, 2021. His attorney has requested a lenient sentence because Straka blabbed about a number of other people involved. Recently acquired court documents show that this information included spilling the tea on promising young man Gavin Crowl, who was a “previously unidentified participant.”

Some of the insurrectionists Straka squealed on to the DoJ, as shown in recently unsealed court documents (thank you, Jordan Fischer). Since the documents were unsealed through a court process a few days ago, Straka has taken to social media to describe this as an outrageous “leak” from the DoJ. He is also claiming now that the information he provided was helping to prove his friends’ innocence, hahaha. The only leak here is currently happening in Straka’s pants.

Crowl had been previously identified, though, by another apparent participant that Straka sang to the feds about. Bobby Powell, a nutter butter podcaster from Michigan, helpfully recorded some scenes at the Capitol that day, which he has been trying to spin some kind of antifa/agent provocateur nonsense about. One of his videos shows Lincoln’s promising young man Gavin Crowl carrying a flagpole and interacting with a man who was smashing a window of the Capitol open.

Crowl approaches a broken window on the Capitol building in a video taken by conspiracy theorist Bobby Powell. Crowl thinks the man he is touching is an agent provocateur who wanted to frame him for breaking the window, but Crowl also says the man told him not to go into the Capitol and spoke so authoritatively that Crowl knew he was a cop because of his own run-ins with cops. He did not mention that his run-ins with cops involved animal abuse and pedophilia.

In a video I highly discourage anyone from watching unless you want to feel palpably dumber for the rest of the day, Bobby Powell interviewed Gavin Crowl about the events at the Capitol. If you would like to spare yourself the stupefying misery of hearing about this, skip the next few paragraphs.

From his apartment listed with the Nebraska sex offender registry, Renaissance brony Gavin Crowl reveals the tradecraft with which he outsmarted the federal agents whom he believes fucked with his sideview mirror doohickey.

Crowl explains his reasons for going to DC on January 6, which involved his experiences working for the Nebraska Secretary of State Elections Division in 2014, his feelings about the Federal Reserve, the totally unfair election, and his suspicion that the China-controlled United Nations was taking over the United States as he had been warned would happen one day as a Jehovah’s Witness. He explained that he had gone around to the side of the Capitol in an attempt to emulate a siege within a specific ancient Roman battle, the name of which he could not remember, but also he was totally there to be peaceful, so I guess it was a peaceful Roman battle. He says that at one point he had yelled at frightened Congressional staff through the windows, “All of your secrets will be exposed!” because, he says, “everyone has skeletons in their closet.” He did not share with the podcaster that his own skeletons include child molestation and perhaps literal skeletons of cats.

Anyhow, the two morons discuss the video that Powell took, and what emerges is an incoherent menu of accusations of different people being antifa or agents provocateur or the police, who were somehow simultaneously framing the innocent and prohibiting them from going into the Capitol. Crowl is confident one mystery man–who he claims at various times was framing him and also yelling at him not to go inside–was a cop because, Crowl explains, the man had an authoritative voice that he knows cops have from his own run-ins with the law. He seems to want to imply that he has been up to some Bourne Identity type shit and does not explain that his main run-in with the law was when he groomed an elementary schooler as a brony.

He finally details the mistreatment he claims he has been subjected to since returning to Lincoln from his peaceful siege re-enactment in DC. He has been tailed by the feds, which he knows because the sideview mirror adjustment thingamajig on his car doesn’t work right anymore. Also, he bought a bug finder (which seriously has one star on Amazon, lol) and used it to locate a tracking device the feds planted on his car. The podcaster asks to see the tracking device and Crowl triumphantly shows him the bugfinder. The podcaster says no, he wants to see the actual tracker they put on your car. Crowl then explains that he doesn’t have it because he posted on social media that he found a tracking device on his car, so the feds, who had been monitoring his social media, came and removed it the next day. He also explains that he has photos of feds following him–because they said he “is more dangerous than Pearl Harbor”–but he has them on an old phone so he can’t share them. The two patriot intellectuals conclude that what all this means is that the United States needs to be redeemed with more Christianity.

Crowl has not been charged in connection with the January 6 attempted insurrection–not yet, anyway. We don’t think his interview with Powell is likely to have done him any favors. Regardless of whether Crowl is ever held legally accountable for his actions on January 6, he is a man who easily dips in and out of big, clumsy ideas and truth and fantasy to suit himself. He is a man who harmed a child, then harmed an animal, then harmed democracy. Why did a church and a court in our community make it a priority to protect him, to frame his methodical and persistent interest in his victim years ago, an “anomaly”?