The resounding Republican victory in the 2014 midterm elections displayed that, despite unprecedented contributions from green groups, environmentalists continue to struggle against a rising tide of big money interests.

The success of Republicans and their financiers may also dampen expectations in the wake of Wednesday’s historic announcement of the US-China agreement on climate change and prospects for greater climate action by the US.

Environmental groups spent over US$85 million in the midterms to promote green-minded candidates. Billionaire Tom Steyer made national headlines for the contributions he made through his organization NextGen Climate Action, which totaled $20.7 million as of Election Day.

However, this funding is dwarfed by conservative contributions, including over $100 million spent by the Koch brothers, which received little coverage.

Five-term senator Mitch McConnell (R-KY), slated to become Senate Majority Leader, said on November 6 that his top priority will be to “try to do whatever [he] can to get the EPA reined in” by forcing the removal of its carbon pollution regulations.

Senator James Inhofe (R-OK) is expected to resume his previous position as chair of the Senate Environment and Public Works Committee. Inhofe infamously called climate change “the greatest hoax ever perpetrated on the American people”. As chair, Inhofe would have oversight of the EPA and could deliver another blow to the agency’s regulatory abilities.

Similar stories played out in the Colorado, Iowa, and Arkansas elections: direct donations from oil, natural gas, and energy companies laid the groundwork for Republican victories, while spending by outside groups, ranging from $4.4 to $11.1 million per race, delivered the final blow.

Each of the incoming Republican Senators from these now red states either avoid making clear statements on climate change or argue explicitly that government should not take action.

Tillis has called global warming a “false science.”The incumbent NC Democrat he dislodged, Kay Hagan, argued that “we must work together to fight climate change.”

Jodi Ernst, newly elected Iowa Senator, stated, “I don’t know the science behind climate change.” Ernst ran against Congressman Bruce Braley, who has written “we have an obligation to protect the environment.”

Tillis’s and Ernst’s stances on climate, as well as those of Gardner and Cotton, contradict consensus among 97% of the world’s climate scientists that climate change is human-caused. These positions appear very likely to block progress on climate in the Senate over the next two years.

Despite environmental groups’ unprecedented election spending and a showing of 400,000 people at the People’s Climate March in New York in September, a few anti-environmental voices backed up fossil fuel corporations have managed to drown out popular calls for action on climate change.

This is an emerging pattern in the post-Citizens United era, in which government restriction of political spending by corporations is considered a violation of free speech rights and therefore not allowed.

The time remaining to limit global warming to 2C by 2100 is rapidly disappearing. Hopes for a global legally binding climate treaty hinge on the UN climate negotiations in Paris in 2015.

The U.S.-China climate agreement has given this process a promising boost and shows that President Obama is willing to invest political capital and use his executive power to push forward environmental causes. Given that the prospect of the US Senate ratify a global climate treaty is a nonstarter, this approach may be the best available.

However, with a Republican Senate emboldened by formidable financial muscle snapping at his heels, Obama’s ability to push his environmental agenda forward remains unclear. What is certain, however, is that the lopsided campaign finance provided to climate sceptics and deniers is out of sync with the American public’s perception of the problem and calls for climate action.

Allison Reilly & Victoria Hoffmeister are researchers at Brown University’s Climate and Development Lab. The opinions in this article are those of the authors and do not reflect those of Brown University. 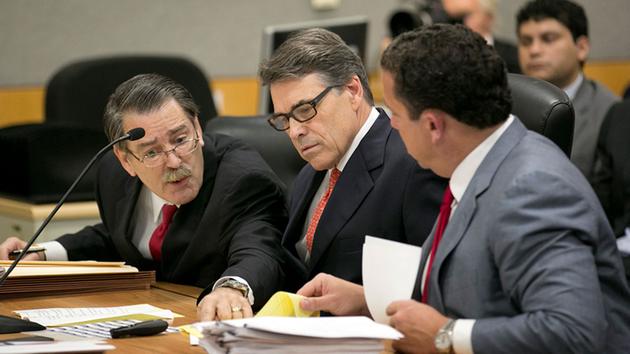