By Will Weissert (CP)

EL PASO, Texas — A key prosecution witness testified Thursday that he heard a former CIA operative and anti-communist militant discuss how to smuggle explosives into Cuba during a period in 1997 when a series of bombs were exploding at top Havana hotels.

Cuban-American engineer Antonio "Tony" Alvarez worked for a Florida-based investment firm that built a power plant in Guatemala. He said he shared an office there with two associates who introduced him to Luis Posada Carriles, now charged with 11 federal counts of perjury, obstruction and immigration fraud.

Posada, 83, isn't charged with the bombings, only for lying about them under oath. Born in Cuba, he spent decades crisscrossing Latin America as a Cold Warrior largely backed by the U.S. government and was considered a nemesis of ex-Cuban President Fidel Castro.

But Posada sneaked into the U.S. in 2005 and underwent immigration hearings in El Paso, during which prosecutors allege he lied about how he made it into the country and about using a Guatemalan passport with a false name. They also say he failed to acknowledge masterminding the bombings in Cuba between April and September 1997, which rocked hotels and an iconic tourist restaurant in Havana and a resort in the beach community of Varadero, killing an Italian tourist and wounding about a dozen others.

Alvarez, 75, told jurors he began to suspect Posada and his colleagues when he discovered disassembled calculators and an empty plastic tube marked "C-4 Dangerous Explosives" and bearing a stamp from "Mexican Military Industries" in his Guatemala City office. He said he then installed a hidden intercom system and heard the three "talking about money for distributing bombs." 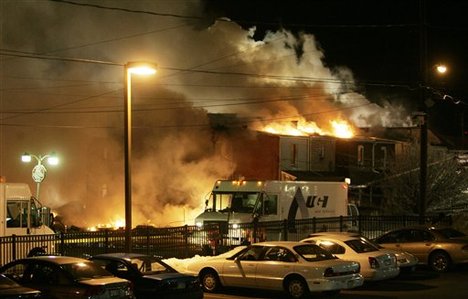 "They were talking about the manner in which the defendant would send some explosive materials to Cuba," Alvarez said, using fluent English to recall a conversation that was in Spanish. "The defendant said they have a mechanic who works for Aviateca Airlines who will help them out and bring the materials."

Aviateca was then Guatemala's national carrier.

Posada attorney Arturo Hernandez objected and part of that answer was stricken from the record as hearsay, but the jury heard it anyway. Asked how he recognized Posada's voice, Alvarez replied, "because of the particular way he speaks."

Posada has a deep slur, the result of being shot in the face during an assassination attempt in Guatemala in 1990 that cost him part of his tongue.

Alvarez said he didn't record what was said, only remembered it. Still, he was the first witness since the trial began nine weeks ago to directly link Posada to explosives. Previous testimony focused only on his boasts about having been involved. Alvarez said he alerted Guatemalan authorities and that when they did nothing, he contacted the FBI.

In 1998, Posada granted an interview with the New York Times, saying he wanted to generate publicity for the Cuban bombing campaign. He was quoted as saying that those attacks were meant to scare tourists, but not kill anyone. After Alvarez, the prosecution's lone remaining witness is Ann Louise Bardach, the reporter who interviewed Posada.

Alvarez said that at age 15 or 16 he began dating Lidia Castro, the half-sister of Fidel. He said the pair was in love for nine years but broke up in 1959 — the same year Castro's rebels took power — because he had an affair. Alvarez said he fled for the U.S. in 1961, after being warned that Raul Castro, who became Cuba's president in 2009, was out to get him.

Hernandez quizzed Alvarez about his relationship with the Castro family. Alvarez responded that he has no plans to return to the island as long as the Castro brothers are still in charge.

Alvarez also described working as an informant for U.S. Customs between 1984 and 1986 against a New York City restaurant owner with ties to Colombia's Medellin Cartel and drug lord Pablo Escobar. Alvarez said he was a frequent customer at the eatery and posed as a man looking to launder money. He said he even wore a wire — but was never paid for his services.

Hernandez suggested Alvarez associated with drug traffickers and also said he became wealthy from U.S. government payoffs, but Alvarez said his wife's cancer treatments had drained his finances. Mention of her health caused Alvarez to cry on the stand.