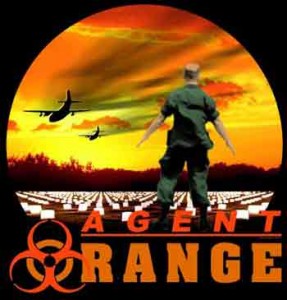 It's been almost five years since then-Opposition leader Stephen Harper promised during the 2006 election campaign to compensate all victims of Agent Orange spraying at Canadian Forces Base Gagetown.

A year later, his Conservative government announced the program, meant to give some victims of the spray program at the New Brunswick base a $20,000 one-time payment ex gratia, meaning that this did not include a government recognition of legal liability.

The chemical defoliant has been linked to various health problems including cancer, diabetes and neurological problems.

From the beginning, there were complaints that Ottawa's compensation package was inadequate. Now it turns out that tens of millions of dollars have been returned to government coffers.

That angers people like Betty Hudson of Lincoln, N.B., whose husband, Ralph, died in January 2004.

"He had lung cancer and cancer of the bone," she said, her voice wavering. "It was hard. It's still hard."

Ralph Hudson spent several years serving at CFB Gagetown, including two fateful summers in the mid-1960s when he came home covered in dioxin from spraying of Agent Orange, a defoliant best known for its use by the American military during the Vietnam War.

But Hudson, like many others, wasn't eligible for compensation because he died before Feb. 6, 2006 — the day the Harper government took office.

'A political date'
"We want that date gone," his widow said, speaking on behalf of her group, Widows on the Warpath.

"That's a political date," she said. "No one needs to be told when to die. Our husbands, brothers, died before the magic date."

Hudson was angered when she recently learned the compensation program had ended on Oct. 1 — even though the money, in the millions, had not run out.

Only two-thirds of the $96 million that was initially allocated went to victims of the spray program; about $8 million covered administration costs.

And the rest — some $26 million — has been re-absorbed into the government's general revenue fund.

According to the Veterans Affairs Department, 3,137 applicants have been compensated. It is not accepting any more applications.

Veterans Ombudsman Guy Parent said his office has urged the government to do three things:

•Change the date by which applicants had to be alive to qualify.
•Open the program to new applications.
•Update the list of illnesses linked to Agent Orange.
The department is still using the 2004 edition of the U.S. Institute of Medicine list — used by the American government to compensate Vietnam War veterans who were exposed to Agent Orange — even though, Parent noted, it's been updated four times since then.

And he said many people simply could not gather documentation in time for the cut-off date, because they are tracing records that are more than 40 years old.

Minister 'working on this file'
"What I'm seeking is action from Veterans Affairs Canada to address the issue in depth, and to reconsider all the observations and all of the recommendations that we've made to them, to see if they can either get those funds back or generate new funds," Parent said.

Veterans Affairs Minister Jean-Pierre Blackburn confirmed that he has asked his department to look at the complaints and the applications that were received after the cut-off date.

"I'm making this reflection very seriously," Blackburn said. "I want to be fair, and I don't want to be unjust with any people. At the same time it doesn't mean the solution [could be] found easily. But I'm working on this file."

Blackburn said any decision he makes to try to extend the program would have to be approved by cabinet.

In the meantime, the waiting continues for many veterans and their families, some of whom have been fighting for compensation for decades.