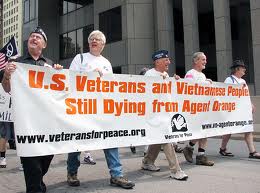 CHARLESTON, W.Va. — Some class members plan to appeal a $93 million settlement in a class-action lawsuit against Monsanto. Attorneys Tom Urban, of Arlington, Va.,  and Ruth McQuade, of Shepherdstown, filed separate notices to appeal with the West Virginia Supreme Court on Wednesday.

On Jan. 25, circuit Judge Derek Swope approved the settlement in a 385-page order, which grants medical monitoring and property cleanup to Nitro residents in regard to dioxin pollution of their community.

The notice of appeal is the first step under the new rules of appellate procedure adopted by the state Supreme Court in December 2010. The high court will decide whether to hear the case.

For more than 50 years, the former Monsanto plant in Nitro made herbicides, rubber products and other chemicals. The plant’s production of Agent Orange, a defoliant deployed widely in the Vietnam War, created dioxin as a toxic chemical byproduct.

The company agreed to a 30-year medical monitoring program with a primary fund of $21 million for initial testing and up to $63 million in additional money dependant on what levels of dioxin are found in residents.

The medical monitoring and cleanup provisions of the case cover residents within a smaller area than was included in the original class-action area, with the settlement focused on an area where experts for the plaintiffs’ lawyers believed dioxin emissions from Monsanto were most likely to have put residents at risk of future pollution-related diseases.

McQuade writes that the court abused its discretion by approving the settlement “that provides no consideration to 95 percent of the settlement class.” The notice also alleges “serious intra-class conflicts of the kind that have led to rejection of settlements by the United States Supreme Court and federal courts of appeals.”

Also, “an overbroad class definition that has the effect of releasing the claims of persons not properly before the court and who had no standing to bring a claim in this case,” according to McQuade’s filing.

She believes the court erred allocating benefits, as it treats class members differently.

The notice alleges lead plaintiff’s attorney Stuart Calwell “suffered from a conflict of interest in negotiating monetary settlements on behalf of his personal injury clients at the same time as he was negotiating the settlement on behalf of absent class members, when the absent class members will not have similar access to monetary payments should they subsequently develop one of the diseases which were alleged by class counsel’s personal injury plaintiffs.”

She also takes issue with attorney’s fees the settlement granted.

The judge approved up to $29.5 million in fees and costs for Calwell’s firm, but made $9.5 million of that contingent upon the number of people who eventually qualify for the settlement and how many residents show certain levels of dioxin in their blood.

“…federal law clearly limits an award of attorneys’ fees to a reasonable percentage of settlement benefits actually claimed by and paid to class members, and not based upon potential maximum benefits, unless funds are actually paid into escrow and each class member may claim his or her share upon proof of identity,” McQuade writes.

Calwell said Wednesday that McQuade’s notice of appeal was a “rehash of what was covered before thoroughly and covered in Swope’s order.”

Urban has taken issue with the settlement since details about it emerged. He argues that the settlement was the result of collusion between Calwell and Monsanto attorneys, as he stated at a fairness hearing last year.

The settlement, Urban writes in his notice of appeal, “denies more than 75,000 people their ability to ever sue Defendants again to obtain medical monitoring for exposure to known hazardous substances (dioxins) even though these persons received absolutely no benefit or compensation whatsoever, in violation of the Constitutions of the United States and West Virginia.”

Urban contends, like McQuade, that Calwell had a conflict of interest dealing with class members and personal injury clients. He also takes issue with the way the judge handled attorney’s fees in the case.

He argues class members should have been allowed to “opt out” of the property remediation portion of the settlement as, “owners of 7,500 residences who would receive no benefit under the settlement, but would forever lose their right to sue Defendants.”

The property cleanup portion of the settlement was unforeseen after Judges O.C. Spaulding and Swope issued rulings last year that threw out that part of the case. Even though the decertification of the property class had been appealed, a Supreme Court decision probably wouldn’t have happened anytime soon.

“Did the Circuit Court have jurisdiction to vacate the decertification of or ‘recertify’ the Property Remediation Class when an appeal was pending before this Court related to that decertification?” Urban wrote. 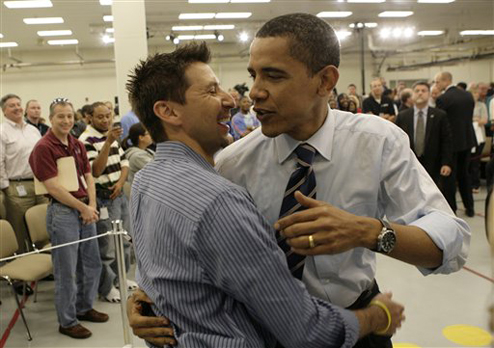