” … Despite the original public relations associated with the use of Agent Orange aimed at making it appear safe and humane, it was chemical warfare and it is not an exaggeration to suggest that it was genocidal. … “

(NNPA)—In a 2009 visit to Vietnam I asked a retired colonel in the Vietnam People’s Army about the notorious toxin “Agent Orange.” The colonel, who was also a former leader in a Vietnamese advocacy group for Agent Orange’s victims, spoke fluent English and was a veteran of the war with the United States. I asked him when had the Vietnamese realized the long-term dangers associated with the Agent Orange herbicide used by the U.S.A. His answer was as simple as it was heart-wrenching: “When the children were born,” was his response.

In an effort to defeat the National Liberation Front and North Vietnamese Army (the Vietnam People’s Army), the U.S. concocted the idea that if it destroyed the forests and jungles that there would be nowhere for the guerrillas to hide. They, thus, unleashed a massive defoliation campaign, the results of which exist with us to this day. Approximately 19 million gallons of herbicides were used during the war, affecting between 2 million and 4.8 million Vietnamese, along with thousands of US military personnel. Additionally, Laos and Cambodia were exposed to Agent Orange by the USA in the larger Indochina War.

Despite the original public relations associated with the use of Agent Orange aimed at making it appear safe and humane, it was chemical warfare and it is not an exaggeration to suggest that it was genocidal. The cancers promoted by Agent Orange (affecting the Vietnamese colonel I interviewed, as a matter of fact) along with the catastrophic rise in birth defects, have not only haunted the people of Vietnam, Cambodia, and Laos, but also the United States. Those in the U.S. military involved in the dispersal of Agent Orange, and those who were simply exposed to it, brought the curse home.

The United States government has refused to take responsibility for the war of aggression it waged against the Vietnamese. This includes a failure to acknowledge the extent of the devastation wrought by Agent Orange. Ironically, it has also failed to assume responsibility for the totality of the horror as it affected U.S. veterans, thus leaving the veterans and their families to too often fight this demon alone.

Congresswoman Barbara Lee recently introduced House Resolution 2519, “To direct the Secretary of State, the Secretary of Health and Human Services, and the Secretary of Veterans Affairs to provide assistance for individuals affected by exposure to Agent Orange, and for other purposes.” In many respects, this bill is about settling some of the accounts associated with the war against Vietnam. The U.S.] reneged on reparations that it promised to Vietnam and to this day there remain those in the media and government who wish to whitewash this horrendous war of aggression as if it were some sort of misconstrued moral crusade.

HR 2519 takes us one step towards accepting responsibility for a war crime that was perpetrated against the Vietnamese and that, literally and figuratively, blew back in our faces as our government desperately tried to crush an opponent it should never have first been fighting. For that reason, we need Congress to pass and fund HR 2519. HR 2519 should be understood as a down payment on a much larger bill owed to the peoples of Vietnam, Laos and Cambodia, and to the US veterans sent into hell.

(Bill Fletcher Jr. is a senior scholar with the Institute for Policy Studies, the immediate past president of TransAfrica Forum. Follow him on Facebook and at www.billfletcherjr.com.) 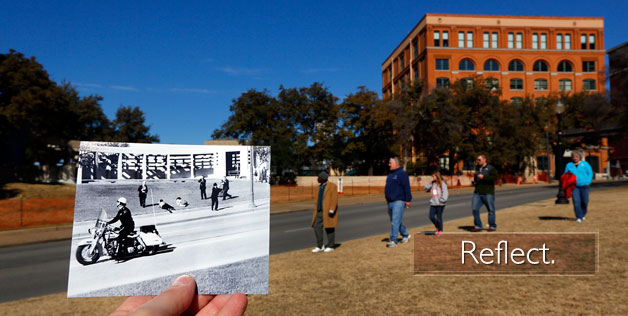