Review I - The Cartwright Papers

More than 20 years since news of "the unfortunate experiment" at National Women's Hospital shocked the nation, the war of words over the Cartwright Inquiry has been reignited by a new collection of essays aimed at debunking critics.

The controversy was first sparked by a 1987 Metro magazine article which alleged that Herbert Green, a gynaecology and obstetrics specialist at the Auckland hospital, had for years withheld conventional treatment from patients without their consent to prove carcinoma in situ (CIS) did not progress to cervical cancer.

A subsequent six-month inquiry heard by Judge Silvia Cartwright, now Dame Silvia, found Dr Green had acted unethically and caused undue suffering to dozens of patients, some of whom later died of cancer as a result of his mistaken beliefs.

Debate surfaced again last year when Auckland University historian Linda Bryder published a critical history in which she argued Dr Green was unfairly targeted by feminists bent on bringing him down for what they saw as a patriarchal and misogynistic medical elite. Her book claimed Dr Green had not acted unethically or conducted any experiment, and concluded the inquiry had wrongly demonised his research.

But a new collection of essays from experts and inquiry witnesses has rallied against Dr Bryder's thesis, claiming she misinterpreted medical science and ignored compelling historical evidence.

The Cartwright Papers, edited by Auckland University associate law professor Joanna Manning, begins with a foreword which is scathing of Dr Bryder's work.

"The author seems to have adopted a particular position and then done everything she can to marshall evidence in support of it ... her book is not a worthy contribution to the debate about Green's study and its consequences," writes Sir David Skegg, expert witness to the inquiry and now Vice-Chancellor of Otago University.

Although Dr Green followed his patients assiduously and was right to question the accepted treatment of CIS, his study was "tragically wrong" because it flouted precautions and did not gain the consent of patients, Sir David wrote.

Former patient and cancer sufferer Clare Matheson, who helped to expose the study, wrote of how she was subjected to numerous tests before much later realising she had been treated "like a laboratory rat".

"Never let us forget that here in this little country there were years of unethical human experimentation," she wrote.

"That is our great shame. We must never forget, lest it happen again." 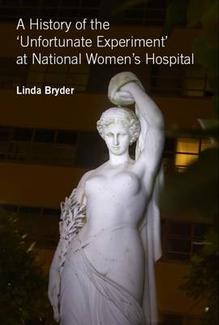 Auckland gynaecologist Professor Ron Jones was a key player in events leading to the Cartwright Inquiry. Here he reviews A History of the “Unfortunate Experiment” at National Women’s Hospital by Lynda Bryder

More than 20 years after the Cartwright Inquiry, Herbert Green’s “unfortunate experiment” into the natural history of lower genital tract premalignancy continues to generate debate between health professionals, the public and media as to the “truth”.

Linda Bryder’s revisionist history suggests Dr Green was unfairly condemned. Although she purports to bring a fresh and unbiased perspective, she takes Dr Green’s side, demonstrating the same partiality as the majority of other commentators on her book, including myself. Professor Bryder has relied heavily on Dr Green’s highly questionable testimony at the inquiry and on selected references. Many references do not support her claims. Contrary to Professor Bryder’s claim, no reputable authority at the time of Dr Green’s study was advocating observing women with carcinoma in situ (CIS) [now termed cervical intraepithelial neoplasia (CIN) 3] without treatment.

The main weakness, however, is Professor Bryder fails to address the central issue a discerning reader would want to know – why did so many women develop cancer?

The early chapters read like a posthumous biography written by Dr Green. Professor Bryder rehearses all of his old arguments which raise the question whether she had access to his personal papers. The nearly 300 references suggest the book is scholarly and thoroughly researched. So, why didn’t she complete her research by interviewing key people or independent authorities? One suspects such interviews would have revealed an uncomfortable truth she didn’t wish to hear.

Professor Bryder has difficulty in accepting Dr Green was carrying out an experiment into the natural history of CIS which involved observing and not treating some women. In 1970 Dr Green said “the only way to settle the question as to what happens to CIS is to follow adequately diagnosed but untreated lesions indefinitely...this is being attempted at NWH by two series of cases.”

Professor Bryder’s failure to accept there was an experiment has led her to omit to examine the underlying reasons why the “unfortunate experiment” took place and why it was not stopped sooner. In particular, she has failed to explore the relationship between Dr Green and his head of department, Professor Dennis Bonham.

I find it difficult to know whether the serious flaws in this book are the result of her failure to understand and interpret medical literature, her decision not to interview key individuals and independent authorities or whether she has muddled her arguments to fit with her preconceived conclusions. She selectively omits words and phrases, uses them out of context and exaggerates minor detail. It is impossible to refute all of the inaccuracies.

One example of her muddled writing is the comparison of the outcome in women with “inadequately treated” CIS with the outcome in women treated for invasive cancer. She also fails to provide balance, for example, between the more serious potential risks of developing cancer with the lesser risks associated with treatment.

She gets bogged down in detail, failing to see the complete picture, for example, if she were to ignore the detail of our 1984 paper she would see that, of all the women who were managed at the hospital with CIS, one in 20 developed cancer – the world’s worst figure. (The detail shows women who continued to have abnormal smears, a result of inadequate treatment, had a 25-fold increased risk of cancer.)1

Professor Bryder fails to emphasise that a conservative treatment protocol (cone biopsy and not hysterectomy) was adopted at NWH eight years before Dr Green’s study.

My concern is Professor Bryder’s presentation may lead the previously uninformed reader into concluding the Cartwright Inquiry was a witchhunt and Dr Green was treated unfairly. This is not true. Fortunately, scientific minds and health professionals around the world (but sadly not all in New Zealand) accept the conclusions of our 2008 Lancet Oncology paper that demonstrated the risk of cancer for untreated women was 31–50 per cent at 30 years and the risk in women treated conventionally was 0.7 per cent.2