Methadone Much More Dangerous than Advertised 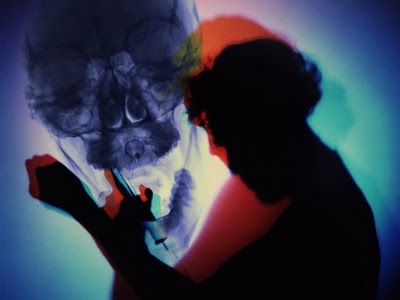 I have been following the debate going on in your area in regards to the Methadone clinic (proposed in Seabrook). This is a frequent problem rising all across this country as these health groups are are manifesting clinics everywhere.

I am the founder of Mothers Against Medical. Org (MAMA.Org). I am a nurse with 20 years experience, a pain management patient, have one son battling with addiction and another son who never abused drugs who died after a doctor gave him Methadone for pain.

After my son died (Robby) on June 11, 2006, I have devoted every moment to researching and investigating every aspect of this drug. My findings have been alarming. These health-care groups that are behind the opening of these clinics are making millions of dollars in profits. They do not detox these patients as they preach but maintain them on a highly addictive narcotic for years, some a lifetime. Many communities have attempted to keep out these clinics, only to be threatened with a discrimination lawsuit as they hide behind the American with Disabilities Act, and it works.

Please do not be misled by the sales pitches often spoken by representatives of these health groups. This is financial investment for them and the potential profits are enormous. To produce a "drug-free" patient is a poor investment, so they use every excuse to keep these people on this drug. The addict is content as he/she receives a replacement narcotic which satisfies their addictive cravings and the owner makes money, similar to legalized drug dealing. There is so much more to these operations and residents have a legitimate concern. Many areas have experienced an increase in deaths, crime and diversion as the clinics enter more areas. Indiana, Pennsylvania and West Virginia are doing has much as they can to stop this madness but hit an obstacle due to the legal protection they receive. Once a clinic opens it is virtually impossible to close them down.

Please do a great service for this community and research other outside areas. Interviewing a Methadone user or representative is truly misleading as they will say and do what ever it takes to get what they want.

Currently Methadone is the No. 1 killer of a prescription narcotic in this country and you do not have to abuse it to die. These deaths come from the clinics, use from pain management and diversion from both sources. Many deaths occurred under a doctor's care and monitoring. Thousands are dying yearly and the numbers are rising at an epidemic rate and nothing is being done to stop this ludicrous practice.

http://www.newburyportnews.com/puopinion/local_story_066062533.html
•••••••
" ... there's evidence thousands of people are dying from methadone overdoses. NBC 30 took an in-depth look at the allegedly safe drug that can have deadly consequences. ... There are about 4,000 methadone deaths every year nationwide. ... "

Ronny Capozzo, 32, appeared to have it all.

The East Haven native was living in Florida and engaged to be married. But, his family said he had a dark secret.

After a knee surgery at age 19, he was hooked on the painkiller Percoset.

Francine Piscitelli said her brother struggled with the addiction.

After another surgery in 2006, Capozzo started taking Percosets again.

Melissa Zuppardi, his fiancée, said the last time they spoke they argued about his use of the drug.

“It wasn't a very nice conversation," she said.

But his fight with Zuppardi may have prompted him to get help. Without telling anyone, he checked into a detox facility in Georgia in June 2006.

Piscitelli said on one Saturday afternoon the facility called to tell him that her brother had passed away.

His family said the autopsy showed three times the amount of methadone patients should have in their system.

The Office of the National Drug Control Policy says "methadone is a rigorously well-tested medication that is safe and efficacious for the treatment of narcotic withdrawal and dependence."

But when Zuppardi started researching methadone on the Internet, she said she was shocked to see how many people lost loved ones to methadone.

There are about 4,000 methadone deaths every year nationwide.

Methadone is prescribed to drug addicts at dozens of Connecticut clinics. It is also sold illegally on the street.

Dr. Samuel Silverman, an addiction specialist, said when taken properly it has been proven to help opiate addicts.

"It's effective under close supervision, but out on the streets people are taking it because they want to get high," he said.

Instead of prescribing methadone, Silverman prescribes an alternative called Bupenorphine and goes by the drug name Suboxone.

Unlike methadone, you can't overdose on it, Silverman said. “At maximum doses it has a ceiling effect so you can't keep taking more and more to get high."

Silverman said Suboxone can be lethal when combined with other drugs like tranquilizers, but on its own is safer than methadone.

Suboxone is also much more expensive than methadone and more closely regulated.

Capozzo's family is suing the rehab facility where he died. They said the doctor who gave Capozzo methadone wasn't licensed to prescribe it.