" ... Drug–placebo differences in antidepressant efficacy increase as a function of baseline severity, but are relatively small even for severely depressed patients. The relationship between initial severity and antidepressant efficacy is attributable to decreased responsiveness to placebo among very severely depressed patients, rather than to increased responsiveness to medication. ... " 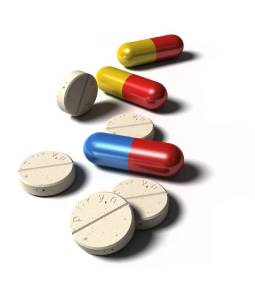 (NaturalNews) The following is a groundbreaking report from the independent, honest medical journal PLoS Medicine (which accepts no advertising money from Big Pharma). The full study, with sources and attributions, can be found at http://medicine.plosjournals.org/pe...

This study is sending shockwaves through the medical community. It finally reveals the Big Pharma hoax behind antidepressant drugs. Through fraudulent science and clever marketing, drug companies have managed to take a drug that works no better than placebo and turn it into a multi-billion dollar scam. But the truth is finally out: Taking Prozac is no more effective than taking a sugar pill! Hundreds of millions of consumers have been fooled by the quack science supporting modern pharmaceutical medicine. Read the study details below...

Everyone feels miserable occasionally. But for some people -- those with depression -- these sad feelings last for months or years and interfere with daily life. Depression is a serious medical illness caused by imbalances in the brain chemicals that regulate mood. It affects one in six people at some time during their life, making them feel hopeless, worthless, unmotivated, even suicidal. Doctors measure the severity of depression using the "Hamilton Rating Scale of Depression" (HRSD), a 17–21 item questionnaire. The answers to each question are given a score and a total score for the questionnaire of more than 18 indicates severe depression. Mild depression is often treated with psychotherapy or talk therapy (for example, cognitive–behavioral therapy helps people to change negative ways of thinking and behaving). For more severe depression, current treatment is usually a combination of psychotherapy and an antidepressant drug, which is hypothesized to normalize the brain chemicals that affect mood. Antidepressants include "tricyclics," "monoamine oxidases," and "selective serotonin reuptake inhibitors" (SSRIs). SSRIs are the newest antidepressants and include fluoxetine, venlafaxine, nefazodone, and paroxetine.

Why Was This Study Done?

Although the US Food and Drug Administration (FDA), the UK National Institute for Health and Clinical Excellence (NICE), and other licensing authorities have approved SSRIs for the treatment of depression, some doubts remain about their clinical efficacy. Before an antidepressant is approved for use in patients, it must undergo clinical trials that compare its ability to improve the HRSD scores of patients with that of a placebo, a dummy tablet that contains no drug. Each individual trial provides some information about the new drug's effectiveness but additional information can be gained by combining the results of all the trials in a "meta-analysis," a statistical method for combining the results of many studies. A previously published meta-analysis of the published and unpublished trials on SSRIs submitted to the FDA during licensing has indicated that these drugs have only a marginal clinical benefit. On average, the SSRIs improved the HRSD score of patients by 1.8 points more than the placebo, whereas NICE has defined a significant clinical benefit for antidepressants as a drug–placebo difference in the improvement of the HRSD score of 3 points. However, average improvement scores may obscure beneficial effects between different groups of patient, so in the meta-analysis in this paper, the researchers investigated whether the baseline severity of depression affects antidepressant efficacy.

What Did the Researchers Do and Find?

The researchers obtained data on all the clinical trials submitted to the FDA for the licensing of fluoxetine, venlafaxine, nefazodone, and paroxetine. They then used meta-analytic techniques to investigate whether the initial severity of depression affected the HRSD improvement scores for the drug and placebo groups in these trials. They confirmed first that the overall effect of these new generation of antidepressants was below the recommended criteria for clinical significance. Then they showed that there was virtually no difference in the improvement scores for drug and placebo in patients with moderate depression and only a small and clinically insignificant difference among patients with very severe depression. The difference in improvement between the antidepressant and placebo reached clinical significance, however, in patients with initial HRSD scores of more than 28 -- that is, in the most severely depressed patients. Additional analyses indicated that the apparent clinical effectiveness of the antidepressants among these most severely depressed patients reflected a decreased responsiveness to placebo rather than an increased responsiveness to antidepressants.

What Do These Findings Mean?

[Here is the abstract from the study]

Initial Severity and Antidepressant Benefits: A Meta-Analysis of Data Submitted to the Food and Drug Administration

Meta-analyses of antidepressant medications have reported only modest benefits over placebo treatment, and when unpublished trial data are included, the benefit falls below accepted criteria for clinical significance. Yet, the efficacy of the antidepressants may also depend on the severity of initial depression scores. The purpose of this analysis is to establish the relation of baseline severity and antidepressant efficacy using a relevant dataset of published and unpublished clinical trials.

We obtained data on all clinical trials submitted to the US Food and Drug Administration (FDA) for the licensing of the four new-generation antidepressants for which full datasets were available. We then used meta-analytic techniques to assess linear and quadratic effects of initial severity on improvement scores for drug and placebo groups and on drug–placebo difference scores. Drug–placebo differences increased as a function of initial severity, rising from virtually no difference at moderate levels of initial depression to a relatively small difference for patients with very severe depression, reaching conventional criteria for clinical significance only for patients at the upper end of the very severely depressed category. Meta-regression analyses indicated that the relation of baseline severity and improvement was curvilinear in drug groups and showed a strong, negative linear component in placebo groups.

Drug–placebo differences in antidepressant efficacy increase as a function of baseline severity, but are relatively small even for severely depressed patients. The relationship between initial severity and antidepressant efficacy is attributable to decreased responsiveness to placebo among very severely depressed patients, rather than to increased responsiveness to medication.