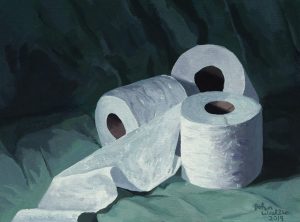 He’s an election falsifier who recklessly promoted lies about the 2020 presidential race long after it was clear Donald Trump lost.

He’s a science fabulist who suggested, without evidence, that the COVID-19 vaccines could make the pandemic worse and who repeatedly touted unproven remedies for the disease — from Ivermectin to mouthwash.

He's tried to rewrite the sordid history of the Jan. 6 insurrection at the U.S. Capitol, claiming the attackers were "people that love this country, that truly respect law enforcement, would never do anything to break the law."

He suggested the government should rewrite the rules for the two government programs seniors rely on most — Medicare and Social Security — making them subject to annual political fights in Congress rather than mandatory payments as promised.

For years, Ron Johnson has demonstrated that he should be retired to his family's seaside Florida home  — and not representing Wisconsin in the U.S. Senate. Voters should send him packing this November.

He wants to upend Medicare and Social Security

Johnson said recently that Medicare and Social Security should be subject to annual budget deliberations, which would be a drastic change for a pair of essential social insurance programs and could put them at risk.

Americans pay into both programs and qualify for benefits when they reach retirement age. They are set up like insurance plans and offer a guaranteed benefit. That's why they are treated by the government as mandatory spending. Treating them as “discretionary spending” would subject them to annual partisan squabbles and could put the guarantees promised to seniors at risk.

Though there are legitimate concerns about future funding of both programs, neither is in imminent danger. Medicare is funded through 2028 and Social Security through 2035, according to government projections. In the past, Congress has been willing to work out solutions rather than continually blast campaign rhetoric. It has resolved funding problems without resorting to drastic steps.

His office was involved in Trump's ‘fake elector’ scheme 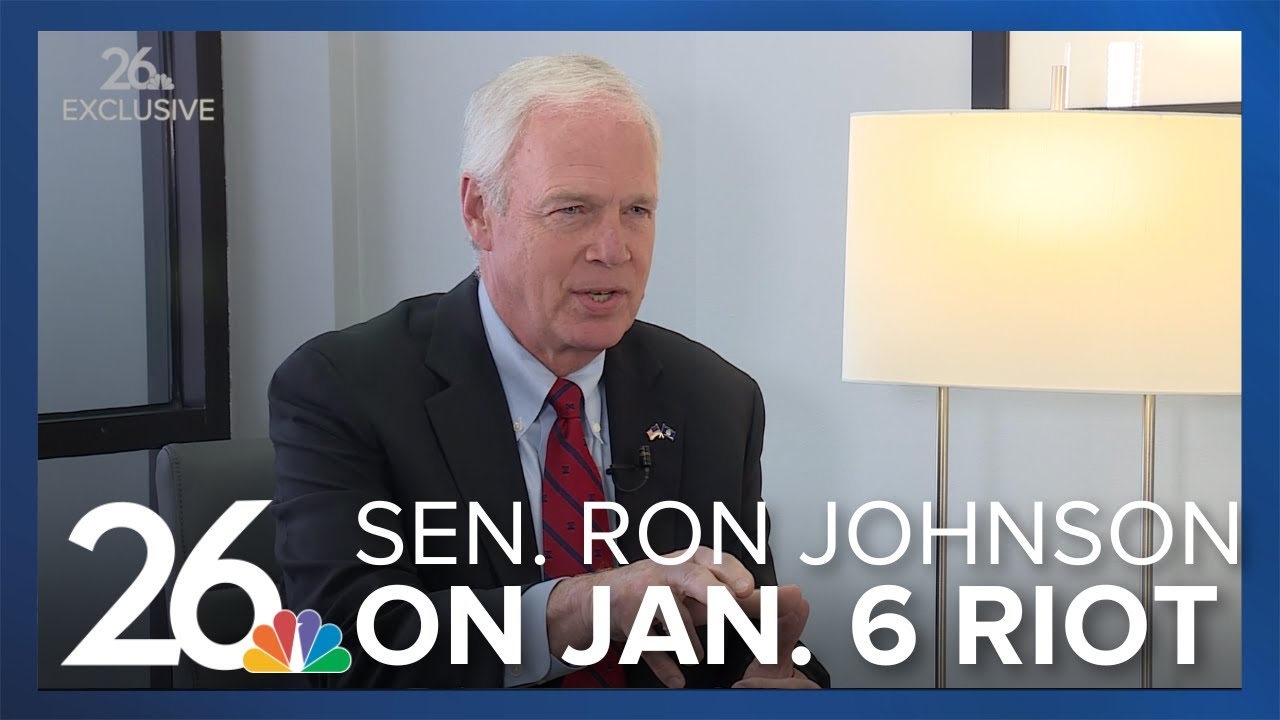 Johnson's office was involved in an attempt to pass a document regarding “Wisconsin electors” to then Vice President Mike Pence just minutes before Congress was to ceremonially certify the election on Jan. 6. Johnson’s explanations for what happened — and for what he and his staff knew — don’t add up.

Trump and his lawyers were pushing a wild scheme to replace authentic electors — the people selected based on citizens' votes — with sycophants who would flip the results in battleground states to Trump. That corrupt plan could have erased the choice made by voters and potentially handed the presidency to Trump if enough swing states flipped. Trump lost the popular vote by 7 million votes nationwide and in the Electoral College 306-232. The Trump scheme was treasonous.

Opinion: Given the stakes in Wisconsin's midterm elections, the editorial board has a duty to stand up for voters and against Ron Johnson

Opinion:I'm a lifelong Republican but sometimes party loyalty asks too much. I'm voting for Mandela Barnes and Tony Evers

He refused to tell the truth about the 2020 presidential election 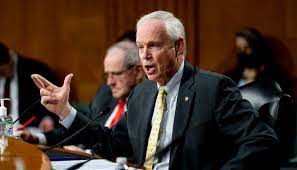 Johnson spent weeks questioning the validity of the election despite evidence showing conclusively that Joe Biden had won the presidency. He held a one-sided hearing allowing Trump’s lawyers to air allegations of fraud that had already been rejected by dozens of courtrooms across America, including both Republican and Democratic judges and even federal judges appointed by Trump.

Johnson’s role in amplifying lies about the election — including his threat to challenge the ceremonial counting of electoral votes in Congress — encouraged Trump supporters to believe the result could be overturned and contributed to the tragedy at the Capitol.

On Jan. 6, 2021, Johnson did not vote against objections to Joe Biden's victories in Arizona and Pennsylvania after the deadly sacking of the U.S. Capitol interrupted Congress' tallying of Electoral College votes. Up until the insurrection, Johnson publicly stated he intended to vote in favor of challenges to state-certified votes.

About two weeks after the election, he acknowledged that Joe Biden had won the election, according to the former Brown County Republican chairman. And in August of 2021, Johnson was recorded saying that Trump lost Wisconsin simply because he underperformed other Republicans on the same ballots in the same election. "He didn’t get 51,000 votes that other Republicans got, and that’s why he lost," Johnson said.

Now Johnson refuses to say whether he would accept the outcome of the November election once the results are certified, the Wisconsin State Journal reports.

We cannot elect people to office who do not honor the results of elections and still expect to hold onto our democratic republic. It's that simple. Even citizens who don't like his opponent should withhold their vote for Johnson on this point alone — to ensure our government derives its power from the consent of the governed.

To ensure, as Republican President Abraham Lincoln put it, "that government of the people, by the people, for the people shall not perish from the earth."

He repeatedly downplayed the seriousness of the attack on the U.S. Capitol

Johnson claimed the rampage "didn’t seem like an armed insurrection.” This was despite the fact that five people died, rioters called for the deaths of Vice President Mike Pence and leaders of Congress, weapons were found on attackers and stashed nearby, and organized white nationalists led violent charges against Capitol Police and forced their way into the building, using flagpoles, bear spray, fire extinguishers and other blunt objects as weapons.

Johnson later said those who attacked the Capitol, “were people that love this country, that truly respect law enforcement, would never do anything to break the law.” If that wasn’t bad enough, he added this racist remark: If the protesters had been “Black Lives Matter and Antifa protesters,” he said. “I might have been a little concerned.”

With a wink and a nod, Johnson was voicing support for the white supremacists who led the attack on the Capitol.

It's worth noting: One of the people at the scene that day, a top lieutenant to the Proud Boys chairman, pleaded guilty last week to seditious conspiracy in connection with the riot at the Capitol.

Johnson forced changes to the 2017 Republican tax overhaul that benefitted some of the nation’s wealthiest people, including himself and his own donors.

In 2021, ProPublica revealed how Wisconsin’s Republican senator ensured donors got a massive tax break in a bill the party claimed was a “middle-class tax cut.” Thanks to Johnson's last-minute threat to vote against the legislation, a huge portion of its billions in savings ended up going to just 82 of America's wealthiest families.

Three of the senator's top donors — billionaires Diane Hendricks and Dick and Liz Uihlein — were on the short list of those who gained the most. ProPublica reported that the tax break Johnson muscled through "could deliver more than half a billion in tax savings for Hendricks and the Uihleins over its eight-year life."

And now, as Johnson comes under criticism during his reelection campaign for leveraging a tax break for the uber-wealthy who need it least, he accuses his critics of "class envy."

Hendricks and the Uihleins continue to invest in Johnson, funding attack ads against his challenger, Democrat Mandela Barnes.

After Oshkosh Corp. said in June it intended to make vehicles for the U.S. Postal Service at a new facility in Spartanburg, S.C., U.S. Sen. Tammy Baldwin and others stepped in to try to bring those 1,000 jobs to Wisconsin.

"It's not like we don't have enough jobs here in Wisconsin," Johnson said. He said the company was best suited to decide where to locate the jobs.

"I wouldn't insert myself to demand that anything be manufactured here using federal funds in Wisconsin," Johnson said.

He was a super spreader of disinformation during the pandemic

Johnson used his perch as a U.S. Senate committee chair to promote the use of Ivermectin as a coronavirus therapy even though the manufacturer itself said there was no evidence it worked. He touted the anti-malarial drug hydroxychloroquine as a treatment though studies found it wasn’t effective.

Johnson questioned the need for masks — and later questioned the safety of COVID vaccines themselves and declined to be vaccinated, even though all the evidence has shown masks help slow the spread of disease and that the vaccines are safe and effective.

Johnson asserted that gargling with mouthwash can kill the virus that causes COVID-19, an outlandish claim the makers of Listerine and medical experts quickly debunked.

Johnson claimed "athletes are dropping dead on the field" after receiving the COVID-19 vaccination, an utter fabrication.

And he falsely claimed that unvaccinated people around the world were being put into “internment camps,” earning him a “Pants on Fire” rating from PolitiFact.

From his first run for office in 2010, Johnson has thought that he knew better than the vast majority of scientists who study climate change.

During a meeting with this editorial board that year, Johnson claimed the impact of humans on the climate hadn’t been proven. It was “far more likely,” he said then, that “it was sunspot activity or something just in the geologic eons of time where we have changes in the climate.”

And last year, he told a Republican group, "I don't know about you guys, but I think climate change is — as Lord Monckton said — bullshit."

In fact, more than 99.9% of peer-reviewed scientific papers agree that climate change is mainly caused by humans burning fossil fuels and increasing the amount of carbon and other greenhouse gases in the atmosphere, according to a 2021 survey of 88,125 climate-related studies.

It should come as no surprise that Johnson has taken hundreds of thousands of dollars in donations from people employed by or associated with the fossil fuel industry.

You'll notice Johnson is not touting a long record of accomplishments in his ads for re-election. Instead, he and his supporters have attacked his opponent — a Black man — as "different" and "dangerous."

So, what has Johnson delivered for Wisconsin after 12 years in the Senate (the equivalent of three presidential terms)?

• The Trump tax cut that he, in fact, blocked until it was amended to deliver enormous new breaks for his top donors and 80 other ultrawealthy American households.

• A 2018 "Right-to-Try bill" that allows terminally ill patients to try experimental treatments not yet approved by the U.S. Food and Drug Administration.

In fact, Ron Johnson is the worst Wisconsin political representative since the infamous Sen. Joseph McCarthy. Johnson in the past promised to serve no more than two terms. Voters should hold him to that pledge in November.

MORE:5 takeaways from the debate between Ron Johnson, Mandela Barnes: A clash over crime and abortion

Editorials are a product of the USA TODAY NETWORK-Wisconsin editorial board, which operates independently from the network's news departments. Email: jsedit@jrn.com