“… Walker has, since his 2010 gubernatorial run, been a top recipient of campaign contributions from the Kochs. …”

Scott Walker is a model governor. Not in every sense, as critics of the Wisconsin Republican’s anti-labor extremism, ethical lapses and failed experiments with economic austerity will remind you. But he is certainly a model governor in the eyes of billionaire conservative donors David and Charles Koch and their acolytes. This reality has led 2014 Republican gubernatorial candidates who seek the billionaire blessing — so essential for conservative politicians in state races — to make reverential references to Walker when appealing to the Koch brothers.

Secret tapes of a June summit of wealthy donors organized by the Kochs reveal that top Republican gubernatorial prospects — including Nebraska’s Pete Ricketts and Arizona’s Doug Ducey — appeared before the group, as did Senate Minority Leader Mitch McConnell and a cavalcade of right-wing Senate candidates that included Iowan Joni Ernst, Arkansas Congressman Tom Cotton and Colorado Congressman Cory Gardner. All were solicitous. But few were so blunt as Ducey, a wealthy former business executive who thanked the Kochs directly while declaring, “I have been coming to this conference for years. It’s been very inspirational.”

Ducey did not stop there.

On the tape, which was obtained by The Undercurrent and shared exclusively with The Nation, he made it clear that he is all about lining up with Walker: “So uh, in this business, you’re known by the company you keep, and uh, we’re proud that we’re off to a fast start. Uh, we’re proud that Governor Scott Walker from Wisconsin has come out and endorsed our campaign.”

Walker endorsed two candidates in seriously contested Republican primaries for governorships this year. Both of them appeared at the Koch brothers session in June: Arizona’s Ducey and Nebraska’s Ricketts. Like Ducey, Ricketts raves about Walker and has hailed the Wisconsin governor as “a true leader in the Republican Party” because he “stood up to the big government union bosses.”

Ducey and Ricketts are well aware that Walker did not stand alone.

Walker has, since his 2010 gubernatorial run, been a top recipient of campaign contributions from the Kochs, and a beneficiary of the “independent” campaigns of Koch-fueled groups such as Americans for Prosperity. The Koch-Walker connection runs deep. “We’re helping him, as we should. We’ve gotten pretty good at this over the years,” David Koch said when Walker faced a recall election in 2012. “We’ve spent a lot of money in Wisconsin. We’re going to spend more.”

Of course, Wisconsin is just one state. The Koch brothers and their allied millionaires and billionaires don’t simply spend money in the Badger state; they spend money wherever they find Republican candidates who are in the Walker mold. Indeed, the executive director of the Republican Governors Association told the secret June gathering organized by the Kochs, “We’ve really had no stronger partner over the last four years than Americans for Prosperity.”

The RGA’s Phil Cox talked — in another recording obtained by The Undercurrent and shared with The Huffington Post — about how vital money from the Koch brothers and their wealthy allies has been when it comes to advancing the initiative with which Walker has been most closely associated: the “divide-and-conquer” fight to undermine collective bargaining rights for public employees and to weaken the teacher unions.

Jabs at those teacher unions — and at unions in general — were among the biggest applause lines as Cox outlined plans to elect governors who share the Walker vision.

But where do the next union-busting governors come from? That was an important focus of the mid-June summit that the Kochs organized at Dana Point, Calif. Republican gubernatorial candidates need the checks that are written by the Kochs and their allies, and the independent expenditures that the billionaires fund. And so the candidates came to the Dana Point summit begging.

The tape shared by The Undercurrent with The Nation illustrates how gubernatorial candidates appealed for the blessing of both the Kochs and the network of wealthy donors that moves money not just to sustain specific campaigns but to fund “independent” projects such as an Arizona primary-season ad blitz highlighting Walker’s endorsement of Ducey.

As Ducey told the Koch brothers’ summit on June 16, “I can’t emphasize enough the power of organizations like this.”

Why does the Koch power matter so much? That’s easy. The policies that governors like Walker have outlined and implemented are not popular. Despite an $18 million investment by the RGA and its allies in Walker’s Wisconsin experiment, Cox acknowledged at the Koch summit that the governor has no easy route to re-election. “This is a race we’re going to have to be engaged in right on until the end,” he said of this year’s contest in Wisconsin, which the latest Marquette Law School Poll ranks as dead even.

The same goes for Arizona, where a Real Clear Politics analysis of recent polls rates the race between Ducey and Democrat Fred DuVal as a toss-up.

That explains why, when he arrived in California to beg the favor of the Kochs, Ducey laid it on thick — hailing Scott Walker to the crowd that used its money to make the Wisconsinite a Republican rock star. Echoing one of Walker’s favorite themes, he reminded the room full of big money, “The real action is in the governor’s office.”

John Nichols is associate editor of The Capital Times. jnichols@madison.com and @NicholsUprising 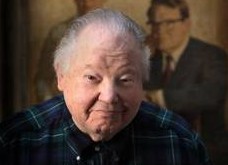