Julian Assange to Reuters, February 27, 2012: ” … Here we have a private intelligence firm, relying on informants from the U.S. government, foreign intelligence agencies with questionable reputations and journalists. What is of grave concern is that the targets of this scrutiny are, among others, activist organizations fighting for a just cause. … “

New WikiLeaks and the Bhopal link 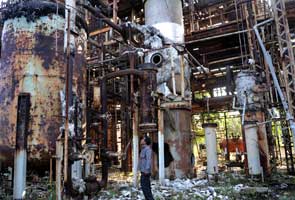 New Delhi: Whistleblower website WikiLeaks today began publishing more than five million confidential emails from US-based intelligence firm Stratfor. The online organisation claims to have proof of the firm’s confidential links to large corporations such as Bhopal’s Dow Chemical Co to which it allegedly provided information concerning the activities of activists working in connection with the Bhopal gas tragedy.

Here are top 10 facts about the fresh expose:

1 ) On Monday, WikiLeaks began releasing on its website more than five million emails from Stratfor, a US-based global security analysis company that Reuters says has been likened to a shadow CIA.

2) The messages, which date from between July 2004 and December 2011, allegedly show that Dow Chemicals used Stratfor to monitor the online activities of activists in Bhopal, campaigning against the company for the 1984 Union Carbide/Dow Chemical gas disaster. WikiLeaks claims that Stratfor provided to Dow analysis of daily developments in court hearings in India; it also allegedly shared travel plans and activities of campaigners pushing for action against Dow. “We are angry and shocked to know we were being monitored…not right to spy on us,” activists in Bhopal said. …

… E-mail from morson@stratfor.comto Stratfor officials, on 23 December 2010: This e-mail appears to profile the leaders of Students for Bhopal Advisory Board, a US-based activist group. The Stratfor analyst describes the Board as “representing the North American grassroots supporters of the International Campaign for Justice in Bhopal”. The e-mail profiles the seven leaders of the Board in detail, describing their views and what they have done for Bhopal victims.

E-mail from Ann Sigsby, senior analyst, Allis Information Management to Dow officials, on 21 December 2010: Sigsby talks about PTI, the news agency, doing a report on ‘Bhopal gas verdict, compensation issues made headlines in MP’ as part it annual review of top annual stories. Sigsby tells Dow officials there were “multiple pickups through India media websites” of the PTI story. The e-mail talks of The Hindu’s front page carrying an article on the BJP criticizing the Congress for allowing William Anderson, Union Carbide chief during the gas tragedy “to get away”.

E-mail from Ann Sigsby, 3 March 2011, to Dow officials: “Things are much quieter today on the Bhopal issue,” Sigsby begins her mail. Sigsby refers to two Indian newspapers writing articles about a protest against Dow participating in a trade show. It quotes a New York Times reporter’s article questioning whether companies were influencing the Indian origin governor of Louisiana, Bobby Jindal. Dow had reportedly contributed $100,000 to a charitable foundation run under Jindal’s wife’s name. The NYT article noted that Dow had not been fined for a December 2009 chemical spill in St. Charles parish, despite the state proposing a fine for the companies.

E-mail from Ann Sigsby, 03 07-11, to Dow officials: Sigsby writes about an activist called Colin Toogood tweeting a link to TV news channel CNN-IBN’s “video on the BMHRC drug trials the Bhopal NGOs say used gas victims as ‘human guinea pigs’. The tone of the 3-minute piece is accusatory and demanding but does not mention Dow or focus on the gas accident itself.” The same e-mail quotes a Hindustan Times opinion piece written by independent commentator Ashok Malik.

E-mail from Ann Sigsby, 14 June 2011: The e-mail cites a Hindustan Times report on “a group of disaster victims in India who “still await justice” – the families of those killed in the 1997 Uphaar cinema fire. The [Association of Victims of the Uphaar Tragedy] president Neelam Krishnamoorthy invoked the Bhopal gas tragedy regarding a 2009 legislative proposal by the AVUT for “legislation to prevent man-made tragedies in public places. For over two years, the matter has been pending with the Law Commission.”

E-mail from Ann Sigsby, 6 September 2011: “The media so far today is all tangential to the core Bhopal issues,” this e-mail notes in disapproval. It talks about literary fiction on the Bhopal tragedy and how a scientist’s speech on the disaster was quoted by four agencies.

E-mail from Ann Sigsby, 8 December 2011: E-mail talks about Shooter Gagan Narang being the first Indian athlete to say Dow Chemical should be allowed to be a sponsor of the 2012 London Games even though the Indian Olympic Association (IOA) wants the organisers to reconsider it. “Pickups (of the story) are not extensive,” the mail notes.

E-mail from Ann Sigsby, 8 August 2011: The e-mail notes that “displeasure” in India was growing over Dow being a sponsor at the London Olympics. “Coverage of the activist displeasure over the Olympic stadium wrap is mainly in India at this point in time,” it says. …

Previous Article
ROBERT REICH: Make Sure You Know The GOP's Big Investors Before You Vote
Next Article
The Strange Sinking of the Nazi Titanic

The Strange Sinking of the Nazi Titanic
Mar 07