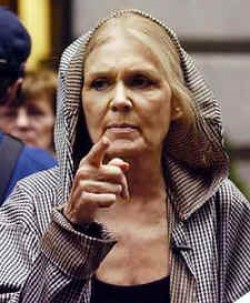 Feb. 22 (Bloomberg) -- The front organization was one of the earliest and most trusted weapons in the psychological Cold War between the U.S. and the Soviet Union.

These seemingly independent and high-minded anticommunist entities were often created or co-opted by the bright young spies who became the founding fathers of the Central Intelligence Agency. Together, the groups formed what one U.S. agent called a Mighty Wurlitzer, an organ for playing variations on an anticommunist fugue.

Hugh Wilford takes that phrase as the title for his superb new account of the underground combat in ideas and checkbooks that unfolded in the 1950s and early '60s. In The Mighty Wurlitzer: How the CIA Played America, he explains that the U.S., in bankrolling front groups, was tacitly emulating a Soviet technique for manipulating elite and popular opinion.

Aiming to thwart the appeal of communism, the CIA and its forerunners co-opted labor unions, magazines and universities. They created scores of bogus committees and phony associations -- groups of Soviet-bloc emigres, artists and intellectuals, students, blacks and women.

The galaxy of early Cold War front organizations is studded with acronyms, conferences, disputes, conspiracy, lore and still- classified information. Wilford heroically resists getting bogged down in marginalia, keeping his narrative at a relatively high altitude over the voluminous material.

He enlivens every chapter with sketches of larger-than-life figures: Frank Wisner, for example, was the half-mad genius who coined the Wurlitzer image; he devised elaborate subterfuges to champion freedom. Henry Kissinger, for his part, lured young emigres to Harvard seminars with government funds, Wilford says.

What of the patriotic volunteers? Gloria Steinem, the future feminist, has acknowledged that she worked for a CIA front, the amusingly named Independent Service for Information, whose purpose was to undermine a Soviet-bloc youth festival in Vienna. Tom Dooley, the celebrated humanitarian doctor in 1950s Vietnam, had no issues with his CIA cash, Wilford reports.

Neither did Eugene Groves, the president of the National Student Association -- until he finally decided the organization could no longer live a lie. The outing of that program by Ramparts magazine and its crusading editor, Warren Hinkle, exposed a spectrum of suspected front organizations, embarrassed the U.S. government and blemished the CIA for a generation.

One important insight Wilford brings to this history is that it wasn't necessarily ignoble to promote American values in the face of a menacing communist alternative in those two decades.

He also recounts cases where fronts were as opportunistic as their masters, taking CIA money and continuing to say and do as they pleased. Civil-rights leader James Farmer, for example, used a high-profile trip to Africa to criticize the U.S. government, even though he later voiced suspicions that the travel was funded by CIA largesse, Wilford writes.

The Committee of Correspondence, a CIA-whelped anticommunist group of letter-writing women, adopted as its slogan Jesus' promise from the book of John, "The truth shall make you free.'' The CIA later engraved these words on a wall at headquarters.

"Considering what some of these people were doing, that phrase was really chutzpah,'' a committee veteran later remarked.

Neither the CIA nor their witting fronts had the wit to see that the arrangement corrupted the very American values of truth and freedom that they were promoting.

Hypocrisy aside, the damage wasn't just to those exposed as front organizations and to the agency responsible, as Wilford reminds us. It was to all the other organizations that are truly independent and reflected genuine engagement and opinion. To this day, NGOs, charities and media organizations struggle to maintain their credibility as neutral actors against suspicions of collusion first planted in the days of the Mighty Wurlitzer.

The Mighty Wurlitzer is published by Harvard University Press (342 pages, $27.95).

(Charles Trueheart, the director of the American Library in Paris, is a critic for Bloomberg News. The opinions expressed are his own.)