Holocaust » The Strange Sinking of the Nazi Titanic

The Strange Sinking of the Nazi Titanic

The 'Nazi Titanic', a 1943 German wartime propaganda film commissioned by Joseph Goebbels about the famous sinking, is the subject of a new Channel 5 documentary

Footage from a film known as "the Nazi Titanic," a 1943 German  wartime film commissioned by propaganda minister Joseph Goebbels that   portrays the sinking of the Titanic, will be shown on British television for  the first time in a new Channel 5 documentary airing on Tuesday.

The film, called simply Titanic, features a fictional German hero in  the role of the ship's first officer, and was according to Channel 5 "one of the most expensive and amibitious movies ever made" at the time. The  film used real German marines as extras despite the ongoing war with   Britain.

The movie is described in the documentary as a crude attack on British society. It depicts the sinking as a result of profit-seeking greed by the   ship's owner Joseph Bruce Ismay and other wealthy passengers on board the Titanic.

Fittingly, the film itself proved to be a disaster, and was eventually banned entirely by Goebbels after a brief theatrical run as it was decided that the tragic images could be demoralising to the under-fire German population. Its original director, Herbert Selpin, was arrested - and later found hanged in prison - after speaking out against the Nazi regime.

The passenger ship used in the filming of Titanic, the SS Cap Arcona, itself sank just three years after filming on May 3 1945, though its sinking in the Baltic Sea was due not to an iceberg but the Royal Air Force.

Tragically, the SS Cap Arcona was carrying around 5,500 concentration camp inmates at the time, most of whom died in the attack. They were mainly prisoners who had been held in various concentration camps in Germany, and who were being deported as the Allied invasion drew closer. More people died in this disaster than the roughly 1,500 who died in the actual Titanic sinking in 1912.

The entire 1943 German film will be screened at the BFI Southbank in London as a part of its Titanic season in April. 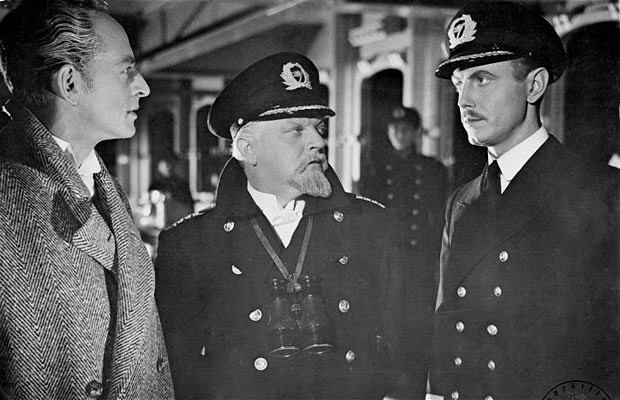