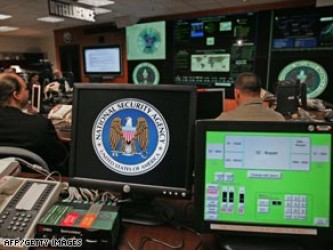 Former Qwest CEO Joseph Nacchio alleges in court documents that the US government canceled a lucrative contract with the National Security Agency after the company refused to participate.

Qwest’s refusal to participate in the surveillance program was because the firm thought it was illegal.

Nacchio, who was convicted in April on 19 counts of insider trading, said the NSA had asked Qwest to participate in a warrantless surveillance program more than six months before the terror attacks of Sept. 11, 2001, citing court documents unsealed in Denver this week. Nacchio is appealing his conviction.

In the filings, Nacchio suggests that Qwest’s decision not to participate in the surveillance program prompted the government to cancel a separate NSA contract, the report said. Nacchio is arguing that the incident shows that his stock sale shouldn’t have been considered improper.

Nacchio received a six-year federal prison sentence in July. Prosecutors said Nacchio made stock sales in 2001 while maintaining to the public that the company’s business was still strong, even though his staff had advised him differently.

In court papers, Nacchio says he had been optimistic that Qwest would overcome weak sales because of the expected NSA contract.

The allegations could affect a congressional debate over whether telecom firms sued for disclosing customers’ phone records and other data to the government after the Sept. 11 attacks should be given legal immunity, even if they didn’t have court authorization.