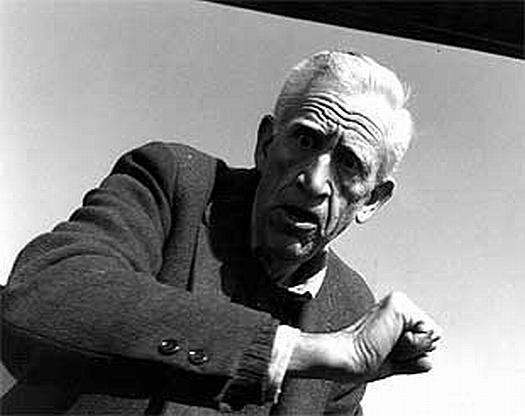 "... In Search of J. D. Salinger' by Ian Hamilton recounts Salinger’s experiences in the employ of United States Defense Intelligence, during and after World War II, serving with the Counter Intelligence Corps (CIC). His time was spent mainly in the interrogation of captured Nazis. However, toward the end of the war, he was involved in ... the subsequent creation of the mind control program MK-Ultra. Project Artichoke was developed under the influence of the former Nazis who worked with CIC to get the Jews to Palestine. ..."

J. D. Salinger - With Love and Squalor, For Esmé

This essay will explore the relationship of America’s most famous recluse to The CIA, George H.W. Bush and the MK-Ultra mind control program.

In his celebrated story "For Esmé – With Love and Squalor," Salinger, trying to get a grip on life, most probably is talking about himself when he starts a correspondence with a thirteen-year-old British girl in 1948. "A Perfect Day for Bananafish"  is another story about his struggle with suicide.

“In Search of J. D. Salinger” by Ian Hamilton recounts Salinger’s experiences in the employ of United States Defense Intelligence, during and after World War II, serving with the Counter Intelligence Corps (CIC). His time was spent mainly in the interrogation of captured Nazis. However, toward the end of the war, he was involved in the denazification of Germany and the subsequent creation of the mind control program MK-Ultra. Project Artichoke was developed under the influence of the former Nazis who worked with CIC to get the Jews to Palestine. [1]

Salinger had access to the secret memorandum written on June 21, 1933, from the German Zionist Federation to the Nazis, “All German Jewish organizations, it was declared, should be dominated by the Zionist spirit". In 1941, the "Stern Gang," among them Yitzhak Shamir, later Prime Minister of Israel, presented the Nazis with the Fundamental Features of the Proposal of the National Military Organization (NMO) in Palestine:

The NMO, which is well-acquainted with the goodwill of the German Reich government and its authorities towards ZionIsm activity … is of the opinion that: the NMO in Palestine, … offers to actively take part in the war on Germany's side. - The Iron Wall, London 1984, pp.195-197, The Wall Street Journal, December 2, 1976

Concentration weren’t the only camps set up by Hitler and the Gestapo. During the 1930s, in cooperation with the German authorities, Zionist groups organized a network of some 40 camps where prospective settlers were trained for their new lives in Palestine. The Transfer Agreement between Hitler’s Germany and international Zionism, implemented in 1933 and abandoned at the beginning of WWII, allowed German Jews to immigrate to Palestine. [2]

Therefore, it is reasonable to conclude that Salinger connected WW2, Adolph Hitler and the Holocaust to The Modern State of Israel. Adolph Hitler: War Hero, Street Cleaner, Prostitute or Secret Agent: A Psychohistory Analysis.

Salinger was living with both the memory of the horrors of war and with the knowledge that millions of deaths and untold suffering caused by World War II had nothing to do with a fanatical dictator, Adolph Hitler financed by George H.W. Bush’s father Prescott trying to take over the world. [3]

In one of the rare moments when he did speak to the media, he said, “I love to write. But I write just for myself and my own pleasure.” He displayed the mental anguish of a misanthrope involved in one of the bloodiest episodes of the war in Hürtgenwald, a useless battle, where he witnessed the horrors of war and has to confront the reality that 70 million people died in order to create the Modern State of Israel.

Salinger himself was hospitalized for stress, according to his biographer Ian Hamilton and later retreated into his private world and Zen Buddhism. He became an ardent devotee of The Gospels of Sri Ramakrishna, a study of Hindu mysticism.

Alleging a conspiracy about the real reasons for two World Wars in 1950 would be hazardous to your mental and physical health.

It was a choice between getting killed or ridiculed; he chose to wait for death.

Katherine Smith, Ph.D., is a retired research professor of History

[1] The project's intentionally oblique CIA cryptonym is made up of the digraph MK, meaning that the project was sponsored by the agency's Technical Services Division, followed by the word ULTRA (which had previously been used to designate the most secret classification of World War II intelligence). Other related cryptonyms include MK-NAOMI and MK-DELTA.

A precursor of the MK-ULTRA program began in 1945 when the Joint Intelligence Objectives Agency was established and given direct responsibility for Operation Paperclip. Operation Paperclip was a program to recruit former Nazi scientists. Some of these scientists studied torture and brainwashing, and several had just been identified and prosecuted as war criminals during the Nuremberg Trials. http://news.bbc.co.uk/2/hi/uk_news/magazine/4443934.stm, http://www.jlaw.com/Articles/NaziMedEx.html

Several secret U.S. government projects grew out of Operation Paperclip. These projects included Project CHATTER (established 1947), and Project BLUEBIRD (established 1950), which was later renamed to Project ARTICHOKE in 1951. Their purpose was to study mind-control, interrogation, behavior modification and related topics.

[2] When Lenni Brenner’s, 51 Documents: Zionism Collaboration with the Nazis was published the Pro-Zionist British Jewish central organization wanted Amazon to issue a warning to their customers, "We have urged Amazon to acknowledge on the site that this book is of a dangerous and controversial nature.”

The Nazi era is the most discussed period in history, yet most Jews and others are unaware of the interaction between ZionIsm, Hitler and Mussolini. What happened to the Jews is constantly utilized in ZionIsm propaganda as justification for the creation of the Israeli state, the silver lining around the dark cloud of desolation.

[3] “The Catcher in the Rye”, written in 1951, sold a mind boggling sixty-five million copies and was both the most censored and the second most popular book used in U.S. public schools in 1981. It is narrated by seventeen-year-old Holden Caulfield, a schoolboy in rebellion against the dubious values of the adult world.

The Phony Must Die Says The Catcher In The Rye !

The Phony Must Die Says Die Says The Catcher In The Rye !

John Lennon Must Die Says The Catcher In The Rye !

The attempted assassination of Ronald Reagan is believed by many to this day to have been an "in-house" conspiracy, intended to elevate former CIA Director and then-Vice President, George W. Bush to the Oval Office. Reagan was caught in "a cross-fire" from several directions as he entered an open car in a plot employed by John Hinckley Jr. a member of a family with long, close ties to the Bush’s (Scott Hinckley and Neil Bush).

I am not in any way suggesting that “The Catcher in the Rye” was written for the CIA as a triggering device intended to set off a post-hypnotic suggestion.

What I am speculating is that his former associates in the intelligence community either in an effort to mock him (more likely) or to discredit him (less likely) by demonstrating to the world at large that such works, The Catcher in the Rye  is dangerous to the minds of our country's youth, ostensibly driving them to madness but more likely dangerous for their ability to make us question are role in conforming to a consumer society.