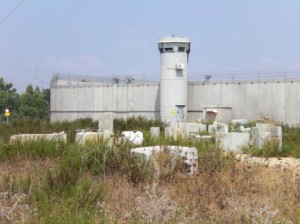 Following pressure from critics, Germany’s largest bank has divested from the Israeli firm that supplies technology for the West Bank security fence.

Deutsche Bank CEO Josef Ackermann announced at Thursday’s shareholder meeting in Frankfurt that the firm had sold all its shares in Elbit Systems, a major Israeli defense company. The company declined to cite a reason for divesting from Elbit, whose stock value has fallen some 30 percent this year. But two groups critical of the West Bank security fence that had called on Deutsche Bank to divest from Elbit — International Physicians for the Prevention of Nuclear War and Pax Christi, a Catholic nongovernmental organization that describes itself as a human rights and peace movement — issued a joint statement Friday calling their divestiture campaign “a major success.”

Several years ago, the International Court in The Hague issued a nonbinding ruling saying the security fence violated international law. Over the years, Israel’s Supreme Court has ordered the route altered in some places.

Pax Christi and the international physicians’ group said Deutsche Bank should “not to profit any longer from the violation of human rights and international law through the construction of the Israeli wall on Palestinian lands.”

As of March 31, according to those groups, the bank still had more than 50,000 shares in Elbit, making it one of the Israeli company’s largest shareholders.