Phone Hacking Scandal Redux What Did Rupert Murdoch (and Son James) Know & When Did They Know It? (w/ITN Video) 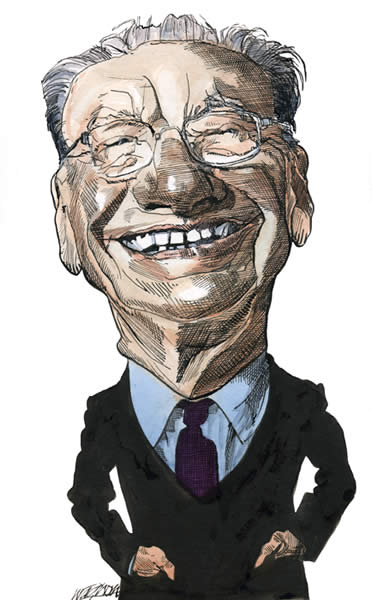 " ... The Times story about how the Murdoch organization systematically hacked into the voicemail messages of just about anybody who is anybody in London—a story that few UK news outlets, save for the Guardian, have touched, and that Scotland Yard has been loath to pursue—is a rousing whodunit with many smoking guns. ... "

Don Van Natta Jr., the lead reporter on the New York Times’ Sunday Magazine story about the phone hacking scandal that’s engulfed some of Rupert Murdoch’s newspapers in London, is a Times enforcer. When Judy Miller, the Times reporter, became a central player in the Valerie Plame scandal and her reporting in the Times about weapons of mass destruction came under question, the Times gave Van Natta the tricky assignment of covering the Times' own role in the mess (and distancing it from Miller).

Van Natta is a Times insider, loyalist, and gun, in ways similar to various Murdoch reporters who do Murdoch’s bidding, like Andy Coulson, the former editor of News of the World, and now Prime Minister David Cameron’s communications chief, or Steve Dunleavy, who, in the mid-1980s, investigated Warner’s chief Steve Ross during Murdoch’s efforts to take over the company. All newspapers have their hatchet guys.

The Times is now locked in a ferocious battle with Murdoch. He’s trying to use the Wall Street Journal to undermine the Times—to lessen it as a competitor or, even, weaken it so much that he can buy it.

The Times is striking back—though a little oddly (the Times can be brutal, but it likes to pretend it is much less brutal than it can be). Instead of using the paper to make its attack, it’s using the magazine—this is a clear choice for the Times. The pretense here is to try to make its attack on Murdoch less like a direct newsroom decision (although, likely, the cost of a three-man team in London did not come out of the magazine’s budget)—less like news, and more like a gee-wiz-keen story.

Still, just because you have ulterior motives (and some worry and guilt about your motives), doesn’t mean the story won’t stick. The Washington Post didn’t like Nixon—and because of that bad blood we got Watergate.

The Times story about how the Murdoch organization systematically hacked into the voicemail messages of just about anybody who is anybody in London—a story that few UK news outlets, save for the Guardian, have touched, and that Scotland Yard has been loath to pursue—is a rousing whodunit with many smoking guns. But it is as menacing to the Murdochs for what’s not in it. Indeed, the story is even more powerful as a threat. Its second part is yet to be written. This is what they’re holding over Murdoch’s head—another shoe.

The story traces who knew what about the phone hacking and when they know it right up to Andy Coulson. And there it stops. In the chain of command at News International (News Corp.’s British subsidiary), if Andy Coulson knew something then his mentor and boss, Rebekah Brooks, knew it, and if Rebekah knew it, then James Murdoch knew it (this is a very tight office and social circle), and if James knew it, then his father knew it. And who knew what when about the hacking is only a prelude to who knew what when about the cover up and the obstructing and suborning of investigations into the hacking.

Murdoch can control the powers that be in London—and walk free. But if he’s going to take the New York Times down, its message is that he and his son are going down, too.

Even the nice boys can play rough.

More of Newser founder Michael Wolff's articles and commentary can be found at VanityFair.com, where he writes a regular column. He can be emailed at michael@newser.com. You can also follow him on Twitter: @MichaelWolffNYC.