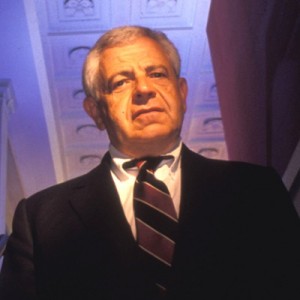 Cincinnati superlawyer Stanley Chesley is a Democratic Party kingmaker and husband of a federal judge. He also seems to get a piece of every big mass-tort case that comes along: Toyota, BP, and a few years back, fen-phen.

That last one haunts Chesley as the Kentucky Bar Association continues to probe the squalid facts surrounding the $200 million settlement he helped negotiate with American Home Products in 2001. In a filing released earlier this week, and reported yesterday by the Louisville Courier-Journal, the Bar Association said Chesley is facing disciplinary proceedings over his role in the case. In previous actions, three lawyers were permanently disbarred (two of them also went to jail) and another may lose his license for five years.

The facts, as recapped in the Kentucky Bar filing, are ugly. Kentucky lawyers Shirley Cunningham, William Gallion and Melbourne Mills, Jr. recruited some 440 clients after reports that fen-phen, a diet-drug combination,could cause life-threatening side effects. They brought in Chesley, the husband of U.S. District Judge Susan Dlott, under a fee-sharing agreement because of Chesley’s clout as a negotiator of a $5 billion settlement of federal fen-phen claims.

After negotiating the Kentucky settlement in 2001, the Bar Association says, the lawyers offered clients an ultimatum: Accept what we’re offering or the entire deal is in jeopardy. They didn’t inform their clients of the total settlement amount and never sought their approval before agreeing to it. Lawyer David L. Helmers, whose license may be suspended for five years by the Bar Association, told his clients “everyone had to settle or no one got any money, and that they were lucky to get what they got.” Some clients got a fraction of what AHP thought it was paying them; one got a check for $1,000,500 without being told her proper share was $3.75 million. The lawyers, meanwhile, raked off $100 million of the settlement in violation of agreements giving them fees of no more than 33%.

Chesley, who was paid $20.5 million, has argued he was a consultant with minimal involvement in client dealings. But the Bar Association filing indicates at least one example of his direct involvement. After lawyer Mills found out he’d been misled into thinking the settlement was for $150 million, not $200 million, the ringleaders decided to tell their clients more money was available. To convince them, Helmers distributed a letter he got from Chesley explaining how the court had authorized a second round of payments.

Helmers was found guilty by the Bar’s trial commissioner of distributing to his clients “a letter given to him by Chesley which he knew contained misleading information.” Chesley wasn’t immediately available to comment. The letter, from Cunningham’s law firm, states that some of the settlement had been released from escrow, a “very unusual” second distribution.

In fact all of the money was supposed to be distributed immediately, said Louisville attorney Angela Ford, who is suing Chesley and the other three lawyers on behalf of 420 fen-phen claimants. She said Chesley negotiated that agreement and was “counsel of record for four years.” She won a $42 million civil judgment against Cunningham, Gallion and Mills but is still chasing Chesley, who got himself removed from the judgment and is scheduled to face trial instead. (The judgment is on appeal and Ford has filed to have Chesley included in it, instead of going through a separate trial.)

The fen-phen case, in all its turns, illustrates the conflicts and collusion that are inherent in mass-tort litigation.

“It’s a perennial problem,” said Nancy Moore, an ethics expert at the University of Boston Law School. ” The amount of money the lawyers can earn is so great that there’s a temptation to settle quickly while doing as little as possible.”

In this case, the disciplined lawyers seem to have ignored a fundamental rule for professionals of all stripes: Clients must give informed consent. According to the aggregate settlement rule that has been adopted in every state, Moore said, lawyers can’t negotiate a group settlement unless they inform each client of the terms and give them an chance to reject it. And the clients “have to know what everybody else is getting,” Moore added.

Chesley might argue he was a sort of special-teams player, brought in to negotiate a better settlement with AHP. The ethics rules are a little murky on whether a lawyer in his position actually has an attorney-client relationship with every client. But from Moore’s perspective, “it’s hard to say somebody negotiating on behalf of 440 individuals is not representing them.”

As for Helmers, the filing reads like a cautionary tale for law students — with a surprising twist at the end. He worked for Gallion while attending the University of Kentucky and joined the firm after passing the bar in 1997. For the next several years he was consumed with the fen-phen cases, but argued he worked under the authority of partners who made the key decisions. That wouldn’t fly in Moore’s ethics class: “You cant say `I was just following orders,’” she said. “You have an individual obligation to know and apply the rules.”

The bar’s trial commisssioner, Roderick Messer, has recommended that the Kentucky Supreme Court remove Helmers’ license for five years. But it’s not clear what lesson other aspiring lawyers will take from his case. Messer overruled the disciplinary committee, which wanted a permanent suspension. He also overruled the committee’s recommendation that Helmer return the $3 million bonus he got from working on the case. That money, Messer theorized, might have come from the $60 million the lawyers legitimately earned in fees, not the $40 million they stole. Enough to ride out five years of early retirement before returning to the noble practice of the law.