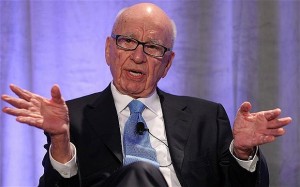 Legal pressure is mounting on Rupert Murdoch's News Corporation in the US   after it emerged that multiple lawyers are preparing cases over alleged hacking on American soil.

Mark Lewis, the lawyer who has been at the forefront of efforts to expose phone hacking at the News of the World, flew to the US this week to file at least three civil suits on behalf of alleged victims.

Meanwhile, a handful of law firms have approached Mr Lewis to explore the possibility of legal proceedings on behalf of their own American clients who claim to have had their phones hacked.

It has also emerged that a second lawyer is considering a lawsuit in the US over alleged hacking.

News Corp has been fighting to keep the scandal from contaminating its US interests, but the potential new lawsuits leaves it exposed. The company, which is already being investigated by the FBI and the US Department of Justice, has said it will co-operate with the various investigations.

Phone hacking law suits to be filed in US courts

Law suits over alleged phone hacking by Rupert Murdoch’s News Corporation are   to be filed in American courts for the first time, it has emerged.

By James   Orr and Andrew   Hough

Mark Lewis, the lawyer who has been at the forefront of efforts to expose the practice at the News of the World, is expected to file three civil lawsuits   on behalf of three alleged victims.

One is believed to be connected to the late Diana, Princess of Wales and the Royal household while a second is linked to the England football team.

The third is described as a “Hollywood case” because the individual was in contact with a celebrity, which made him a target. All three claim that the offences took place whilst they were on American soil.

The threat of further legal action in the United States is likely to expose News Corp, the parent company of News International which published the no  defunct tabloid, to further embarrassing claims and bring the scandal to the   front door of its headquarters in New York.

On Wednesday night, Mr Lewis told The Daily Telegraph he was flying out to America today to speak to US lawyers.

“I will be having a series of meetings regarding matters relating to phone hacking claims against the News of the World, which has issues in American jurisdictions,” he said.

Mr Lewis, who flies into San Fransisco before heading to New York next week, declined to say who his clients were but added that it was likely more victims would emerge. He also declined to say how much money his clients were seeking. Mr Lewis earlier told a news website that all of the phone numbers that were allegedly hacked were found in the notebooks of Glenn Mulcaire, the private detective formerly employed by the News of the World.

Mr Lewis said he was keen to start requesting documents through the US courts and said there were likely to be more alleged victims in America.

He said: “We’ve only seen the documents that exist in respect to News International in England, and there’s been no process of discovery in   respect of News Corp. That could be the next thing that we have to find   out.”

It has been reported that the FBI have already begun examining claims by Jude Law, the actor, that his phone was hacked while he was at JFK airport in New York.

It is believed the cases do not relate to the 39 year-old Alfie star.

A total of 21 arrests have been made in connection with Scotland Yard's Operation Weeting, which relates to phone hacking and 23 in Operation   Elveden, the investigation into illegal payments to officers.

Last month Rebekah Brooks, the former chief executive of the News of the World, became the first person to be rearrested by detectives investigating phone hacking.

More than 60 detectives out of 171 looking into illegal newspaper practices are focused on allegations of bribery as part of Operation Elveden.

Currently the Metropolitan Police's biggest operation, Elveden was launched in July after News International provided the police with emails which alleged that corrupt police officers had received payments totalling about £130,000 over several years.