"... Plaintiff Eunice Huthart has suffered a grotesque invasion of her privacy ..."

By DOMINIC PATTEN Deadline Hollywood, May 22, 2014

Confirming his tentative ruling from February, a federal judge has formally dismissed the U.S.-based phone-hacking scandal suit against News Corp filed last June by a stunt double for Angelina Jolie.

“The underlying facts here do not seem to be in dispute, at least by these parties. It appears, and certainly is alleged, that Plaintiff Eunice Huthart has suffered a grotesque invasion of her privacy,” said Judge Michael Fitzgerald this week, granting the dismissal motion by the media giant in the first and only American-based suit in the wide-reaching scandal.

“Nonetheless … the Court concludes that Huthart must obtain her relief from the courts of England and Wales,” he added in the order (read it here) filed Wednesday. Despite attempts by Huthart in March to keep the case in the U.S. with an argument that a move to the British courts would be the “litigation equivalent of purgatory,” this latest order is almost verbatim what the judge said in his tentative ruling in February.

Related: Rebekah Brooks Cleared Of One Charge As Defense Begins

In her initial complaint filed on June 13, 2013, the England-born Huthart — whose most recent gig was as a stunt coordinator on Disney’s upcoming Maleficent starring Jolie — claimed her cell phone was hacked in 2004 while staying in the U.S. and working with Jolie on Mr. And Mrs. Smith. Her fears turned out to be correct when Huthart’s name and phone number later turned up in the notes of Glenn Mulcaire, the jailed P.I. who worked for the now-shuttered Rupert Murdoch tabloid News Of The World. That hacking seems to be connected to a number of stories about the early days of Jolie’s relationship with her Smithco-star Brad Pitt. 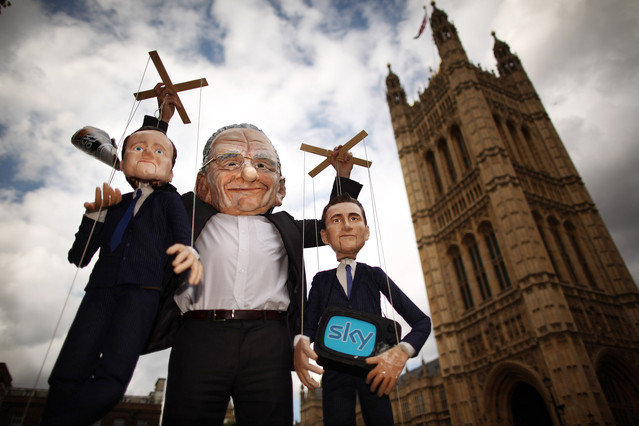 In what ultimately has proved to be a successful argument with Fitzgerald, News Corp and News International’s lawyers filed a motion in September to throw out the case or have it moved to Britain. They argued that the case should be tossed from the U.S. courts because Huthart’s cell was a UK phone with a UK company and Mulcaire’s alleged actions against her originated in the UK. “Huthart argues that California also has an interest in this litigation because her voicemail messages were hacked not only when she was in England, but also when she was in Los Angeles,” noted Fitzgerald. “Even assuming that Huthart’s messages were stored temporarily in the United States and transmitted using United States-based networks, this activity does not create a sufficiently strong interest to outweigh the private interest factors and England’s strong interest in this action. That’s music to News Corp’s ears because the company also wanted Huthart’s case moved to a Brit jurisdiction because “a trial on these matters in the United States would be complex, expensive, and burdensome for a Court with one of the most congested dockets in the United States.”