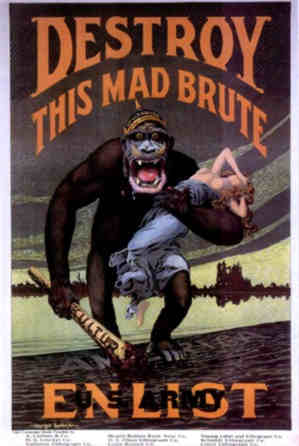 Americans need to send a sarcastic thank you to the Pentagon for their gifts of unwarranted war propaganda. Whether you are an anti-war activist or a pro-Afghan war cheerleader, everyone needs to be aware of our collective canard.

The war gag is over. The truth curtain has fallen. The gig is up.

Anyone with careful eye sees the war in Afghanistan is not going as smoothly as previously advertised. President Obama cheered for a 2011 exit date, yet anyone with a kindergarten education in Counter Insurgency knows 2014 is the earliest plausible exit date. Senior advisor to Gen Petraeus, David Kilcullen said, "We need to stop talking about 2011." Gen (USA ret) Barry Mccaffrey agreed with me as we spoke on Larry King Live, "15 years is the minimum timetable for any major improvements in Afghanistan". All the evidence indicates the US has no plans to leave by next summer.

The Pentagons PR teams spend billions of dollars to convince the public that the Afghanistan war is necessary.

The Pentagon tells Americans, "If the military does not continue the war then another 9/11 attack is imminent."

Conservative media outlets continue to use terrorism as an agent to advocate for expansive US interventionism. Giving into the Pentagon's PR teams, Fox News and now TIME magazine, continue to push for more interventionism. Thus, President Obama does not offer much change for Foreign Policy matters. Outside of his Cairo speech, President Obama seems to allow the Bush doctrine of open-ended war to continue. Guantanamo Prison is still open, secret renditions are increasing; US troops are not leaving Iraq despite President Obama's campaign promises and the Afghanistan war continues to fall into a bottomless pit.

Americans need reminding of 7 years ago. Largely, We fell for the propaganda canard of the Iraq Invasion. We lived through one of the largest frauds in our national history. The hoodwinking that occurred during the dawn of the Iraq war should make Americans squirm with embarrassment. Recall, the WMD's never showed up. Alternatively, the famous "quick and easiness" promised by President Bush. Recall Paul Wolfowitz remarks, "Iraqi oil will pay for the war". The Propaganda list is endless for the war on Terror is endless.

With the exception of a few, the media is falling for the same tricks again. The main difference is the operational location. Today, the war propaganda comes from the Afghanistan front. TIME magazine follows the Pentagon movement, reiterating the Bush administration's rhetoric.

"Women are no longer imprisoned in their homes," The fight against terrorism is also a fight for the rights and dignity of women."

9 years later President Obama claims we are in Afghanistan for three reasons:

Obama has broken ties with Bush, yet the propaganda remains. In other words, the Imperial White House strong arms the media culture to follow the Pentagon's orders. Once the media is in line, the American enlisted ranks get to enjoy foreign adventures which high paid media experts never experience.

As a Marine from both wars and an international commentator on the War on Terror, all this media propaganda is nonsense. Its patents fraudulent PR campaigns for the Washington consensus. Soldiers do not go into villages and make sure woman's rights are upheld. In fact, is impossible for an army to occupy and nation bring cultural transformation.

When we get sent to foreign lands, we find bad guys and capture them. The American military is an instrument of power, not a force for creative diplomacy.

Only local people from their own domestic homeland can bring human rights to their communities.

The US military cannot stop human rights abuses abroad, that is not our mission. The mission of the American Soldier is to protect and defend our constitution against armed enemies, foreign and domestic. We are not the policeman of the world.

Why did Bush, Rumsfeld, the Pentagon, and now TIME magazine put up with this propaganda? Mainly, the imperial White House is to blame. The Imperial White House exists because the US Congress has thrust too much power towards the President.

The Pentagon's job is to follow orders. They are given a mission from the White House and they follow through with it. If they President says, "we are going to protect woman's rights," then the Pentagon gets in order, and says "yes sir." Even if they have no idea how to do it, the Pentagon must follow its orders.

The lesson to be learned from the past 9 years should inform Americans to stop believing the chatter from the Imperial White House. Those of us who have been on the ground at the very bottom of the ranks know what the US military can do and cannot do.

TIME Magazine has given a war racket which hurts the American Soldiers and Marines. Its not in America's interests to be trying to fix the worlds problems. As Reinhold Niebuhr said,

As a Patriotic American and a former Marine, I urge all of us to get realistic about this war.

At the rate of 8 billion dollars a month, do Americans want to be in Afghanistan for the next 15 years? Do we want to babysit Afghans as they take charge of their country? Is that the only way to make sure another 9/11 does not happen?

Realism is hard to swallow, however if we ignore reality and buy the propaganda, we only have ourselves to blame for the consequences.

Dangers of a Politicized Military

Organic Consumers Oppose Kagan for Going to Bat for Monsanto

The Bush Dynasty and the bin Ladens