Justice, is it a Word Veterans get in their Lives? 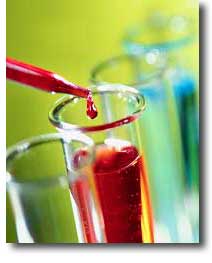 … I have been told by a VA psyhicatrist that I was making up the story of the human experiments at Edgewood Arsenal, that the United States would NOT treat soldiers in a matter that I described. After all President Bush and VP Cheney took us to war with Iraq because Saddam Hussein used chemical weapons on the Kurdish people, Iraqi’s all of them. The difference was the Kurfs were trying to kill Saddam, and Saddam was tring to kill the Kurds. After Gulf War One President Bush 41 encouraged the Iraqis to rebel against Saddam and that we the United States would stand with them and aid them, in deposing him. Well, we all know how that turned out, tens of thousands of Iraqi’s died and we did NOT help them.

What is NOT widely reported is that in 1988 President Reagan sent then Special envoy Donald Rumsfeld to meet with Saddam and arrange the sale of componets to make chemical weapons, such as Mustard agents and Sarin gas, which the Iraqis loaded into bombs, , missiles, artillery shells etc. We knew he had these weapons as we sold them to him.

In March 1991 we destroyed an ammunition dump in Kamiassayah, Iraq, what was not known by the troops is the bunkers were filled wit these weapons and when Army EOD destroyed them, they sent toxic clouds across the Arabian Peninsula, possibly affecting evertone who came into contact with this cloud. The VA reports that approximately 25% of all Gulf War veterans may be physically harmed by their war service, all of the other previous wars, Vietnam, Korea and WW1 and WW1 average a 9% disability rate. The only difference between those other wars and Gulf War one was the extent of chemical weapons Saddam had, which were provided by Rumsfeld on President Reagans orders.

I and the other Edgewood “test vets” have been used in 2 long term health studies, the first was a report titled ” Veterans at Risk, 1993″ and then a Gulf War specific report by the Institute of Medicine’s William Page, P.H.D. titled “Long-term health effects of exposure to sarin and other anticholinesterase chemical warfare agents”.

The amazing discoveries of this report is that of the 7120 soldiers used in these experiments between 1955 thru 1975, and indicates the majority of these men are aged 45-65 in FY 2000 when this data was gathered. The glaring statistic is the fact that 40% of the veterans can NOT be located despite having access to IRS, VA and Social Security records, if the men were alive the government would HAVE found them for this report.

The report does show in the fine print that of the 4022 men found by the IOM, that 54% of them report some form of disability, yet the government ignores what the disabilities are, why?

The combined death and disability rate for these 7120 veterans coes to 74.43%, an extremely high number for any similar type of veterans of the Vietnam War era, then add into the fact that for every man that volunteered for these experiments the recruiters had to choose the best test subject available from 200 men for each slot, there were that many volunteers. They were the healthiest and smartest men the Army had available from 1955 thru 1975.

To be accepted as a “med vol” the soldier had to be in excellent health and have a GT score higher than 110, which was 10 popints higher than the requirements for Officer Candidate school which was 100 at the time.

The volunteers had a lot of “promises” made to them that were not kept, we were given two dollars a day extra pay called TDY pay at a term for the duty, considering we averaged two hundred a month base pay, this was a huge “pay raise” we also received per diem of 35 dollars a day travel pay and mileage from Fort Lewis, Washingtonm and back fro Edgewood Arsenal, the total for the almost three months, 60 days TDY, 10 days each way travel by Privately owned automobiles, each of the ten Fort Lewis soldiers received about 4,000 dollars in September 1974, almost a years extra pay. The other promises of promotion points, the award of medals such as the Army Commendation Medal or the Soldiers medal were never awarded, they lied to us about these types of recognition. For many of us who had chosen to make the Army a career choice, these broken promises us, harmed us. Given that most of us were infantry MOS’s of 11 B or 11C we only need the minimum points of 450 to be promoted to eith Sergeant or Staff Sergeant, which was pretty simple to obtain if you were breathing. The medals would have affected us when our promotion packages went to the boards for promotion to Sergeant First Class, Master Sergeant and Sergeant Major.

It also would have been proof that we stuck our lives on the line for a hazardous duty assignment, that the results would benefits soldiers of the future Army be creating uniforms and equipment for the battlefields of the future, the arguments the recruiters made to us, in order to get us to volunteer for the “med vol” program.

They never informed of us of the involvement of the 8 German (NAZI) doctors and scientists, whose history was expertise in human experiments at the death camps of WW2 Germany, some of them had worked with Dr Menegele, in all more than 2100 Germans were brought into the US after WW2 in Operation Paperclip by the CIA and primarily a DR Sidney Gottlieb who was the CIA chief of the Special Operations Division, which controlled all of the human experiments at Fort Detrick, Edgewood Arsenal, Dugway Proving Grounds, Utah Hawaii, Puerto Rico, San Francisco, Canada, he was also the American liason with Porton Downs, England where the British were doing similar chemical weapons and drug experiments, were they told their soldiers, they were searching for a cure to to common cold.

The military failed in it’s obligation to protect the soldiers under it’s command, and in turn turned us over to a misguided CIA program to find a way to exert “mind control” over military forces, or possibly spies they would be able to field. People joke about the “Manchurian Candidate” yet that appears to be exactly what DR Gottleib was after.

If anyone had told me in 1973 when I enlisted in the Army, I would end up totally disabled by age 45, by what I believe are causes of the exposures of Edgewood Arsenal, either intentional or accidental thru environmental exposures thru the aquifer or soil of the base. Edgewood Arsenal has 77 toxic substances in the soil of drinking water, which the EPA did not order capped until 1978, 3 years after the human experiments were stopped by order of President Ford, and his Chief of Staff Richard B Cheney and his Secretary of defense Donald Rumsfeld.

The Veterans Administration is the proper venue for compensation claims for the veterans and or their widows if the medical conditions these veterans, yet the VA denies that the veterans were harmed by any of the exposures, as the Army claims all substances were safe, excuse me, 77 of them are “toxic” how can they be considerereded “safe”?

The nation owes these men and their dependents veterans benefits, it was not my goal to grow up and be totally and permanantly disabled by age 45. I have been service connected for medical issues as a redult of my service, nothing related to Edgewood Arsenal, because the VA refuses to even acknowlege the exposures or the danger I was exposed to. I don’t care if I ever speak to the VA again, but the 7119 other “test vets” and or their widows and children deserve evert benefit this nation has to award them. Even those token medals would be many days late and would go along way towards showing the families what these veterans did was important and heroic, to allow yourself to be exposed to chemical weapons and drugsthat not even the scientists knew would happen to the mena dn women who would take them, either orally, theu a needle, or by inhalation.

None of us ever expected to have to SUE our government to recognize what they did to us, this is the final insult.

What This Case Is About

Plaintiffs seek declaratory and injunctive relief only – no monetary damages – and Plaintiffs seek redress for 25 years of diabolical experiments followed by over 30 years of neglect, including:

■ the use of troops to test nerve gas, psychochemicals, and thousands of other toxic chemical or biological substances and perhaps most gruesomely, the insertion of septal implants in the brains of subjects in a ghastly series of mind control experiments that went awry;
■ the failures to secure informed consent and other widespread failures to follow the precepts of U.S. and international law regarding the use of human subjects, including the 1953 Wilson Directive and the Nuremberg Code;
■ an almost fanatical refusal to satisfy their legal and moral obligations to locate the victims of their gruesome experiments or to provide health care or compensation to them;
■ the deliberate destruction of evidence and files documenting their illegal actions, actions which were punctuated by fraud, deception, and a callous disregard for the value of human life.

The Complaint asks the Court to determine that Defendants’ actions were illegal and that Defendants have a duty to notify all victims and to provide them with health care going forward.

This is not an episode of an X File show, this is happening today in federal court in San Francisco, California, since the Department of Justice were not able to persuade the Judge to dismiss the lawsuit. May they never do this to another soldier.