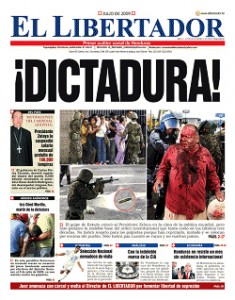 According to the investigation, named "Opus Dei in Honduras, The Catholic Church in the Coup" by sociologist Marco Burgos, active members of this clan are making intromissions in the Honduran national politics, despite Honduras is officially considered a secular country.

The text said that Opus Dei is headed by Cardinal Oscar Andres Rodriguez, spiritual leader of the Honduran Catholics, who has not denounced the violation to the Constitution that the coup was, and has instead blessed it.

Honduran coupist government Foreign Vice Minister Marta Lorena Alvarado, and the Mayor of Tegucigalpa, Ricardo Alvarez, are some of the members of Opus Dei.