Nearly 70 years after the recruitment of Nazis by the military-industrial elite, corporate-state media can now safely “discover” facts that much-despised “conspiracy theorists” have been reporting for decades. But you don’t want to report too many details, and you certainly want to soften the blow by emphasizing how important Nazis are to our “interests.”

Using American troops as guinea pigs in non-consentual terminal experimentation with chemo-war toxins and drugs? They did it for you.

Death squad training in Latin America, political assassinations, state-sponsored terrorism, secret files for McCarthy’s blacklist, authoritarian propaganda “bandwagon” studies, CIA concoctions for “killing us softly?” Our Good Germans performed those services. They love you and are looking out for your “interests.”

Remember this segment the next time PBS rattles a tin cup. It is in your interest to spend the money on belly-button pop music instead — you may even learn something from it.

After World War II, the government recruited dedicated Nazis — the scientists behind Hitler’s formidable war machine — to come to the U.S. to protect American interests during the Cold War. Jeffrey Brown talks to journalist Annie Jacobsen about her new book, “Operation Paperclip,” which sheds light on this veiled national security program and confronts the moral conundrum of whitewashing the past.

Jeffrey Brown has our book conversation.

JEFFREY BROWN: Nazi scientists, some of them tied to war crimes including horrific concentration camp experiments, brought to the U.S. in a secret program to advance American security interests during the Cold War. It sounds like the plot of a film drama, but it actually happened and on a large scale.

The story is told in the new book “Operation Paperclip.” Author and journalist Annie Jacobsen joins us now.

JEFFREY BROWN: These were top scientists in the German war effort sought out by the U.S. military in the — as the war was coming to an end.

These were Hitler’s top weapons makers. And Operation Paperclip became a classified military program to bring them to the United States. It also had a public face. So there was on the one hand the truth about the program kept secret and on the other hand the idea that we will tell the public that these are the good Germans.

JEFFREY BROWN: The good Germans. But they were dedicated Nazis, the ones you write about. We should say, there were many, 1,600 in all. Right?

JEFFREY BROWN: You document about 21, dedicated Nazis, some, as I said, involved in horrific stuff.

What they did was known, right, to the people who were — to the Americans who were seeking them out?

ANNIE JACOBSEN: Certainly to the American military intelligence officers who were interviewing them.

The idea that they were involved in war crimes was really necessary to be kept secret, and that’s exactly what happened. In the book, I think I unveil a lot of the truth about this program that’s remained clouded for decades.

JEFFREY BROWN: So, give us an example of one of the figures that intrigued you.

ANNIE JACOBSEN: Well, I think one of the worst-case scenarios was that the United States military made the decision to bring Walter Schreiber. This Major General Dr. Walter Schreiber, the surgeon general of the Third Reich. He wound up at a military facility in Texas.

JEFFREY BROWN: And doing what?

ANNIE JACOBSEN: Well, during the war, Dr. Schreiber had been involved in the vaccine program for the Reich, which sounds like a nice program, but it was actually a program to work on protecting German soldiers from these biological weapons that were also being manufactured.

So he was involved in war crimes in concentration camps. He became a prisoner of the Soviets, and then defected to the United States. We saw him as someone who we absolutely wanted here for his knowledge. So, in the United States, it still remains unknown what exactly he did, only that he worked for the U.S. Air Force in Texas.

JEFFREY BROWN: You know, this becomes, of course, a story of practical vs. ethical choices, right, whether to — decisions made whether to look the other way or forget about the past in order to advance and gain advantage over the Soviets, it should be said, during the Cold War.

I mean, the Cold War got hot very quickly, and the Soviet threat was this foreboding menace. And the idea was, certainly at the Pentagon and among the Joint Chiefs of Staff who were really running this program, was, if we don’t get these Nazi scientists, surely the Soviets will.

JEFFREY BROWN: Was there much debate at the time about the ethics of it?

ANNIE JACOBSEN: Absolutely there was a debate, and I think that’s what makes the narrative so compelling, because you have some people, including high-ranking generals at the Pentagon, who are loath to work with Hitler’s former scientists. And you have others who say, this must be and it will be done.

JEFFREY BROWN: You said we don’t really know much about the case of Walter Schreiber and what he did. Some of them, do know. Right?

And the very famous case — most famous one is Wernher von Braun.

ANNIE JACOBSEN: Yes, he came here. He was the head of our rocket program and brought 114 fellow V-2 rocket makers with him. And this program again had a very beneficent face.

Only now do we know the facts are very different about what those scientists were involved in at the end of the war in what was called the Nordhausen slave labor factory deep in the tunnels that you had concentration camp prisoners building the V-2 rockets.

JEFFREY BROWN: So in a case like that and others where we know that they did accomplish things for the U.S. when they came here, then the question — and you write this — does accomplishment cancel out past crimes?

ANNIE JACOBSEN: That, I think, is the conundrum of Operation Paperclip.

And I hope that people come to their own conclusion about that, because certainly the idea that you would excuse some of this horrific, horrific behavior during the war becomes, you know, that big moral question.

JEFFREY BROWN: And what happened to these guys in the end? A number of them just lived out their days quite well here in the U.S.

ANNIE JACOBSEN: You know, the obituary for Dr. Theodore Benzinger in The New York Times I think kind of sums it up. He died in 1999. And The New York Times lauds him as a good German scientist who dedicated his life to the U.S. military.

It leaves out the fact that he worked with Himmler very closely during the war and was actually on the original list of Nuremberg war crimes trials. And yet he was released into U.S. custody and came to the United States. So this idea that you can just whitewash someone’s past, I think, is important to look into and to investigate, so that that truth can be reconciled.

Annie Jacobsen, thanks so much.

ANNIE JACOBSEN: Thank you for having me. 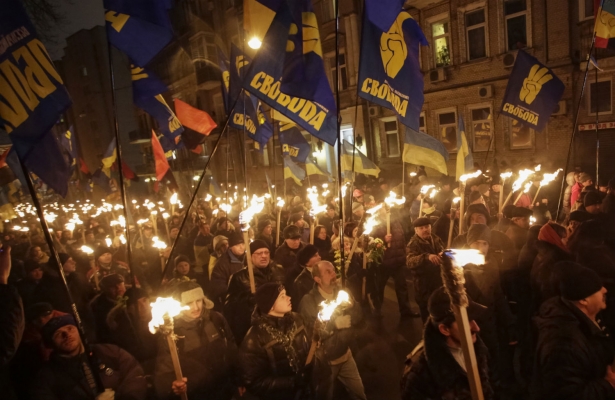