In an interview with Deutsche Welle, the former UN Special Rapporteur on Torture lauds the Obama administration for joining the UN Human Rights Council. But he urges Obama to deal with the legacy of his predecessor.

Manfred Nowak served as UN Special Rapporteur on Torture from 2004 until October 2010. He is the director of the Ludwig Boltzmann Institute of Human Rights in Vienna and a professor for international human rights protection at the University of Vienna. From 1996-2003, Nowak was a judge at the Human Rights Chamber in Bosnia.

Will they receive a fair treatment? I think the very fact that there is a universal periodic review is extremely important because every state in the world whether or not it has ratified certain United Nations human rights treaties has to undergo this review and it is taken seriously by states. Of course it is not free from politics, but the troika that was selected for taking the lead in discussing the US report consists of Cameroon, France and Japan, so I think these are all states from which we in principle can expect fair treatment.

In its required report prior to the council's review, the US admitted problems with discrimination and immigration. What other human rights issue involving the US do you expect the council to raise?

First of all, the US has a very bad reputation in ratifying UN and other human rights treaties and accepting monitoring procedures. It's one out of two countries in the world which has not yet ratified on the rights of the child, similarly the convention on the elimination of discrimination against women, the covenant on economic, social and cultural rights, even the Inter-American convention on human rights.

There is no individual complaints procedure. No US person can ever bring a complaint to an international body whether within the United Nations or the Inter-American Court of Human Rights. It has not accepted the statute of the International Criminal Court and that is of course a matter of major concern.

Another big concern is of course capital punishment. The death penalty is still fairly widely practiced in 35 states and in the federal jurisdiction and the General Assembly of the United Nations issued a strong appeal to all states to at least take action for a moratorium with the final aim of abolishing the death penalty.

A further concern is the prison system. Of the roughly 10 million prisoners worldwide more than 2 million are in the US because of a very punitive and retributive way of criminal justice. The prisons are overcrowded and the conditions in maximum security prisons are very very strict. They have shackles and other forms of restraints that are inhuman. 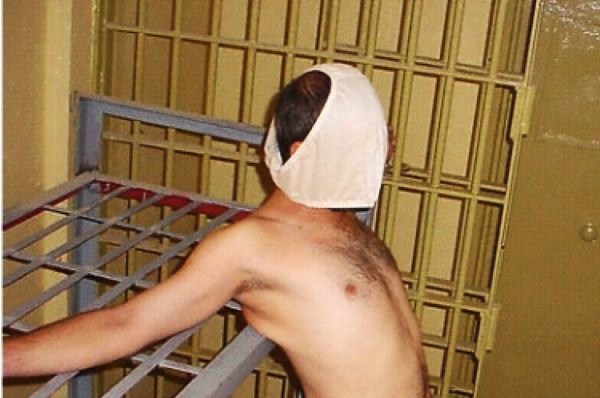 And then we have the whole issue of the legacy of the Bush administration and their so-called war on terror. We have just heard from the Wikileaks documentation that the US knowingly practiced torture in Iraq, handing over detainees to the Iraqi securities forces.

They have not closed down Guantanamo and the Obama administration has not brought a single individual whether a CIA officer, military or the political persons responsible for the practice of torture to accountability before a criminal court. Not a single victim has received any form of compensation which of course is a continuing violation of the obligations of the United States under the convention against torture.

The Obama administration has vowed to close the CIA's secret prisons and to stop using harsh interrogation methods, but it has not repudiated so-called renditions, that is the abduction and transfer of prisoners to other countries, but has insisted it won't transfer prisoners to countries where they might be tortured. As former UN Special Rapporteur on Torture, how do you rate the Obama administration's performance on torture and inhumane treatment of prisoners?

But the second issue is that the Obama administration is under an international obligation to deal with the past. And Obama closed his eyes and said I don't want to look into the past. He should have immediately established a comprehensive investigation appointing a blue ribbon commission or a special investigator to first investigate what really happened.

Now Wikileaks in relation to Afghanistan and Iraq has shown some evidence, but there is much more. Where were the secret detention places? What kind of methods have been used in order to torture the detainees? That all needs first to be established and on the basis of such an independent investigation there are two obligations. One is to hold the perpetrators accountable. This is an obligation under criminal law under the torture convention and that means also those who ordered it whether it is the (former) Defense Secretary Donald Rumsfeld or others. That depends on the outcome of the investigation. If you have enough evidence, you have to bring them to justice.

And second, of course the victims of torture and renditions have an internationally recognized right to an adequate remedy and reparation. That means at least compensation or for torture victims rehabilitation. In other states that cooperated with the US some victims received compensation. In the US, even the Obama administration is still invoking the state secrecy privilege in order to block civil litigation by victims.

Last year you called on the Obama administration to prosecute George W. Bush and Donald Rumsfeld for permitting torture to take place. Are you disappointed that it hasn't happened and probably won't ever happen?

Of course it's a political issue as well. But from a legal point of view, there's an obligation. I am not calling really for particular individuals. What I am saying is first we need the truth. And then it is up to the independent judicial bodies of the US, judges and prosecutors, to take the necessary action. If all the evidence is on the table, for instance in relation to John Yoo and Jay Bybee (legal counsellors to George W. Bush - ed.) and others who issued these torture memos which were used as a justification of torture by Alberto Gonzales (Attorney General under Bush - ed.) and the Bush administration in general. This is complicity in torture.

We know what kind of interrogation methods Donald Rumsfeld clearly ordered to be applied in Guantanamo Bay and he was warned by Alberto Mora (General Counsel of the Navy under Bush - ed.) and others, his closest legal advisers, that what you are ordering is torture. So he knew it and nevertheless he did it. Now that is clear evidence and in our Guantanamo report already in 2006 we have stated that evidence.

There must be criminal accountability according to the law. I have a certain understanding that President Obama did not want immediately to really get into such a conflict with the Republicans and the former government. But a thorough investigation would be the least that is required from a new president who really campaigned for change and a new ethical behavior in international relations and toward people under his jurisdiction.