” … The New York Times reported Monday that Headley was sent to Pakistan by the DEA despite warnings that he sympathized with extremist groups. … “ 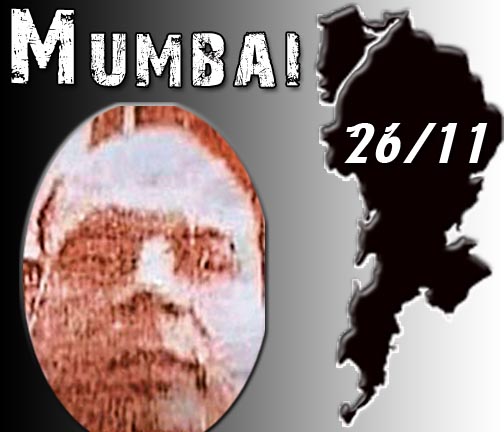 WASHINGTON — Despite hints, the U.S. intelligence community didn’t know that an American whom it had used as an informant was plotting the 2008 terrorist attack on Mumbai, according to an Obama administration review of the case.

While some facts about terror informant David Headley were available to U.S. officials before the Mumbai attacks, the U.S. did not make a connection between Headley and plots against India until after the attacks because of government policy and procedures that were in force at the time, the office of the Director of National Intelligence said in a statement Monday.

The intelligence office did not detail in the statement how those earlier standards may have limited agencies’ awareness of Headley, or what those standards were.

“Had the United States government sufficiently established he was engaged in plotting a terrorist attack in India, the information would have most assuredly been transferred promptly to the Indian government,” according to the statement from the intelligence office.

The Washington Post reported Saturday that the U.S. had received at least five warnings about Headley’s possible links to terrorism. Headley worked as an informant for the Drug Enforcement Agency starting in the late 1990s, though the agency reportedly cut ties with him before the 2008 Mumbai attacks, the Post said. The assault killed 166 people.

The New York Times reported Monday that Headley was sent to Pakistan by the DEA despite warnings that he sympathized with extremist groups.

Headley arrived in Pakistan soon after Sept. 11, 2001, to work as an informant for the U.S. but shortly afterward he began training with terrorists. Warnings about his radicalization went ignored, The New York Times reported, citing interviews with senior U.S. officials.

A federal court in New York ignored alarms in October 2001 when it granted Headley, a small-time drug dealer, an early release from probation so that he could be sent to Pakistan by the DEA.

“All I knew was the DEA wanted him in Pakistan as fast as possible because they said they were close to making some big cases,” Luis Caso, Headley’s former probation officer, told the Times.

The October 2001 warning came from Headley’s former girlfriend, and was first reported by ProPublica on Friday. Headley’s two former wives also raised concerns with American authorities between 2005 and 2008 that he had ties to terrorists but they were also ignored, it was reported last month.

A senior government official also told The Times that he believed Headley was working as an informant for the DEA until 2003, which means he was communicating with the United States while he was beginning to plot attacks in terrorist training camps.

The Times’ report revealed how the government appeared to overlook a number of red flags and miscommunicate its suspicions. One source said Headley simply told the FBI that his former girlfriend was unreliable when asked about her warning to authorities.

Ben Rhodes, deputy national security director for strategic communications, said Monday that while the U.S. had information about Headley, it was not connected to the planning of the Mumbai attacks.

“What we have is various different kinds of information about David Headley that, again, weren’t specific to a particular plot in India,” said Rhodes, traveling with the president in New Delhi.

Headley pleaded guilty in U.S. federal court to laying the groundwork for the attacks. He told Indian interrogators in June that Pakistani intelligence officers were deeply intertwined with Lashkar-e-Taiba, the group blamed in the attack.

Headley was born in the United States but spent most of his childhood in Pakistan, moving back to America as a teenager to be with his mother after his parents divorced. He joined Lashkar-e-Taiba in 2001 after hearing a lecture by the group’s leader, Hafeez Saeed, on the need for holy war.

Under a deal with prosecutors in the United States, Headley will not face execution if he continues to cooperate with their terrorism investigation. He could face up to life in prison and a $3 million fine when he’s sentenced. As part of the plea bargain, the U.S. government agreed not to extradite him to India, Pakistan or Denmark for the charges for which he has admitted guilt.