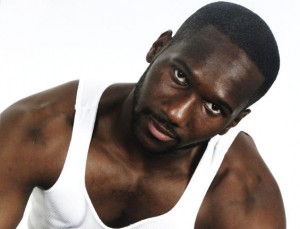 This past January, military investigators turned up a grainy video that might have uncovered the ugliest conspiracy of America's nine-year war in Afghanistan. It showed Miami Gardens' homegrown hero Louis Maxwell crumpling dead from a gunshot wound into the dust of a Kabul street.

A stretch of NW 37th Avenue in Miami Gardens is named for hometown hero Louis Maxwell.

Though the United Nations bodyguard and new dad was surrounded by Afghan soldiers, no one moved to help him. Nobody looked at the apparent killer just across the way. Not a soul searched distant buildings or streets for a sniper who might have fired the shot.

They just stood there.

But authorities have attributed Maxwell's death to "friendly fire," claiming he was killed accidentally by our Afghan allies.

"That's nonsense. He was murdered. I can't understand why anyone would call it 'friendly fire,'" says his older sister, Aijalon Muhammad. "It's obvious what happened. Yet neither the United Nations [nor anyone else] wants to confront the Afghans on this."

Though about 1,200 soldiers have died in Afghanistan since 2001, Maxwell's case is particularly alarming. He was shot dead defending a UN team of monitors that had declared President Hamid Karzai's election a fraud. It's possible Karzai himself engineered the attack as payback.

The United Nations, which at first aggressively searched for the killer, has been dawdling for months. And the United States has done less. U.S. Secretary of State Hillary Clinton visited Afghanistan last week but said nothing publicly about Maxwell's case. After nine months of investigation, the FBI has made no arrests. Even Democratic U.S. Rep. Kendrick Meek, who represents the district where Maxwell's family lives, is indifferent.

And the Afghans? They're too corrupt to care. President Karzai's brother is reportedly a kingpin in the opium trade (and is represented by Miami lawyer and plagiarist Gerald Posner). The U.S.-backed leader has shielded cronies who are likely stealing as much as $1 billion in American aid per year. He clearly orchestrated his own election by faking tens of thousands of votes. And tens of thousands of pages leaked by the New York Times this week show collusion between the Taliban and the Afghan government.

"Louis Maxwell was a martyr to a particular moment of election fraud," says Matthew Lee, a blogger and activist who for months has been hounding the United Nations. "The problem is that the United States and the UN are in bed with Karzai for better or worse."

It's difficult to nail exactly what's been done to probe the murder. (For more about Maxwell's life and death, see "Louis Maxwell's Forgotten Murder, Part 1" and "Louis Maxwell Murdered by Afghan Army, Part 2.") The United Nations declines to release its report as a matter of policy, according to spokesman Nicholas Burnbach. And the FBI won't comment.

Many details can be pieced together from a news conference that UN Undersecretary General Susana Malcorra gave in New York this past April and interviews with two UN officials who decline to be named as well as other sources.

Last December, the international organization appointed a former Australian top cop who is head of peacekeeping police, Andrew Hughes, to review the matter. Even before officially starting in January, he obtained the gruesome cell phone video that shows Maxwell's murder. It was quickly authenticated.

The organization shared the video with the FBI, but nobody said anything for weeks. Finally, in early March, investigators showed up at the family's tidy beige and brick-red North Dade house to report that it seemed Afghan soldiers — not suicide bombers — had killed Louis Maxwell. The visit was just three weeks before his 28th birthday.

"That turned our world upside down," recalls Muhammad, wearing a gray Navy T-shirt that was among her brother's last gifts. "They told us one thing, then something completely different. It was excruciating."

A UN review confirmed there had been three attackers dressed as Afghan police who had somehow — no one is saying how — broken past Afghan guards outside the Bakhtar guesthouse and begun setting off the fires and bombs that killed five and wounded nine.

The attackers killed themselves before Afghan military even showed up in a helicopter and cars. Maxwell, who was wearing his UN ID around his neck, had climbed to the roof to oversee the monitors' escape. He was wounded, but not mortally.

Then he either fell or jumped from the roof and ran back inside to rescue a woman trapped in the flames. Finally, when he lumbered out into the street and approached a Humvee surrounded by Afghan soldiers, someone shot him. In the video, which Germany's Der Stern magazine would disclose weeks before the United Nations publicly acknowledged its existence, three shots are clearly heard before Maxwell falls.

"He thought he was out, that he was free," Muhammad says. "Then they killed him."

At Dover Air Force Base in Delaware, military doctors autopsied the body. They found he had been killed by an AK-47. There was a discrepancy between the video and the forensics, though, according to the UN's Macorra. "He was surrounded by people, and he was shot from the distance," she told reporters. "That is exactly what caused his death — a long-distance shot." This could mean he was shot by mistake.

Pressed, though, she declined to give a distance, saying only it was "more than five meters." That means officers just outside the frame might have killed him. Even perhaps the man across the street shown in the video.

News reports seemed to confirm the killing was at relatively close range. NBC News, the only media outlet besides New Times (and blogger Matthew Lee) to significantly cover Maxwell's killing, hired retired U.S. Army Colonel and Medal of Honor winner Jack Jacobs in April to study the video this past spring. He concluded, "Two Afghan security soldiers ran across the road to where Maxwell was and shot him."

The Afghan government responded to the claim with an enigmatic denial. "We have accepted that there was a bomber wearing a police uniform and he was shooting everyone in front of him," Zemarai Bashary, a spokesman for the Afghan Interior Ministry, told NBC. "Perhaps he shot the security guard."

Two unnamed UN officials blame the Obama administration for not forcing the Afghans to probe the death. After all, the Karzai government arrested several alleged terrorists who "allow[ed] these attackers to come to Kabul and attack the house," according to Macorra. So with the right pressure, more could be done.

"The UN just doesn't want to push this, and the U.S. is doing nothing," blogger Lee says. "And the Afghans won't investigate."

Nobody from the U.S. government, which has spent $285 billion on the war so far, wants to talk about the Maxwell shooting. This is odd. Usually leaders rush to discuss American heroes. "The FBI is currently investigating the death, and I can't comment any further," State Department spokesman Noel Clay told me last week.

"I can confirm it is a Washington field office investigation," FBI spokeswoman Katherine Schweit said. "Nothing more."

Even Congressman Meek, who visited the family after the murder, speaks only in platitudes about his dead constituent. "His memory will not be forgotten," the Senate candidate responded in a written statement when he was asked whether he had pressured the Afghans to investigate.

The most logical explanation for all of this reticence, I believe, is that the Karzai administration — which the United States supports and needs — orchestrated the attack that killed Maxwell. After all, the monitors' complaints had triggered scheduling a runoff.

And the attack worked. Not only did the United Nations immediately pull half of its delegation from the country, but also Karzai's intimidated opponent, Abdullah Abdullah, quit the race after Western leaders suggested his further involvement would spur more violence.

"They sacrificed this guy," Lee says. "The thing to keep in mind is that both the United States and United Nations want so much to get along with the Afghan government that they don't see it in their interest to investigate whether the Karzai government — perhaps intentionally — killed Maxwell."

Aijalon Muhammad and her family, including Louis Maxwell's two sons, ages 8 and 1, still hope the bona fide hero's murder won't be lost in the tangle of international politics. "Every day, I get up and cry," she says. "I don't understand why no one is pushing the Afghan government to turn over his killers. I just don't understand how they are doing this."