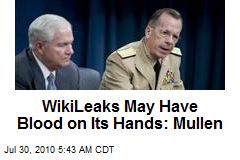 From Wikileaks: "Two Wikileaks-related senior human rights activists have been assassinated. We ask for your assistance."

On Thursday afternoon March 5, Oscar Kamau Kingara, director of the Kenyan based Oscar legal aid Foundation, and its programme coordinator, John Paul Oulo, were shot at close range in their car less than a mile from President Kibaki's residence. The two were on their way to a meeting at the Kenyan National Commission on Human Rights.

Both had been investigating extrajudicial assassinations by the Kenyan Police. Part of their work forms the basis of the "Cry of Blood" report Wikileaks released on November 1 last year and subsequent followups, including the UN indictment last month.

Since 2007 the Oscar foundation had documented 6,452 "enforced disappearances" by police and 1,721 extrajudicial killings. The murders come just two weeks after United Nations Special Rapporteur on extra-judicial killings Professor Philip Alston called on on Kenya's Attorney General and Police Commissioner to be sacked over murders by pollice.

On 18 February 2009, the Oscar Foundation presented its findings for use in a parliamentary debate. The Oscar Foundation vehicle was blocked by a minibus and a Mitsubishi Pajero vehicle, both of which had been following them along State house road. Several men were in the two vehicles.

Two men got out, approached the vehicle of Oscar Kamau Kingara and John Paul Oulu, and shot them through the windows at close range. According to eyewitnesses, the driver of the minibus was in police uniform whilst the other men were wearing suits. The closest eyewitness to the incident was shot in the leg and later taken away by policemen.

A coalition of civil society organizations released a statement blaming police for the murders. "These were very decent men who had done more work than anybody in examining police killings," said Cyprian Nyamwamu, the executive director of the National Convention Executive Council, a non-governmental organization advocating social and economic reform. "I have no doubt that is why they were killed." 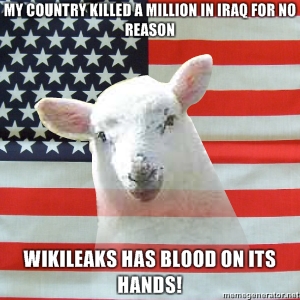 Police said that students from the nearby University of Nairobi moved Oulo's body into a hostel and one student was shot dead when officers tried to retrieve it. The Kenya National Commission on Human Rights have demanded an immediate extral investigation into the deaths. The US Ambassador to Kenya has offered the Kenyan government the services of the FBI. The offer has been declined.

Those with intelligence assets in the area, or non-public information on Police Commissioner General Hussien Ali or other suspects, please contact us via wl-kenya@sunshinepress.org Alternatively help fund our investigation of these murders: https://secure.wikileaks.org/

If you are in a position to signficantly fund a reward for conviction or apprehension of the assassins and those behind them, contact: wl-kenya@sunshinepress.org

"The US President-elect also followed closely the post-election violence in Kenya after the disputed General Election last December, personally calling then opposition leader Raila to urge him 'to meet directly with the President without any pre-conditions,' according to The New York Times."

Mullen doesn’t get it; if they wage an illegal criminal war for the oil business and associated interests, that is their fault not wikileaks. So if their people kill off wikileaks people, they are the murderers , not wikileaks. This is typical nazi misattribution.