” … [Bachmann’s]  troubles stem from complaints filed with the Federal Election Commission and the Iowa Senate Ethics Committee in January by Peter Waldron, who served as the national field coordinator for Bachmann’s presidential campaign. … Waldron claims that he has met with investigators, including FBI agents, ‘dozens’ of times about the alleged campaign improprieties. … “

Waldron’s background provides cause for skepticism about his credibility. Most notoriously, in 2006 he was arrested in Uganda on weapons charge and jailed for 37 days. By Waldron’s own account, he was released only after the intervention of President George W. Bush. But Waldron claims that he has met with investigators, including FBI agents, “dozens” of times about the alleged campaign improprieties.

In mid-May, U.S. Rep. Michele Bachmann’s campaign bought roughly $80,000 worth of television advertising in the Twin Cities market. The extraordinarily early ad buy suggested that the four-term incumbent was preparing for a difficult rematch against DFL businessman Jim Graves, whom she defeated by less than 5,000 votes in 2012.

But just two weeks later, Bachmann stunned seemingly everyone by announcing on Wednesday — via a video released in the pre-dawn hours — that she would not be running for re-election. While the conservative firebrand insisted that the decision had nothing to do with allegations of campaign improprieties stemming from her 2012 presidential bid, investigations of those claims — including an inquiry by the FBI — have dogged her for months.

The troubles stem from complaints filed with the Federal Election Commission and the Iowa Senate Ethics Committee in January by Peter Waldron, who served as the national field coordinator for Bachmann’s presidential campaign. Waldron alleges that funds from Bachmann’s leadership PAC, MichelePAC, were improperly steered to Iowa State Sen. Kent Sorenson and GOP operative Guy Short for campaign work.
Waldron’s background provides cause for skepticism about his credibility. Most notoriously, in 2006 he was arrested in Uganda on weapons charge and jailed for 37 days. By Waldron’s own account, he was released only after the intervention of President George W. Bush. But Waldron claims that he has met with investigators, including FBI agents, “dozens” of times about the alleged campaign improprieties.

Waldron says that he takes Bachmann’s statement about why she’s retiring at face value, but he also finds it difficult to believe that the ongoing investigations didn’t play a role in that decision. “She’s under extraordinary pressure,” Waldron said. “I cannot imagine… how she could withstand this kind of pressure. It is immense.”

What role — if any — the investigations played in prodding Bachmann’s decision is impossible to discern at this point. But her choice to step down after four terms has spurred a frenzy of speculation about which Republicans might be looking to take her place on the ballot in 2014. Seemingly every politico with a pulse has been mentioned as a potential challenger since Wednesday’s announcement.

“If I do decide to run, it won’t be something I do lightly,” said Scott, who is serving her third term. “My daughter is a senior in high school next year, and I don’t want something like this to ruin her senior year. There are a lot of things that will have to go into this decision for me.”

Other potential challengers include former state Sen. Amy Koch, former state Rep. Jim Knoblach, Anoka County Commissioner Rhonda Sivarajah, former state Rep. Phil Krinkie, currently president of the Taxpayers League of Minnesota, former U.S. Rep. Mark Kennedy, Iraq War vet and former U.S. Senate candidate Pete Hegseth and former state Rep. Tom Emmer, who was the GOP nominee for governor in 2010.
“Certainly I think many of us were caught by surprise,” said Sivarajah. “It certainly is not a decision that is taken lightly. It needs to have a lot of thought and discussion and consideration.”

Knoblach previously ran for the 6th Congressional District seat in 2006. He finished second to Bachmann at the GOP endorsing convention. “You can put me down as someone who isn’t going to make any immediate announcement but will watch how the field develops,” Knoblach said.

Emmer: strong in the 6th

But the candidate that most political observers believe could dramatically alter the contours of the race is Emmer. Despite losing the gubernatorial contest in a year when Republicans took over the state House and Senate, he remains popular with the GOP base, particularly in the 6th Congressional District. In addition, Emmer’s home base of Wright County is the conservative epicenter of the 6th.

Some believe Emmer could clear the field of serious contenders if he decides to climb into the race. “From an endorsement standpoint, he would be a very, very strong candidate,” said GOP consultant Michael Brodkorb, who has publicly clashed with Emmer in the past. “I don’t know if he was up at 3 a.m., but waking up to discover you could be a member of Congress is pretty powerful.”

Harry Niska, an attorney and GOP activists in the 6th Congressional District, draws a similar conclusion. “I think a lot of people will make decisions base on what he does,” Niska said, speaking of Emmer. “If he doesn’t run, I think it’s going to be pretty wide open.”

Emmer would have to step down as host of a morning drive time, conservative talk show on KTLK (AM 1130). He didn’t return a phone call from Capitol Report seeking comment, but released a statement suggesting that he’s seriously weighing a bid for the congressional seat.

“I have begun discussions with my family and close friends about potentially launching a campaign to represent the good people of Minnesota’s 6th Congressional District,” Emmer said. “I will make my intentions known in the very near future.”

The 6th Congressional District is the most conservative in the state, with a 10 percentage point edge for Republican candidates, according to the Cook Partisan Voting Index. Bachmann had underperformed the district in recent election cycles, winning narrow victories in both 2008 and 2012. Given the ongoing investigations into her presidential campaign, that likely means that whoever becomes the GOP nominee will increase the likelihood of its remaining a Republican seat.

Graves’ decision to drop out of the race on Friday, just two days after Bachmann’s announcement, reinforces that point. “Basically, after all that’s gone on, and with Michele Bachmann now stepping down… the feeling is, ‘Mission Accomplished,’” Graves told MinnPost. The bottom line is that the race just became significantly more challenging for any DFL candidate.

Jack Tomczak, a conservative talk show host who previously worked for Bachmann, explains that dynamic. “There were and are a lot of conservative or right-leaning people who normally vote Republican who vote against Michele Bachmann,” Tomczak said. “Those people won’t get to do that anymore.”

Briana Bierschbach and Steve Perry contributed to this story. 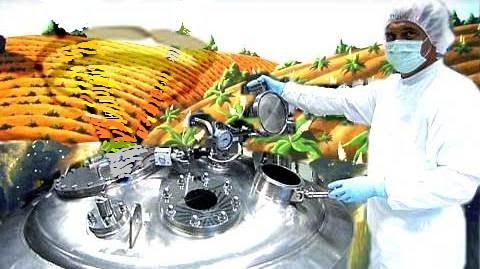