"Contract workers have been involved in — but not punished for — numerous scandals during the Iraq war. ... These contractors were among the interrogators and translators who tortured prisoners at Abu Ghraib prison ... " 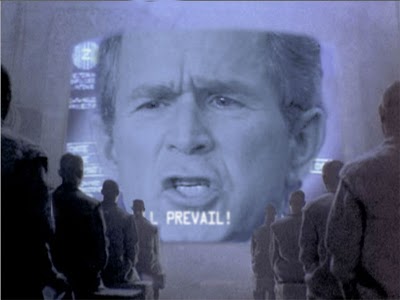 The 145,000 U.S. troops in Iraq are just a little more than half of the personnel on the U.S. payroll involved in military operations there. There are also 126,000 private contractors, a force author Jeremy Scahill calls “the world’s most powerful mercenary army.” 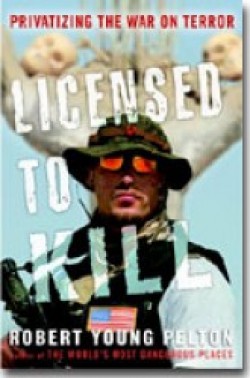 Contract workers in Iraq are wasting millions of dollars, committing crimes — including killings — with impunity, and undermining the efforts of U.S. military personnel to develop trust with Iraqi people, Scahill and filmmaker Robert Greenwald told the House Appropriations defense subcommittee May 10.

The abuses the pair cited are not new, but were being presented for the first time “on the record” before a congressional subcommittee, said Rep. James Moran, D-Va.

Many of the abuses were aired publicly in 2005 during unofficial hearings by the Democratic Policy Committee after Republicans who controlled Congress refused to schedule official hearings. 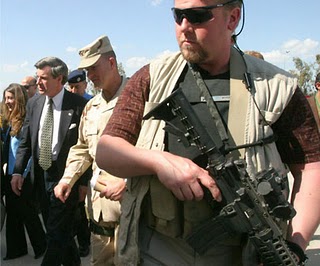 Scahill told lawmakers that heavy reliance on private contractors has enabled the Bush administration to nearly double the number of U.S. forces in Iraq without the general knowledge of U.S. taxpayers.

More ominous, though, contract workers have been involved in — but not punished for — numerous scandals during the Iraq war, the pair claimed.

These contractors were among the interrogators and translators who tortured prisoners at war crimeswar crimes prison, Greenwald said.

In one short period, senior military personnel documented 12 instances in which contract workers shot at Iraqi civilians, killing six, Scahill said, but no contractors were charged with crimes.

Contract employees were granted immunity from prosecution under Iraqi law by Paul Bremmer, head of the Coalition Provisional Authority that ruled Iraq in 2003 and 2004, Scahill said. And they were not subject to U.S. military law.

Truck drivers working for Halliburton routinely drove empty trucks across Iraq because the company is paid by the number of trips, not by the amount of cargo a truck carries, Greenwald said.

Contractors operated massive “burn pits,” where trucks and other equipment were destroyed so that replacements could be bought, because companies received a portion of the purchase price for each piece of equipment, Greenwald told the subcommittee. 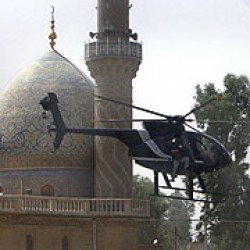 Scahill, who has written a book and articles about use of contractors in the Iraq war, said U.S. special forces troops complained to him that contract security personnel undercut efforts to build trust among Iraqi citizens.

U.S. troops will spend weeks befriending Iraqis, Scahill said, only to have their efforts ruined when armed security forces escorting politicians or convoys barge through communities shooting at people in their way. The Iraqis do not understand the difference between the troops and the contractors. To the Iraqis, “they’re all Americans,” he said.

The extensive use of contractors in Iraq raises questions about the U.S. government’s role in setting and carrying out policies that are innately governmental, Scahill and Greenwald said.

“Privatization of war has created companies that have benefited and stand to benefit” as long as the war continues, Scahill said. “The president shouldn’t be allowed to deploy 126,000 contractors who are not accountable to anyone.”

“Something is seriously wrong” with the way U.S. money is being “spent, abused and wasted on privatization and profiteering” in the war in Iraq, Greenwald said.