The CIA was surprised by Israeli agents' capture of Nazi war criminal Adolf Eichmann in Argentina in 1960, and a subsequent CIA file review uncovered extensive ties between Eichmann and men who served as CIA assets and allies (like Franz Alfred Six and Otto Von Bolschwing), according to the CIA's three-volume Directorate of Operations file and their Directorate of Intelligence file on Eichmann.

Obersturmbannführer (Lt. Col.) Eichmann was originally a member of the SD (Sicherheitsdienst or Security Service), and went on to head Gestapo Section IV B4 (responsible for Jewish affairs) where he helped plan and implement the Holocaust. Eichmann was captured at the end of World War II by allied forces, but managed to escape the internment camp where he was confined in 1946. On May 2, 1960, Eichmann was apprehended by Israeli secret agents in Argentina , where he had been hiding under an assumed name, and smuggled back to Israel to stand trial for his crimes. After a highly publicized trial in 1961, Eichmann was sentenced to death and executed in 1962.

The CIA file on Eichmann includes a number of revelations, including the lack of American intelligence on Eichmann's whereabouts before his capture, as well as a lack of intelligence on the Israeli operation to find and bring him to justice. The documents contained in this names file reveal CIA surprise at the initial capture of Eichmann in Argentina by Israeli agents. After news of the capture surfaced, the Director of the CIA immediately requested that CIA operatives with contacts in the Israeli intelligence service, gather “all possible details” on the operation. In one such interchange between a CIA agent and his Israeli counterpart about the Eichmann capture, the undisclosed CIA agent notes “I opened the conversation by asking him to transmit to [excised] and [excised] congratulations on the final accomplishment of what appeared to be a magnificent job and our desire to help in any way possible. Although we felt sure that [excised] had much more information on the men than we have, nevertheless, there may be captured Nazi war documents in which he might be interested.” [Vol 1, document 49].

Later documents reveal CIA attempts to locate relevant documents in German captured documents, files in the Berlin Document Center in Germany , and other sources like the International Tracing Service. To help strengthen the close ties between the CIA and Israel's intelligence agencies, the Counterintelligence Staff at the Directorate of Operations (headed by James Angleton) combed through the archives and submitted for further research other German officers' names that were mentioned in the Eichmann documents. The consequence was the discovery that some of those linked to Eichmann also had ties to the CIA and the CIA-sponsored West German intelligence service (BND). ( Note 1)

At the top of one of these lists of associated officer names was Otto Von Bolschwing [Doc 7, Vol 2]. Bolschwing “had been Eichmann's tutor on Zionism and the politics of Zionism in the mid-1930s and then his ally in persecuting the Jews of Austria.”( Note 2) After the war, Bolschwing served as an asset first for the Gehlen organization, and was then recruited directly by the CIA for work in Austria . Despite his less than stellar achievements as an asset, the CIA rewarded him for his service by helping him obtain entry and citizenship in the United States. In his essay from the IWG-sponsored anthology U.S. Intelligence and the Nazis, University of Virginia Professor and IWG historian Timothy Naftali details Bolschwing's panic after discovering that Eichmann had been captured by the Israelis. Naftali notes that he went so far as to contact one of his former CIA handlers:

The retired U.S. intelligence officer, who had only a superficial knowledge of Bolschwing's actual career in the SS, could not understand his former employee's anxiety-it was inconceivable that the Israelis would try to snatch Bolschwing on U.S. soil-and so he turned to an acquaintance in the CIA's Counterintelligence Staff to learn more about him. Once Bolschwing's former case officer saw the captured German records found in the torpedo factory, he was shaken, saying that neither he nor others had known about Bolschwing's past, and asserting that 'we would not have used him at that time had we known about it.' Some of what this intelligence officer did not remember knowing had been known by others in the CIA from the moment Bolschwing was hired. ( Note 3)

The 289-document name file on Eichmann was compiled by the CIA in response to the Nazi War Crimes Disclosure Act. It is one of 788 name and subject files released to the Nazi War Crimes and Japanese Imperial Government Records Interagency Working Group (IWG). The CIA name and subject files total close to 60,000 pages, all of which are available to the public at the National Archives and Record Administration at College Park , Maryland . For a full list of names files and their release dates, please refer to this chart compiled by IWG staff. The names files are unique because they contain post-war operational files from the CIA which are normally exempt from review under the FOIA. (The National Security Archive has previously posted names files on Reinhard Gehlen and Adolf Hitler.)

This posting comes in the wake of the CIA's decision to reassess its disclosure policy under the Nazi War Crimes act, and review additional documents sought by the IWG. ( Note 4) The CIA originally resisted efforts to broaden its narrow interpretation of the act, but after a public outcry in late January ( Note 5), they reversed their decision.... 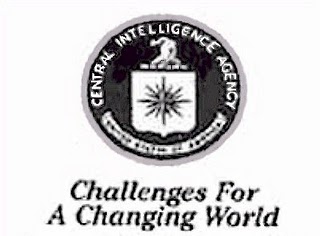 The documents annexed in the CIA names file posted today by the Archive span from the time of the war to the mid 1990s, and include both captured German documents and documents from various U.S. government agencies. As with all the CIA names and subject files, only copies of the documents were released to NARA , not the original documents. The names and subject files are artificial creations made by the CIA for the purpose of obeying the Nazi War Crimes Disclosure Act, while disguising how the CIA organizes its own files. For a more detailed description of the Names Files and the history of their compilation refer to this notice.

Some of the highlights from the CIA name file on Eichmann include:

May 24 and 26, 1960 documents revealing CIA surprise at the capture of Eichmann, requesting more details from an Israeli counterpart on the operation, and offering help in supplying captured Nazi war documents ( Documents 48 and 49, Vol 1) and a later June 15, 1960 document detailing efforts to locate relevant material in the "five-miles" of captured documents ( Doc 13, Vol 2).

Documents detailing the capture of Eichmann by Israel , including specifics on how the Israeli agents determined and verified Eichmann's identity. This included staking out his house in Argentina on the day that would have been his 25th anniversary, and observing him
returning home with flowers and celebrating the date with his wife. He had remarried his original wife under an assumed name, and the agents surmised that that the wife would not be celebrating the original date she married Eichmann, unless it was Eichmann. Another document claims the Israelis also brought in a man who had worked on a kibbutz with Eichmann, who identified him and also engaged Eichmann in a conversation. In the conversation, the man intentionally made several minor mistakes about their past meetings, and Eichmann corrected every one. ( Documents 62 and 66 Vol 1, Documents 85 and 108 Vol 2)
Attempts by the CIA in the wake of Eichmann's capture to gather more information on names connected to Eichmann (Document 7 Vol 2). One CIA memo reveals the fear that incriminating information on such individuals - including Franz Alfred Six (an SS Lt. Col and Eichman's boss from 1936-39, and a section leader in the post-war Gehlen intelligence organization - would make them vulnerable to Soviet recruitment (Document 23 Vol 2).
An August 24, 1962 walk-in of a man claiming to be Eichmann's son, who offered to help capture Josef Mengele in exchange for a changed identity ( Document 72 Vol 3).

1. For further reading on the role of the CIA's Counterintelligence (CI) staff in locating documents and their relations with Israeli intelligence, see Timothy Naftali's essay "CIA and Eichmann's Associates," in U.S. Intelligence and the Nazis, (Washington, DC: National Archive Trust Fund Board, 2004), 339.

3. Ibid, 343. The National Security Archive plans to publish the full CIA names file on Otto Von Bolschwing and four other Eichmann associates profiled in Naftali's essay in the coming weeks.