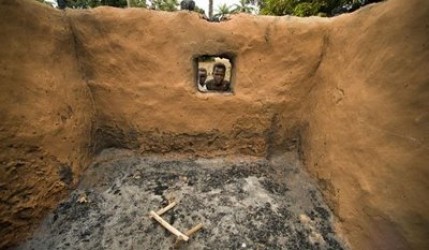 DUNGU, Congo: The American military helped plan and pay for a recent attack on a notorious Ugandan rebel group, but the offensive went awry, scattering fighters who carried out a wave of massacres as they fled, killing as many as 900 civilians.

The operation was led by Uganda and intended to crush the Lord's Resistance Army, a brutal rebel group that had been hiding out in a Congolese national park, rebuffing efforts to sign a peace treaty. But the rebel leaders escaped, breaking their fighters into small groups that continue to ransack town after town in northeastern Congo, hacking, burning, shooting and clubbing to death anyone in their way.

The United States has been training Ugandan troops in counterterrorism for several years, but its role in the operation has not been widely known. It is the first time the United States has helped plan such a specific military offensive with that country, according to senior American military officials. They described a team of 17 advisers and analysts from the Pentagon's new Africa Command working closely with Ugandan officers on the mission, providing them with satellite phones, prized intelligence and $1 million in fuel.

No American forces ever got involved in the ground fighting in this isolated, rugged corner of Congo, but human rights advocates and villagers here complain that the Ugandans and the Congolese troops who carried out the operation did little or nothing to protect nearby villages, despite a history of rebel reprisals against civilians.

The troops did not seal off the rebels' escape routes or deploy soldiers to many of the nearby towns where the rebels slaughtered people in churches and tried to twist off the heads of toddlers.

"The operation was poorly planned and poorly executed," said Julia Spiegel, a Uganda-based researcher for the Enough Project, which campaigns against genocide. The massacres were "the LRA's standard operating procedure," she said. "And the regional governments knew this."

American officials conceded that the operation did not go as well as intended, and that villagers had been left exposed.

"We provided insights and alternatives for them to consider, but their choices were their choices," said one American military official who was briefed on the operation, referring to the African forces on the ground. "In the end, it was not our operation."

Major Felix Kulayigye, a Ugandan military spokesman, declined to discuss the American involvement and simply said, "There was no way to prevent these massacres."

The Lord's Resistance Army is now on the loose, moving from village to village, seemingly unhindered, leaving a wake of scorched huts and crushed skulls. Witnesses say the fighters have kidnapped hundreds of children and marched them off into the bush, the latest conscripts in their slave army.

Here in Dungu, a 10-year-old girl lay comatose on a bare metal hospital bed, her face glazed with sweat, her pulse hammering in her neck. She had been sexually assaulted in a nearby village and shot in both legs, bullet through bone.

"The people who did this," said her nurse, Rosa Apamato, "are demons."

This used to be a tranquil, bountiful spot where villagers grew corn, beans and peanuts, more or less untouched by the violence that has plagued the eastern part of this country. But thousands have recently fled, and the town is now crawling with soldiers, aid workers and United Nations personnel, the movable cast that marks the advent of a serious problem.

The villagers who remain are terrified and confused. The Lord's Resistance Army is not a Congolese movement. It is from Uganda. But once again, it seems that foreign armies are battling it out in Congo, and the Congolese are paying the price. In the late 1990s and early 2000s, Congo became the battlefield for more than a dozen armies and rebel groups from neighboring African countries, and several million Congolese died.

"Who are these LRA?" asked Bertrand Bangbe, who had been axed in the head and left for dead. "Why are they here? Why are they killing us?"

There are few answers. The Lord's Resistance Army may have had some legitimate grievances when it started more than 20 years ago as a cultish rebellion to overthrow the Ugandan government. The fighters hailed their leader, Joseph Kony, as a prophet and a savior for the historically oppressed Acholi people. The movement even proclaimed to be fighting for the Ten Commandants.

But it soon devolved into something more sinister. The Lord's Resistance Army killed tens of thousands of people in northern Uganda, slicing off people's lips and terrorizing children, before the Ugandan Army drove it out about five years ago. Kony then marched his prepubescent death squads and dozens of teenage brides to Garamba National Park, a vast reserve of elephants and swamps near the border of Uganda and Sudan.

he Ugandan government has tried coaxing Kony out. But the International Criminal Court in The Hague has indicted him on charges of crimes against humanity, and he has long insisted the charges be dropped. In November, as he has many times before, Kony refused to sign a peace treaty.

After that, Major Kulayigye said, "the only option left open to us was the military option."

The Ugandan government asked the American Embassy in Kampala, Uganda's capital, for help, and the request was sent up the chain of command in November to President Bush, who personally authorized it, a former senior Bush administration official said.

The American advisers and Ugandan officers used satellite imagery and Ugandan field intelligence reports to triangulate where they believed Kony and his fighters were hiding. The plan was for the Ugandan military to bomb his camp and then cut off his 700 or so fighters with more than 6,000 Ugandan and Congolese ground troops. On Dec. 13, the day before the attack, several American advisers traveled to a staging site near the Uganda-Congo border for a final coordination meeting, a senior American military official said.

Thick fog delayed the attack by several hours, Ugandan officials said, and they lost the element of surprise. By the time Ugandan helicopters bombed Kony's hut, it was empty. Ugandan foot soldiers, hiking many miles through the bush, arrived several days later and recovered a few satellite phones and some guns.

The Ugandans say they have destroyed the rebels' control center and food supplies, rescued around 100 abducted children and killed several fighters, including some commanders. But the operation has been widely criticized by human rights groups as essentially swatting a hornet's nest.

On Dec. 25, around 5 p.m., villagers in Faradje, a town near the national park, walked out of church as 50 to 70 armed men emerged from the bush.

Most villagers had no idea who they were. Some Congolese towns had been attacked before the offensive, yet the raids were not so widespread that word would have trickled back to remote places like Faradje.

The armed men spoke a strange language (probably Acholi), but there was no misunderstanding them after the first machete was swung. Whoever could run, did. Christine Ataputo, who owns the one restaurant in town, watched from the forest floor as the rebels raped, burned and butchered. She was lying on her belly when she saw that her 18-year-old daughter, Chantal, had been captured.

"They took her away on a rope," she said.

Chantal has not been seen since, and even more than a month later, Faradje still has the whiff of char. Around 150 people were killed Christmas Day. Several other villages, some more than 100 miles away, were simultaneously attacked. In one town, after the rebels killed 80 churchgoers, they ate the villagers' Christmas feast and then dozed among the corpses, according to Human Rights Watch, which documented the massacre.

"These guys are just moving around, doing whatever they want, killing, raping, whatever," said Charles Gaudry, a field coordinator for Doctors Without Borders, which says more than 50 villages in the area where it works have been attacked. "There's zero protection."

The United Nations has more than 16,000 peacekeepers in Congo, including about 250 in Dungu. But United Nations officials said they were spread too thin in other war-racked parts of eastern Congo to take on the Lord's Resistance Army. At the time of the nearby massacres, the peacekeepers in Dungu were guarding the airfield.

Villagers across the area are now banding together in local self-defense forces, arming themselves with ancient shotguns and rubber slingshots. In the past in Congo, home-grown militias have only complicated the dynamic and led to more abuses.

Even where there are Congolese troops, there is not necessarily protection. The family of the 10-year-old girl in the hospital said she might have been shot by a Congolese soldier who missed the rebel who was assaulting her.

The other night, by the light of a flashlight, a young doctor took one look at the girl and ordered her evacuation to Goma, a city along the Congo-Rwanda border. She may lose one of her legs, he said. But at least in Goma there is a special hospital to treat girls who have been raped. In eastern Congo, there are tens of thousands, if not hundreds of thousands, of them.