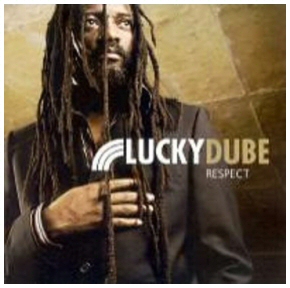 “… leading music producer and top executive of entertainment conglomerate Urban Bew says it could have been a hit because nothing was stolen from him. ‘They shot him at close range to make sure he did not survive,’ he said. …”

Unlucky Dube, but the biggest loser is Africa

TO MILLIONS OF AFRICANS, THE COLD-blooded murder of reggae superstar Lucky Dube has silenced their voice of hope. But it is to South Africans that the death of one of their most consistent peace messengers was most devastating. Dube used his music to preach inter-racial harmony and consciousness.

South Africa is yet to heal from the wounds of years of racial segregation. It faces the harsh reality of being what analysts describe as a country with one of the most obvious social inequities in the world.

Unlike celebrities in other spheres of show business, musicians tend to relate more closely with the impoverished masses who constitute their largest constituency for shows and record sales. Musicians’ visibility, however, makes them easy targets in areas where crime is perceived as the way of life.

But debate is still raging in South Africa as to whether Dube’s murder was a hijacking gone badly wrong or a hit. Speaking exclusively to The EastAfrican, Abe Sibiya, a leading music producer and top executive of entertainment conglomerate Urban Bew says it could have been a hit because nothing was stolen from him.

“They shot him at close range to make sure he did not survive,” he said.

“Police are investigating his close circle of friends and those he has dealt with recently. South Africa is in a state of shock and embarrassed about this. It is absolutely horrendous,” he added.

This danger was noted in a condolence message by Senegalese superstar Youssou N’Dour who pointed out that this was not the first time a musician was killed in South Africa.

“For me, the question about insecurity, especially in South Africa, is that it targets people’s messengers,” he said.

In a country that was deeply divided by apartheid, Dube used his music to mend the huge divide between whites and blacks, the poor and the rich preaching human consciousness with a message of peace for all.

He once told a shocked reporter that not all the black people were his brothers and not all the whites his enemies to underline his ideology that kinship was about a shared concern for humanity.

The insecurity faced by musicians is not unique to South Africa however. It is equally bad even in the West. But Dube’s death, tragic at it is, raises fresh concerns about celebrity deaths and numerous conspiracy theories that surface whenever a big name musician is killed.

In America, the murders of musicians John Lennon in the early 1980’s and Tupac Shakur in the 1990’s continue to fuel speculation on probable motives and feed conspiracy theories; … in the case of Lennon there are claims of a probable CIA involvement to silence one of the most active anti-war campaigners in the world.

Since the 1980’s, cases of celebrity deaths have also been attributed to turf wars as cartels squared it off for control of music business in their zones. But instances of celebrities dying in everyday urban crimes are rare because stars such as Dube have bodyguards or are well liked and, therefore, perceived to be immune to the violence around them.

Last week police in South Africa named a special investigations team to investigate the murder. One of the disturbing questions is whether the assailants knew their victim. If they did, was there another motive to the killing?

Dube was shot dead in the Johannesburg suburb of Rosettenville after he dropped his teenage son at a relative’s home. He attempted to drive off with gunshot wounds but was too weak to control the car crashing into a tree and died.

THE KILLING OF DUBE – rated among the top reggae artistes in the world – has drawn attention to the high crime rate in South Africa with an estimated 20,000 homicides per year.

In a statement, President Thabo Mbeki mourned the singer, saying, “It’s indeed very, very sad that this happens to an outstanding South African, an outstanding musician who is world renown. We shall continue to act together as a people to confront this terrible scourge of crime which has taken the lives of too many people and does every day.”

Angry politicians are calling for renewed efforts to curb the homicide rate and some have called for the return of the death penalty as a last ditch effort to fight violent crime in that country.

In Kenya, Orange Democratic Movement-Kenya’s presidential aspirant Kalonzo Musyoka in a paid up newspaper advertisement mourned the passing of Dube who he described as a great inspiration to the youth.

But Dube was not the only high profile musician to die at the hands of gunmen in South Africa. In 2004, singer Ben Shabalala who had retired from the world-renowned South African accappela group Ladysmith Black Mambazo, to spend more time with his family was shot dead as he dropped off his children to school.

In Kenya, upcoming rapper Krupt was shot dead in a botched robbery in a public service vehicle in Nanyuki following a heated exchange with the robbers.

As a reggae star, Dube is reputably Africa’s greatest artiste, selling millions of records internationally, winning major music awards and played to packed venues at major festivals. His album, Victim, reportedly sold a million copies. He won the best selling African Artiste award at the 1996 World Music Awards festival held in Monaco. He has recorded 20 albums since 1981, his last being Respect, which was released last year.

In East Africa, Dube drew an estimated 80,000-strong crowd at the Nakivubo stadium in Uganda setting a record for concert attendance in the country. Dube was scheduled to tour Uganda for fifth time in April 2008

He visited Kenya twice, the last time being at the Guinness Sunbeat reggae festival at Jamhuri Park where he shared the top billing with Jamaican reggae star Maxi Priest on what was reputably the biggest reggae festival ever held in the country. His high energy performance made him an easy favourite and drew thousands to the event held in the outskirts of Nairobi.

His songs, Rasta never die and Together as one have been favourites in the East Africa region where his music has had a huge market for over a decade.

With the high profile murder attracting international coverage, Dube’s death has drawn similar passionate coverage as that of Matoub Lounes, the Algerian Berber musician who was killed in 1998 in a murder that was blamed on the government. He was shot 75 times, but there was no eye witness to identity the assailants.

Lounes was a vocal critic of the Algerian authorities’ mistreatment of the Berbers. His murder sparked riots in major Algerian cities causing deaths of several fans as they battled riot police sent to squash the violence.

In the 1980s, the late Lwambo Lwanzo Makiadi narrowly escaped an assassination attempt in Paris where he was on tour. His security foiled an attempt on his life in a plot allegedly hatched by Congolese exiles.

But while Dube’s murder may be explained as a simple act of urban crime those of Lennon and Tupac are still the subject of debate and speculation. 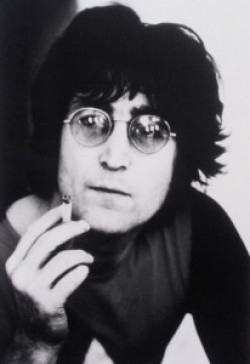 A THEORY BY MAE BRUSSELL – an American researcher in assassinations and conspiracies – sees a political motive in the slaying of Lennon. Brussell suggests a CIA hand in the death.

The original story was that Lennon was killed by Mark Daniel Chapman described as an obsessive fan who suffered mental disorder. However, Brussell has theorised that Chapman may have been a dummy in the killing, and that Lennon may have been killed to stop him from leading protests against American aggression. The researcher finds a parallel with JFK assassination where claims of a second assassin have been flouted although no proof has been presented.

Says Brussell, “The murder of Lennon is the tragic finale to an entire era, the reminder that once an artiste becomes as popular and as political as he was, his enemies will be waiting to make sure his message is never heard again.”

If Brussell was to be believed even the deaths of Jimi Hendrix, Jim Reeves, Elvis Presley and many others blamed on drug abuse were premeditated. She claims that though the artistes were known drug users, it is possible somebody laced their drugs with lethal chemical leading to fatal consequences. …

But obviously Shakur did not attract much sympathy from his music industry colleagues who generally blamed him for the violence that rocked the hip hop music scene. However, the murder of another musician Notorious B.I.G rallied the industry to look into the situation and largely helped deal with the violence.

Murders are routinely reported in Johannesburg, but the killing of high profile artistes often forces authorities to take a closer look at the horrifying statistics sweeping through the country. But the interest is often shortlived.

For the music business, the issue of a possible conspiracy is bound to be the profound and many may want to establish if the murder was planned or if the reggae star just happened to be at the wrong place at the wrong time.

Organised criminal gangs controlling businesses in South Africa is not new but it may be interesting to see the clues that emerge from the ongoing investigations. It is a worrying trend in a country where protectionist gangs ran night clubs and other areas of the lucrative business.

Unless this investigation comes up with concrete results, Dube’s death will be just another statistic. And Africa’s music scene will be the poorer. 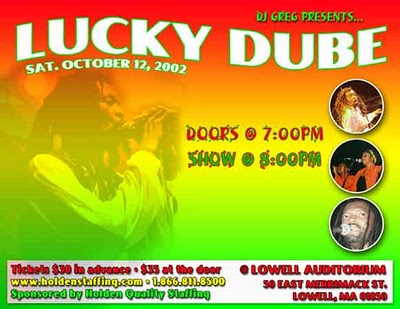 The four men accused of the murder of reggae star Lucky Dube had their case postponed in the Johannesburg magistrate’s court on Tuesday.

Sifiso Mlanga and Julius Gxowa – both from Mozambique – and Thabo Mafoping and Mbofi Mabe face charges of murder, attempted hijacking and the possession of an unlicensed firearm and ammunition.

Dube was shot dead in a botched hijacking in Rosettenville, Johannesburg, while dropping off his teenage son and daughter at a relative’s house.

‘How can the government allow such a thing to happen?’
The men’s first court appearance took place earlier this month in a courtroom packed with supporters of Dube.

On Tuesday, the four men appeared briefly in the dock.