In his famed televised Checkers speech, delivered on September 23, 1952, Vice President Nixon defended himself against accusations that he had accepted an illicit $18,000 political donation, and  used the money to cover personal expenses. Nixon denied the accusation, but did acknowledge that his dog Checkers was a political gift.

Nixon began: "My Fellow Americans, I come before you tonight as a candidate for the Vice-Presidency and as a man whose honesty and integrity has been questioned. Now, the usual political thing to do when charges are made against you is to either ignore them or to deny them without giving details. I believe we have had enough of that in the United States, particularly with the present Administration in Washington, D.C. To me the office of the Vice Presidency of the United States is a great office, and I feel that the people have got to have confidence in the integrity of the men who run for that office and who might attain them. I have a theory, too, that the best and only answer to a smear or an honest misunderstanding of the facts is to tell the truth. ..."

Did Nixon come clean? Or was America treated to an early glimpse of Tricky Dick, the oily crook we would come to know and loathe in the '70s? 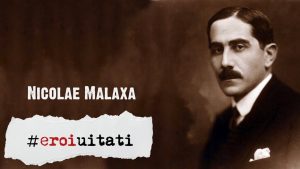 May 7 - One of the most memorable moments in 20th century politics was Richard M. Nixon's 1952 "Checkers" speech. The favorable public response to his defense of a secret fund he had as senator persuaded Dwight D. Eisenhower to keep him on the Republican ticket, and Nixon became vice president when Ike won.

The fund consisted of contributions by Nixon's business friends to help him defray the cost of running his senatorial office. The fund came to less than $20,000, and most of the money was given by Whittier, Calif., businessmen.

That wasn't it at all, says author Peter Grose, author of the new "Operation Rollback," who also wrote "Gentleman Spy: The Life of Allen Dulles."

Grose says Malaxa's Romanian rivals told the CIA that Malaxa had given $100,000 checks to Nixon and his brother Ed. He implies that the $200,000 went into the fund. After the story leaked, the result was the Checkers speech. The Romanian rivalry was part of the undercover war that the United States was waging to roll back the spread of communism in Eastern Europe.

Grose says that the Truman White House concealed its knowledge of the Malaxa money out of fear of implicating Democrats as well as Republicans, since Malaxa had retained Adolf A. Berle, a prominent Democrat, as his attorney. It also wanted to avoid any investigation of its undercover operations in Europe. The plant was never built, but Malaxa got his green card from the Eisenhower administration.

"Operation Rollback" reads like a great spy novel set in the coldest days of the Cold War. Grose lifts the curtain on what America did secretly between 1947 and 1953.

Nicolae Malaxa maintained business links with Nazi Germany as early as 1935. At a time when Nazi Germany was gaining more influence in Romania, Nicolae Malaxa collaborated with Hermann Göring in confiscating the assets of the Jewish Auschnitt (who had been arrested and prosecuted on false charges in September 1939),Veiga, pp. 267, 278. and subsequently placed his industrial empire in the service of the Reichswerke during World War II."Nazis Get Steel Works", in The New York Times, February 22, 1941.Veiga, p. 267.

Nicolae emigrated to the US gratis the secret sponsorship of Frank Wisner's Office of Policy Coordination, the notorious postwar Nazi recruitment program. Malaxa hired Richard Nixon to represent him against attempts by the Immigration and Nautalization Service to deport the former Iron Guard leader. In 2018, New York Times reporter Ralph Blumenthal recalls learning that Malaxa was living in America under the protective wing of the intelligence community:

"In 1973, after a posting in West Germany, I met the former chief trial attorney for the Immigration and Naturalization Service, Vincent A. Schiano, who had brought the case against Mrs. Braunsteiner Ryan, and another against a former financier of the Romanian fascist Iron Guard, Nicolae Malaxa, a California neighbor of then-Senator Richard M. Nixon. Now accused of unspecified irregularities and demoted, Mr. Schiano and his chief investigator, Anthony J. DeVito (a cousin of “The Godfather” author, Mario Puzo), resigned, alleging they had been officially undermined by government superiors who seemed bent on thwarting their Nazi cases.

Immigration officials protested, but it opened the door on long-secret Cold War machinations by U.S. intelligence agencies to recruit and shelter Hitler’s top scientists and reliably anti-Communist Eastern European Nazi henchmen. Indeed, one of the 38 people on a list the government was now prodded to investigate was a renowned space medicine doctor in Texas, Hubertus Strughold, accused of conducting human-guinea-pig experiments on prisoners at Dachau. ..."

Operation Sarkozy: How the CIA Placed one of its Agents at the Presidency of the French Republic