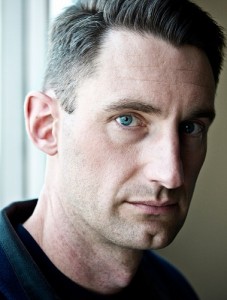 Add Portland Police Capt. Mark Kruger next to Ohio congressional candidate Rich Iott on the list of people whose love of the Nazis has come back to bite them this year. Kruger finally admitted to erecting an elaborate memorial to five Nazi soldiers in Portland's Rocky Butte Park sometime between 1999 and 2001.

And after an investigation uncovered the seemingly forgotten monument, he's now been suspended for two weeks with no pay and will have to attend a class called "Tools for Tolerance."

The homage, which he called "Ehrenbaum," German for "Honor Tree," was a series of five plaques, each dedicated to a different dead Nazi soldier. The memorial stood for some time in the park until Kruger landed himself in trouble for using excessive force during downtown Portland riots and was investigated by the department's internal affairs division.

At that point, Kruger removed the plaques and gave them to the city attorney's office, because the whole I'm-a-big-fan-of-the-Nazis thing doesn't help when you're trying to prove you don't occasionally go a little overboard with the use of force.

They were kept hidden away there for years, until now.

​It's worth mentioning that the story bears some familiarity to one Rich Iott, who was running a decent campaign as a Tea Party -backed Republican for Ohio's 9th District congressional seat until photos surfaced that showed he liked to play Nazi dress up.

Needless to say, Rich Iott is not a member of the United States House of Representatives.

Kruger, however, after penning an apology letter, will get his badge and gun back in a couple weeks.