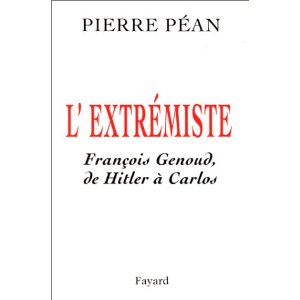 Leaders of the Muslim Brotherhood found the Al Taqwa Bank. This bank will later be accused of being the largest financial supporter of al-Qaeda, Hamas, the GIA in Algeria, and other organizations officially designated by the US as groups that sponsor terrorism. For instance, the Treasury Department will later claim that $60 million in funding for Hamas will pass through Al Taqwa in 1997.

The bank is mostly based on both sides of the border between Swizterland and Italy, but important branches are established in Liechtenstein and the Bahamas as offshore tax havens. [US Department of the Treasury, 8/29/2002] Newsweek will explain, “Al Taqwa, which means ‘Fear of God,’ was launched … by leaders of the Muslim Brotherhood, a secret society devoted to the creation of a worldwide Islamic government. The Brotherhood wanted to create a financial institution in which devout Muslims could invest their money. It would operate under strict Islamic law, which prohibits banks from charging interest. But investigators believe the convoluted structure of Al Taqwa made it easy to use as a money-laundering mechanism.…

The [central] operation consisted of four men working at computers in a small apartment in Lugano, Switzerland. Lugano, which sits near the Italian border, is a kind of Alpine Tijuana, well known as a haven for tax evaders and money launderers.” [Newsweek, 3/18/2002] Reportedly, in 1995, Italian investigators will tell a Swiss prosecutor that Al Taqwa and related entities comprise “the most important financial structure of the Muslim Brotherhood and Islamic terrorist organizations.” [Salon, 3/15/2002]

Six members of the bin Laden family are among the original contributors to the Bahamas branch. [Wall Street Journal, 12/17/2001] A number of the bank’s leaders have ties to Nazism or fascism. For instance, when board chairman Youssef Nada was a young man, he allegedly worked with both the armed branch of the Muslim Brotherhood and Nazi Germany military intelligence.

Ahmad Huber, a Swiss convert to Islam previously known as Albert Huber, is both a director of the bank and an open neo-Nazi. He proudly displays portraits of Adolf Hitler and Osama bin Laden next to each other in his house. [Washington Post, 4/29/2002; Asia Times, 11/8/2002] According to a reporter who will interview him in 1995, Huber’s office is adorned with portraits of Hitler, Nazi leader Heinrich Himmler, and Islamic militants. [Boston Herald, 11/8/2001] Huber will spend decades attempting to forge links between the neo-Nazi movement and the radical Muslim movement, speaking to and networking with both groups. He will be quoted around 2001 saying that the al-Qaeda leaders he met in January 2001 are “very discreet, well-educated, and very intelligent people.”(see Late January 2001). [Financial Times, 11/8/2001; Playboy, 2/1/2002] 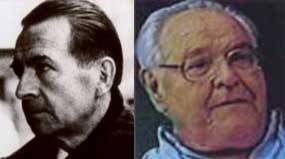 The founder of Al Taqwa appears to be Francois Genoud, who will die in 1996. Genoud is a Swiss lawyer who funded the Nazis and served as a Nazi agent during World War II. After the war, he funded the secret Odessa organization, which enabled many notorious Nazi fugitives to escape to safe havens in South America and elsewhere. Authorities believe that Genoud uses Al Taqwa to fund international militants like Carlos the Jackal and bin Laden. He also paid for the legal expenses of ex-Nazis such as Klaus Barbie and Adolf Eichmann. Many Muslim radicals and neo-Nazis share a strong hatred for Jews and the United States. [San Francisco Chronicle, 3/12/2002] Al Taqwa will be shut down shortly after 9/11 for its support of al-Qaeda, Hamas, and other groups officially designated as terrorist organizations (see November 7, 2001).

LAUSANNE, Switzerland, June 2— Francois Genoud, a Nazi sympathizer who became a banker for Arab militants and defender of terrorists, committed suicide by poison on Thursday with the help of a Swiss pro-euthanasia group, a family spokesman said. He was 81.

Mr. Genoud, who made a fortune from publishing the diaries of Josef Goebbels, the Nazi propaganda chief, helped set up the Arab commercial bank in Geneva in 1958. The bank was active in lending money to Arab nationalist groups and held the fighting fund of the Algerian independence movement.

In a biography published this year, Mr. Genoud said he had worked closely with the Popular Front for the Liberation of Palestine, which carried out attacks against Israel and Jewish interests.

Mr. Genoud was a friend of the terrorist known as Carlos the Jackal and helped finance his defense after his 1994 arrest. Mr. Genoud also helped pay for the defense of the former Gestapo chief Klaus Barbie, known as the Butcher of Lyon.